The Vast Influence of Ibn Sina, Pioneer of Medicine

In the 11th century CE, science was rapidly advancing in the Islamic world. The scholar Ibn Sina (Avicenna) synthesized its medical wisdom. One thousand years ago, medicine not only looked different from what it is now, it also varied geographically. While many of the scientific texts of the Greeks were lost to Europe until the 12th century CE, in the Islamic world, the works of Galen, Hippocrates, and Aristotle were being read, discussed, translated, and taught to scholars and physicians.

One of those early “doctors” was the Persian polymath Ibn Sina (980-1037), known in the West as Avicenna. By the age of eighteen, he was the court physician to the sultan of Bukhara (in present-day Uzbekistan). He would go on to write 450 works covering a broad range of scientific and philosophical subjects, while also having to move frequently in an empire in turmoil, trying to find benefactors and avoid being on the wrong side of conflicts.

The Canon codified and categorized the theories and practices of Greek medicine, and incorporated material from Indian and Chinese medicine.

His great medical work, The Canon of Medicine (Al-Qanun fi al-Tibb) was five volumes, spanning thousands of pages. It became the standard reference and textbook for physicians for some 600 years, translated into Latin, Hebrew, Turkish, Persian, and Irish Gaelic. The Canon codified and categorized the theories and practices of Greek medicine, and incorporated material from Indian and Chinese medicine available to Islamic scholars, such as the use of medicinal herbs, spices, and compounds to treat illness.

When encountering the work today, it’s clear that much would be considered metaphysical: the idea that the body is a small model of the universe, or that the internal “elements” of earth, air, fire, and water are instrumental in the maintenance of health. Indeed, current medical practice in India that still uses Ibn Sina’s text has been deemed “quackery” in that country’s Supreme Court. However, sections of the Canon dealing with applied (rather than theoretical) medicine seem modern: cataract surgery, the use of forceps during difficult infant deliveries, and an approach to scientifically testing drugs for efficacy and dosage, in effect creating the framework for clinical trials.

Ibn Sina’s medical legacy may be easily found in the numerous physician societies and medical schools named for him, as well as prizes for researchers and practitioners. In 2002, UNESCO created the Avicenna Prize for Ethics in Science, awarded every two years. As befits an honor named for a scholar whose approach to science was nothing if not holistic, the 2019 award went to Donald Brown, a law professor focused on environmental ethics and climate change. 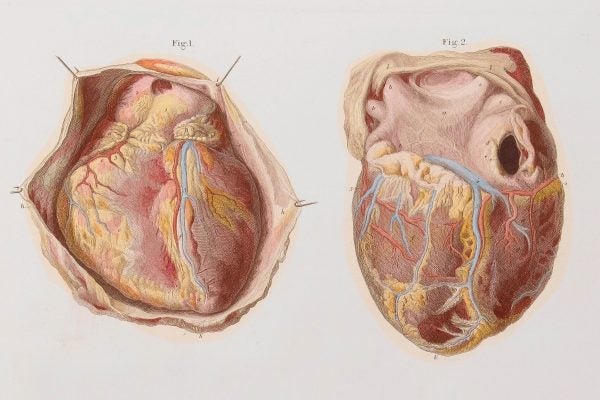 Who Really Discovered How the Heart Works?

For centuries, the voice of the Greek doctor Galen, who held that blood is produced in the liver and filtered through tiny pores in the heart, went unchallenged.