Surf movies of the 1950s and 1960s only seemed squeaky-clean. Just beneath the surface was rebellion, rule-bending, and an embrace of the “other.” 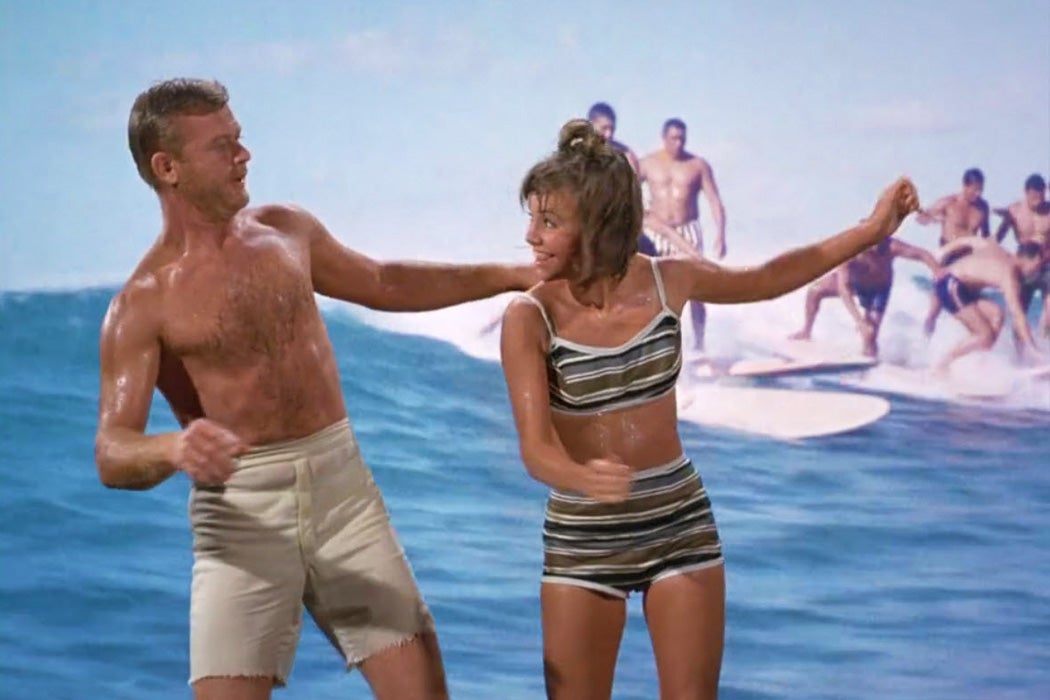 The surf movies and television shows of the late 1950s and early 1960s were filled with innocent, sun-soaked fun. But were their safe storylines and conventional morals the key to their appeal? Film and media scholar R.L. Rutsky thinks not. He finds undercurrents of nonconformity in seemingly squeaky-clean films like Gidget and Beach Blanket Bingo.

Rutsky sees the movies as a bridge to the countercultural explosion embodied in later films like Cool Hand Luke and The Graduate. Though their exteriors are laden with mainstream sexuality (Will Gidget and Moondoggie kiss? Can Frankie win back Dee Dee’s affection by winning a drag race?), the movies tempt audiences with the undercurrents of nonconformity embodied by surf culture.

“The very idea of a beach party suggests teens listening to rock-and-roll music and dancing in a way that was already seen by the guardians of morality as heavily sexualized.”
R.L. Rutsky

At the time, surfing was still a new phenomenon associated with Beatniks and dropouts—a lifestyle choice that confused parents and tempted teenagers. That lifestyle is on full display in surf movies, which appropriate Beat elements like bongo drums. These films also feature characters, such as Gidget’s Big Kahuna, who have opted out of the conformist, workaday culture of the 1950s, and whose surfing skills, free-flowing friend groups, and leisure activities were especially appealing to teenagers.

Teenagers were also drawn to the music of surf movies. Frankie Avalon, Annette Funicello, and Fabian were just a few of the teen stars whose sanitized rock provided the films’ soundtrack. “The very idea of a beach party suggests teens listening to rock-and-roll music and dancing in a way that was already seen by the guardians of morality as heavily sexualized, and doing so in the titillating attire of swim trunks and, especially, bikinis,” Rutsky writes.

The films embraced a sense of wildness and freedom. Rutsky documents the films’ obsession with cultural “others,” from the scandalous bikini to the appropriation of a vaguely “Polynesian” aesthetic. He writes:

However much these films appropriate and exoticize the pleasures of the “other,” however much they play on the stereotypes of wildness and primitivism, they still present us with the desire of white, middle-class American youth for something different from the status quo.

Those beach blankets hid a titillatingly transgressive sense of possibility for teens who were soon to burst into open rebellion as the counterculture subsumed the 1960s. 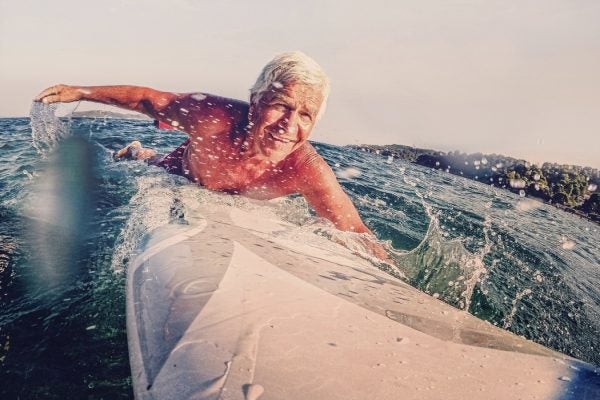