The Strange Life of Punctuation!

Punctuation is often a symbolically loaded. Is there anything else so heavily regulated, codified and coddled as the period, comma, or exclamation point? 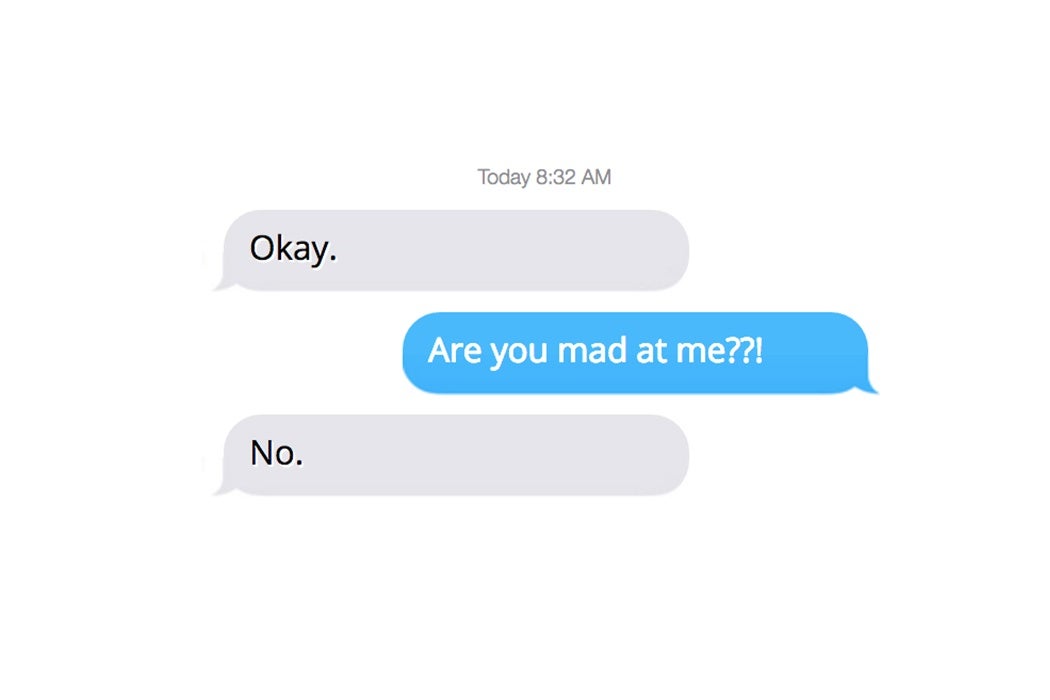 Poor punctuation: all rules and no play. Countless style guides over the ages have prescribed the exacting rules for where to put your em-dashes, your en-dashes, your commas, your Oxford commas, your colons—and let’s not even talk about the semi-colon, which has been known to incite fury and debate in even the mildest of punctiliously-inclined folk. Is there anything else so heavily regulated, codified, and coddled as these dull chicken scratchings of written language? Just… follow the rules and no one gets hurt.

“People don’t know why they get so upset about language,” says linguist David Crystal, but for some reason, they do, especially if you appear to break a rule about punctuation. Linguists like Crystal and Gloria E. Jacobs have all heartily assured us that there’s really nothing to fear about innovative linguistic uses of punctuation in the internet age—it certainly doesn’t mean the end of literacy for the texting generation, quite the opposite in fact… but to no avail. The moral panic is real

For instance, you may have heard recently that recalcitrant texters (and the journalists describing them) have been leaving off periods at the end of their perfectly good sentences for some reason. A recent study has determined that text messages ending with the humble period can weirdly seem less sincere (compared to the exact same messages with periods on a handwritten note). For some, adding a period in online text might even signify anger, according to Ben Crair in the New Republic:

“The period was always the humblest of punctuation marks. Recently, however, it’s started getting angry. I’ve noticed it in my text messages and online chats, where people use the period not simply to conclude a sentence, but to announce ‘I am not happy about the sentence I just concluded.’ … ‘No.’ shuts down the conversation; ‘No … ’ allows it to continue.”

Ok. The neutrality of the period has up until now been undisputed in written language. It just marks the full stop of a sentence, nothing more, and yet… You really wouldn’t think the loss of a tiny dot would elicit such interest.

What’s a punctuation mark to do in a messaging world?

So it seems far from being a boring and remorseful assemblage of dots and dashes, “punctuation is not so barren a field for the study of human nature as the reader may think”, says E. L. Thorndike, in the 1949 paper “The Psychology of Punctuation.” We might think the rules for punctuation are set in stone, but plenty of writers of the past have monkeyed around with punctuation styles, with certain marks going in and out of fashion, depending on who you read (looking at you, H.G. Wells). Thorndike points out that “more than one tenth of the punctuation marks in the first folio Shakespeare (1623) and the first printing (1611) of the King James version of the Bible were colons. They now number about 1.5%” (in contemporary texts). Unlike the decline of the colon, that sneaky ellipsis “…” has gone from an unknown quantity to being peppered all over the place, where “:” and “—” fear to tread. (And it being 1949, all these marks were probably counted by hand, which just goes to show how passionate some people can get about punctuation marks).

“there is no element in which language resembles music more than in the punctuation marks. The comma and the period correspond to the half-cadence and the authentic cadence. Exclamation points are like silent cymbal clashes, question marks like musical upbeats”

—and not without reason. Punctuation started out as free and easy prosodic units, meant to help the reader read out loud to an audience with all the requisite intonation, tone, pitch and pauses intended by an absent author. Punctuation, in a sense, reminds you that language is really spoken, even if it’s written. Punctuation marks started petrifying in their current places as writers and printers developed codes and customs for the more silent literary language meant to make you sound as though you’ve been to college (as Kurt Vonnegut might have it). So learning to put the right punctuation in the right place among all the written words thus becomes less about speech and cadence and more about a display of literacy and prestige. Punctuation became marks of good grammar. Which I guess is not a bad thing in a crowded paragraph if punctuation gives you order and clarity of meaning and thought.

So what’s a punctuation mark to do in a messaging world? Frankly, internet or online speech is much less classy than formal writing. The use of punctuation in texting, online chat, and instant messaging has certainly evolved quite rapidly, sometimes past recognition for some. So much so that according to linguist Lauren Squires, internet language has developed into another register of language—some might say another dialect, with its own evolving distinctive forms and social meanings, intentions, and subtextual negotiations. Consider linguistic innovations such as acronyms (the old standby “brb,” often pronounced as written), abbreviations (the already outd8ed “gr8” beloved by flip-phoners old and new), spelling variants that reflect the sound of speech and emphasis within the text (“sooo gooood”) and of course also (omg) punctuation!!!!! There’s a lot to say about punctuation and its strange life slash sometimes mysterious disappearance in the internet age.

So who “killed” the period… and why? Was it with the em-dash in the library or the ellipses in the drawing room? Inquiring minds want to know. After a perfectly blameless life calmly separating sentences from each other, how did it start making people sound angry in online speech? As we know, what we conventionally think of as proper writing has, nowadays, very little to do with how language is used digitally. Strict rules from style guides that apply easily to formal writing no longer apply to messages that are often half-formed, half-finished, Gertrude Stein-style, run-on sentences. Punctuation likewise has gone out to play, not just in the construction of emoticons but in a myriad of different rhetorical ways.

With the more speech-like IM, texts, tweets, punctuation is just getting back to its roots, as a way to convey prosodic and speech cues in the absence of sound and vision. Like gifs, emoticons, and emojis, punctuation is another way for the short messages of internet language to use its limited linguistic resources to convey emotion, nuance, and paralinguistic cues, changing it from a purely written form into a kind of breathless and fast moving textual speech that’s really closer to spoken language than written language. Consider also that in internet language, emojis and emoticons occupy more of a meta status in conveying emotional cues—an angry emoticon is probably not sincerely as angry as you think but the overt, ironic semblance of anger.

Now from very little text, and a handful of symbols, you can read so much subtext thanks to the way punctuation use has evolved to subtly signal real speaker intentions. Punctuation, surprisingly, helps people negotiate social relationships online. You can convey genuine annoyance through a simple dot, a developing convention that is also increasingly read as such by all those who receive the message. A period, so useful and subdued in differentiating sentences in a large block of text, seems unnecessarily final and loaded with abrupt meaning in a sparser short form, especially as each separate message is already relatively easy to read without requiring a period. As a result there are often attempts to soften it with the ever popular ellipses and em-dashes (which has a special prestige for lovelorn punctuation fanciers apparently) or made more enthusiastic and emphatic with exclamation marks!!! Some punctuation marks, it seems, are less angry and more cooperative than others.

But it’s not just about the demise of the period. Any nuanced deviation from the norms of internet language might raise a few eyebrows, especially with messages that are very short. The navigation of social relationships online can take some getting used to lest you offend someone with an errant punctuation mark. The loss of a question mark in an innocent question like “what time” or even an overly abbreviated short word, such as “h” for “hi” has been suggested as displaying a lack of care or showing annoyance, and with more and more of us using punctuation less and less in online language, there’s a lot to read into the context when a mark does appear… even if the punctuation mark is acting, in the end, as just a punctuation mark.

And as for who killed the period? Though the current fashion is to use ellipses and em-dashes in texts to soften the blow of a sentence’s end, there’s really only one culprit: the new line break. It’s kind of made the period’s function redundant in instant messages, at least for neutrally separating messages from each other. But as a growing rhetorical innovation to signal negativity, rumors of its demise are perhaps greatly exaggerated—the period won’t be going away any time soon… 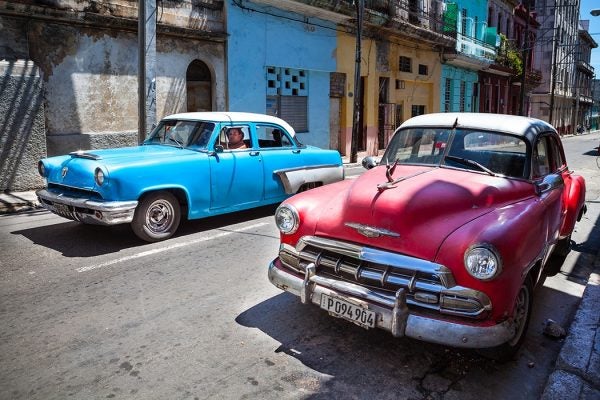