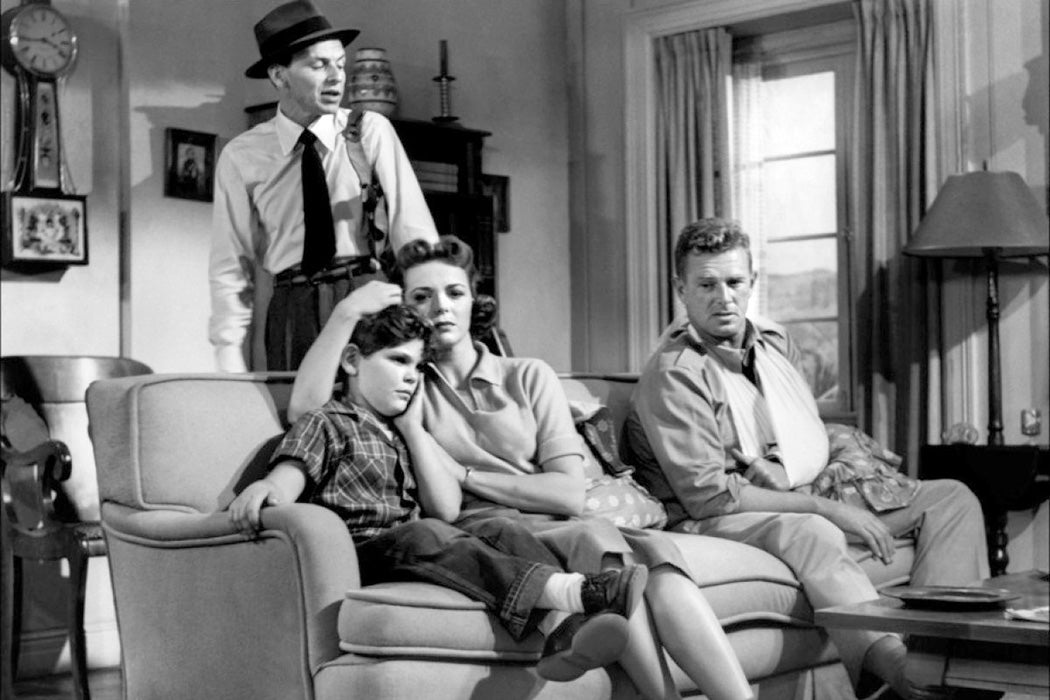 John Baron paces in a living room full of hostages, gun in hand. The setting is the small town of Suddenly, California. The year is 1954, and the president is about to pass through town on a train. Although the local sheriff is currently among the hostages, he challenges Baron on his plan: how is he going to assassinate the president and live to tell the tale? No one has ever done it. John Wilkes Booth certainly didn’t.

“Booth?” Baron replies. “Ha! I’m no actor, busting my leg on a stage so I can yell ‘down with the tyrants.’ If Booth wasn’t such a ham, he might’ve made it.”

The hostages also mention the man who shot James Garfield (“Didn’t plan anything. Just took a lucky shot, strictly left-handed, just like McKinley”) and the would-be assassin of Franklin Roosevelt (“He had to try it in a crowd. I hate crowds.”) In short, Baron isn’t fazed. Nobody has ever pulled it off, but he is prepared to make history.

According to scattered reports, Lee Harvey Oswald had watched one or both films before he shot the president.

The scene, from the Frank Sinatra film Suddenly, was chilling in 1954. But it became downright eerie nine years later, when President John F. Kennedy was murdered in Dallas. The movie, along with another Sinatra thriller, The Manchurian Candidate, was quickly swept up in the mass of conspiracy theories surrounding the assassination. According to scattered reports, Lee Harvey Oswald had watched one or both films before he shot the president. Some believed he took notes.

Suddenly was a relatively unusual choice for Sinatra. He had just won an Oscar for his role in the star-studded World War II epic From Here to Eternity, and easily could have followed it up with another crowd-pleasing drama, or one of the Technicolor musicals he often made for MGM. Instead, he chose a film noir that cast him in the most villainous role of his career. Suddenly presents John Baron as a sinister, calculating hitman who doesn’t care who signs his paycheck, as long as it clears. He shoots indiscriminately, threatens war widows, and smacks little boys who get in his way. In short, he is utterly unsympathetic, the antithesis to Sinatra’s affable Ol’ Blue Eyes persona. Critics responded to the against-type role, hailing it “a melodramatic tour de force,” but the movie didn’t resonate with audiences and made little impression on popular culture. After its run in theaters, it faded from memory, except for its occasional appearance on cable.

Sinatra starred in another movie about political assassinations in 1962. The Manchurian Candidate boasted a better-known cast and a best-selling novel as its source material, but it, too, failed to achieve blockbuster status. None of these facts mattered, however, when Lee Harvey Oswald fired his rifle on November 22, 1963. While the JFK scholar John F. Keener notes that “given his enigmatic and virtual anonymity until the last three days of his life, [Oswald] narratives generally admit failure or present biography at its reductive worst,” reporters and historians quickly grasped for any detail that might explain his actions.

That included his favorite movies. According to one story, relayed in former Kennedy staffer Priscilla Johnson McMillan’s book on Oswald, he and his wife Marina watched Suddenly on television just a month before the assassination. (Executives at MGM also remembered it airing at that time.) Oswald easily could have seen The Manchurian Candidate during its 1962 release in Dallas. Soon enough, theorists were arguing that Oswald had not only watched the two Sinatra movies, but possibly used them as inspiration.

As the legend surrounding Oswald’s “trigger” films grew, another story emerged. Sinatra, who had personally lobbied Kennedy for help in getting The Manchurian Candidate greenlit, was so distraught over the thought of his movies having anything to do with his friend’s death that he demanded United Artists pull both Suddenly and The Manchurian Candidate from circulation. He also attempted to buy up prints of Suddenly, so he could personally destroy them.

Subsequent reports have cast doubt on almost every aspect of the Sinatra story. As TCM host Eddie Mueller explains in an afterword for Suddenly, the movie “simply ended up meeting the same fate as many independently made pictures of the time, slipping through the cracks and falling into the public domain, where operators typically do little to preserve films.” A certain carelessness and lack of interest also seemed to have buried The Manchurian Candidate. Richard Condon, the book’s author, told The Washington Post in 1988 that the movie “had begun to peter out and play on television,” dismissing claims of a blanket ban as “ridiculous.”

Neither Suddenly nor The Manchurian Candidate were part of a conspiracy to kill the president, but they were remarkably prescient movies. Both exhibit a certain weariness towards American war, casting psychologically broken veterans as villains and the young women around them as collateral damage in stories that predate the antiwar movement of the 1960s. Released in the middle of the Cuban Missile Crisis, The Manchurian Candidate, with its portrayal of an international conspiracy and crisis, also seemingly foresaw the height of the Cold War. But the films also anticipated a long tradition of blaming movies for real acts of violence—particularly presidential assassinations.

Biography, Conspiracy, and the Oswald Enigma
By: John F. Keener
Biography, Vol. 20, No. 3 (Summer 1997), pp. 302-330
University of Hawai'i Press on behalf of Center for Biographical Research 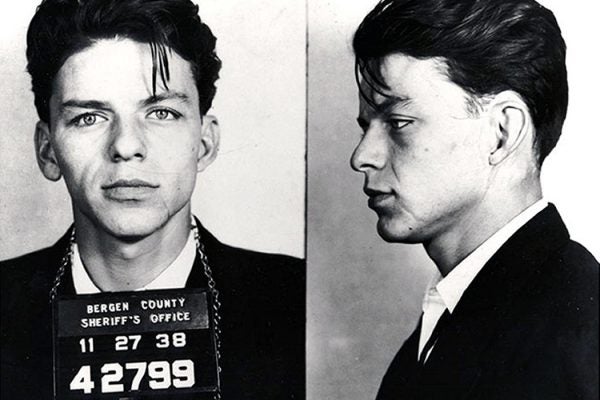 On the occaision of Frank Sinatra's centennial, we look into his radical past.