The Self-Help Mantra That Got Better and Better

Every day, in every way, the pop psychology of Emile Coué conquered 1920s Britain. 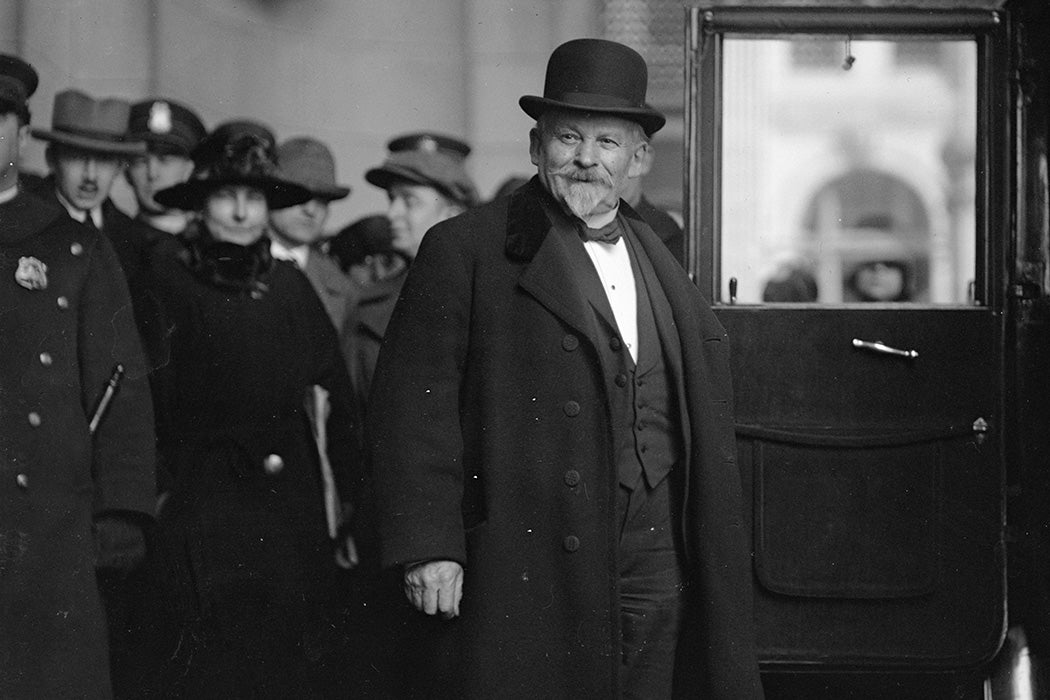 “Believe in yourself.” “Avoid negative self-talk.” “No one can stop you but you.” From social media posts to fitness instructors’ cheerful patter, pop-psychology messages about the mind’s power to control our destinies are everywhere. And they’re nothing new. Historian Dean R. Rapp writes that a message like this transfixed the British public in the 1920s, when French psychologist Emile Coué brought it to their shores.

For the previous decade, Rapp writes, Coué had been developing his psychological ideas at a free clinic in Nancy, France. Using non-hypnotic suggestion, patients supposedly healed their mental and even physical ailments through the power of their own minds. The basic technique of Couéism was extraordinarily simple. During a relaxed moment, such as right before going to bed, patients recited a phrase twenty times, keeping count using a string of knots: “Every day, in every way, I am getting better and better.” Coué’s theory was that the phrase could give patients control over the unconscious mind, which he saw as the driving force in human behavior.

His eleven-word formula appeared in popular songs, in insurance advertisements, and on bracelets for sale in the stores.

“While Coué did not denigrate the conscious self and reason, he certainly diminished its role, likening it to a little island on the vast ocean of the unconscious,” Rapp writes.

During visits to London in 1921 and 1922, Coué made a big impression in high society. Soon, a book based on his work was on the bestseller list, and newspapers and magazines were reporting on his ideas. His eleven-word formula appeared in popular songs, in insurance advertisements, and on bracelets for sale in the stores.

Rapp writes that Couéism made great fodder for cartoonists and humorists, like one poet writing in Punch:

There was a young man of Kilpeacon
Whose nose was as red as a beacon
But by saying “It’s white”
Twenty times, day and night
He cured it and died an archdeacon.

But to much of the British public, Couéism filled a particular cultural need. As a Times Literary Supplement review discussing Couéism pointed out, “no one is likely, after the war, to doubt…that human beings are suggestible.” Rev. J. H. Jowett pointed to “groping souls” looking to Christian Science, Theosophy, and Couéism for answers—though Coué claimed that his theory was purely scientific and nothing like a surrogate religion.

While Freudian psychoanalysis also had a moment in the 1920s, Coué’s work was both more popular and better accepted by cultural elites. Unlike Freud, he made no demands that patients undergo lengthy, potentially painful therapy. Nor did he insist that most people were plagued with neuroses or driven by taboo unconscious desires. His work was free of any discussion of sex at all.

Over the course of the 1920s, Coué’s ideas spawned correspondence courses and childcare manuals. It also spread to the United States, where, Rapp writes, “his reception was even more enthusiastic than in England.” Couéism didn’t survive much beyond its founder’s death in 1926. But we still can hear its echoes today.

"Better and Better—" Couéism as a Psychological Craze of the Twenties in England
By: Dean R. Rapp
Studies in Popular Culture, Vol. 10, No. 2 (1987), pp. 17-36
Popular Culture Association in the South