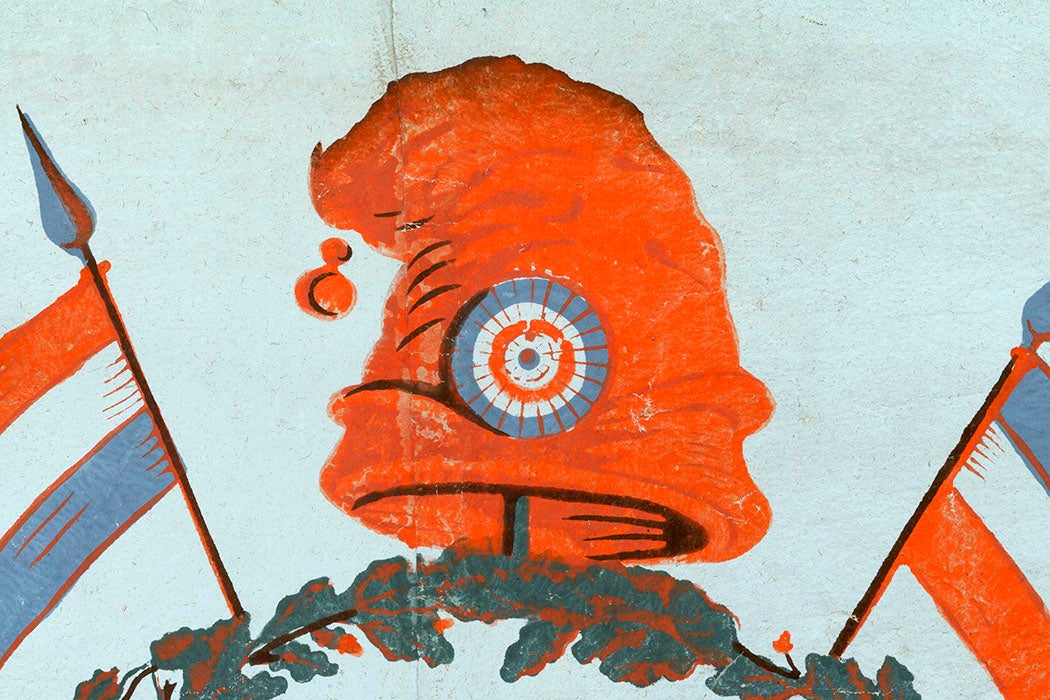 Detail from a French print from 1793that uses the Liberty Cap as a motif of the First Republic
via Wikimedia Commons
By: Matthew Wills
3 minutes
Share Tweet Email Print

What ever happened to the liberty cap? Deriving from the Phrygian cap, worn by emancipated slaves in ancient Rome, it became one of the most recognizable symbols of freedom from tyranny in the American Revolution. It still figures on the seal of the US Senate, the emblem of the US Army, and the seals of six states.

But today, the liberty cap is almost entirely associated with France, whose revolutionaries took up the symbol with a passion (and made it red). In the first half of the nineteenth century, meanwhile, the American symbol of freedom from slavery became extremely unwelcome.

Once the United States was established, however, the personification of Liberty posing with the cap largely fell away.

Scholar Yvonne Korshak traces the cap’s iconographic effervescence in revolutionary America and its rather quick demise in the early republic. In France, artists portrayed American revolutionaries with the cap “atop the frame as a symbolic attribute.” You would know America on French maps by the caps drawn there. Once the United States was established, however, the personification of Liberty posing with the cap largely fell away.

Like much revolutionary symbolism and rhetoric of the eighteenth century, the liberty cap had classical roots. Democracy’s birth in Greece and the years of the Roman Republic was a touchstone for those who stood against absolutism and oligarchy. The Greek Phrygian cap was originally a symbol of the foreigner or foreign captive. The Roman pileus, generally without the peak, came to represent the freed slave.

The cap as a mark of freedom from bondage echoed as an idea throughout Europe for a long time. After Marcus Junius Brutus took part in killing Julius Caesar, he minted a coin that showed the cap between two daggers, an image that would be repeated centuries later during Renaissance debates over democracy and autocracy.

Yet after its use in the American Revolution, the cap became controversial in a country riddled with chattel slavery. Originally proposed for the Great Seal of the United States, the goddess of Liberty holding the cap was replaced by the eagle and pyramid. The first American dime, minted in 1792, was based on Augustine Dupre’s Libertas Americana medallion, but with a difference. The liberty cap in Dupre’s work is missing from the American version.

The first abolitionist painting made by an American, Samuel Jennings’s Genius of America Encouraging the Emancipation of the Blacks, portrayed a white liberty cap on a staff propped against the shoulder of the goddess of Liberty. Enslavers were rightfully worried about such a symbol of freedom, abolition, emancipation, and manumission.

In 1854, a sculptor’s plan to represent Liberty with the cap atop the US Capitol met with the disapproval of President Franklin Pierce’s Secretary of War, Jefferson Davis. Davis got a warlike helmet instead. “American liberty is original, and not the liberty of the freed slave,” wrote the future president of the Confederacy.

Even after Emancipation, the liberty cap wasn’t revived. Korshak quotes an observer in 1879, questioning the design of a coin: what was meant by the “stick with a nightcap on it” held by a French lady?

The Liberty Cap as a Revolutionary Symbol in America and France
By: Yvonne Korshak
Smithsonian Studies in American Art, Vol. 1, No. 2 (Autumn, 1987), pp. 52-69
The University of Chicago Press on behalf of the Smithsonian American Art Museum