In 1907, the U.S. Reindeer Service was organized as part of an effort to domesticate the animals…and Inupiat Eskimos. 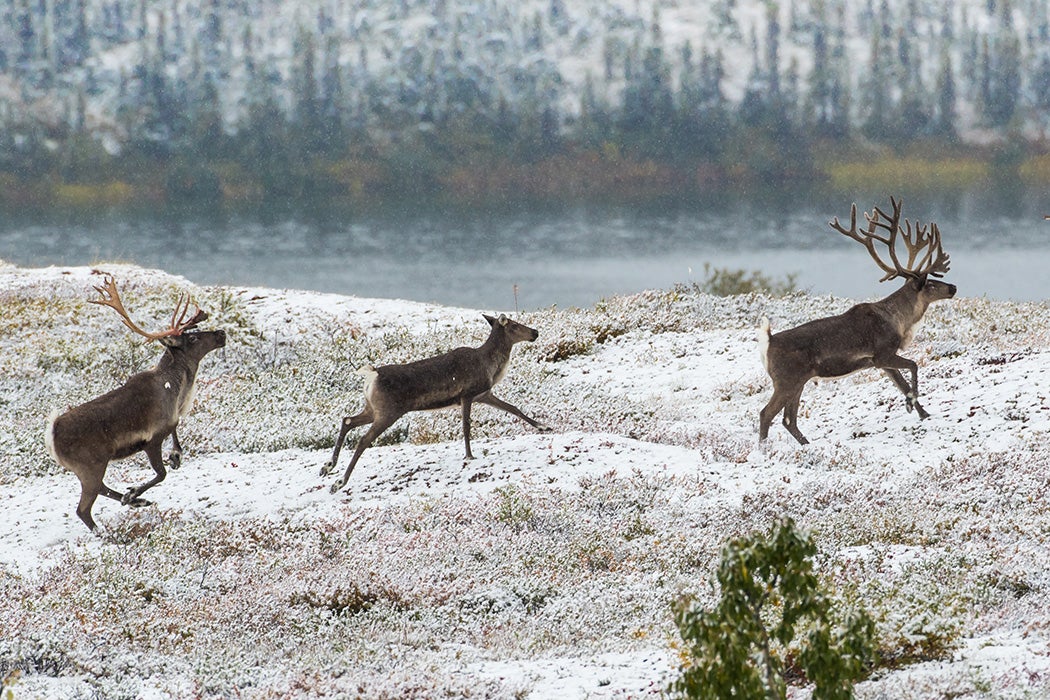 According to the popular song, Rudolf the Red-nosed Reindeer was a very special reindeer who went down in history. But could he have been a caribou? Maybe…

Reindeer and caribou are the same species, Rangifer trandus, separated by the Bering Strait. In Ice Ages past, the land bridge connecting Alaska and Sibera meant these animals could wander back and forth. As a result, “the differences between these two groups of animals are largely those of history rather than biology,” writes the historian Roxanne Willis in Western Historical Quarterly.

In Eurasia, reindeer were domesticated, most notably by the Sámi, in Lapland, and the Chukchi, in Siberia. In Alaska, the native peoples hunted migratory caribou, but did not domesticate them. In the 1890s, missionary Sheldon Jackson had the idea that importing domesticated Siberian reindeer to Alaska would, as he saw it, help domesticate Inupiat Eskimos. Herding reindeer would assimilate these native people to civilization—and provide them with a steady source of food. In fact, Willis notes, Jackson “mistakenly believed [the Inupiat] were facing starvation.”

To bring his reindeer domestication idea to fruition, Jackson teamed up with the “most famous white man in Alaska,” Captain Michael Healy of the U.S. Revenue Cutter Service. Ironically, Healy’s mother had been a slave, so he was actually “passing” as white, by the racial rules of the day. Healy and Sheldon also brought over Chukchi herders to teach reindeer herding. But the Chukchi herders were soon sent back to Siberia: missionaries did not like the way the Siberians used their own urine to guide reindeer, among other “savage” practices. By 1905, there were about 10,000 reindeer in Alaska. However, in the aftermath of the gold rush, things got worse: “Many of the Eskimos who had been successfully ‘converted’ to herding had died during the measles and influenza outbreaks, and the government, the mission schools, and the Sámi still owned the majority of the herds.” And there was competition for the Sámi’s reindeer services. Finland also sought to recruit the Sámi to teach herding in place of the Chukchi.

In 1907, the U.S. Reindeer Service was organized as part of an effort to take the program out of the hands of mission schoolteachers. The Reindeer Service banned the sale of female reindeer to whites, to block competition. But in 1914, a Sámi owner of twelve hundred reindeer sold them to one Carl Lomen. As the Sámi wasn’t a native Alaskan, there was no way to stop the sale. Lomen, whose father had come for the gold rush, quickly became a major force in Alaskan reindeer. “The Reindeer King of Alaska,” as he marketed himself in the U.S., had 40,000 head of reindeer within a couple of years. The Lomen Corporation shipped frozen meat south, for both human and dog consumption. They even provided live reindeer for parades and Christmas pageants.

Protests against what quickly became Lomen’s virtual monopoly—and the environmental disaster of thousands of overgrazing reindeer—manifested a new political awareness by native herders. Commissions and hearings took place, but the Depression was the real kicker. It was a huge blow to Lomen’s operation.

The federal government stepped in. The 1937 Reindeer Act passed by Congress restricted reindeer herding to native Alaskans. The Lomens were bought out with federal funds. Meanwhile, the number of reindeer in Alaska plummeted. There were an estimated 640,000 head in 1930. By 1950, there were only 25,000. Causes of the population crash are debated, says Willis: starvation, predation, and “going caribou” (domesticated animals joining the wild herds), have all been offered as reasons.

Willis concludes that although “natives would continue to consider reindeer herding as one of many economic options available to them at different times throughout the twentieth century,” ultimately “the reindeer’s presence would instead ebb and flow with the needs of Eskimo communities and changes in the natural environment—a reflection of the Native herders whose culture quietly but definitively shaped the project.” 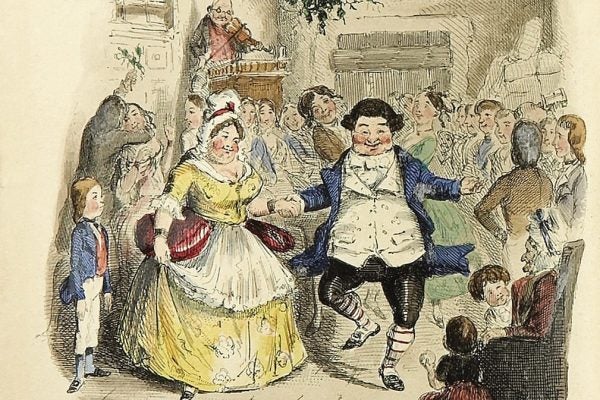 How did a religious celebration turn into a holiday that is all about home, family, and Christmas dinner? Turns out Charles Dickens has a lot to do with it.