The Red Scare and Women in Government

In 1952, a government administrator named Mary Dublin Keyserling was accused of being a communist. The attack on her was also an attack on feminism. 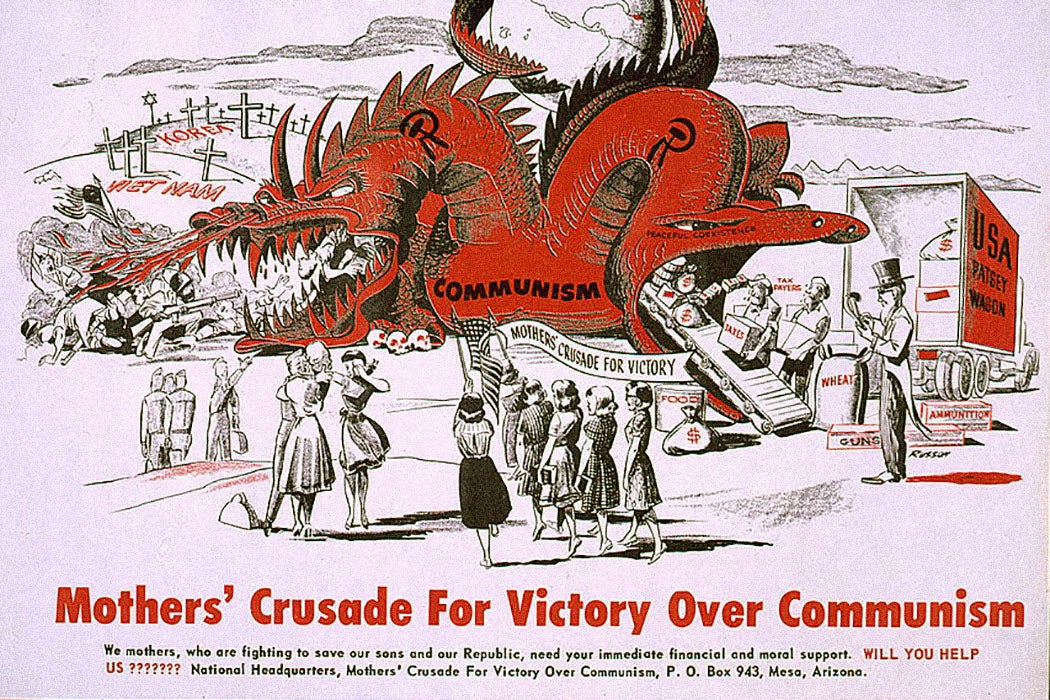 We don’t often talk about how the anticommunist Red Scare after World War II was also an attack on women, especially feminist women. The career of Mary Dublin Keyserling (1910–97) is a case in point. As historian Landon R. Y. Storrs shows: Her life helps contextualize “our understanding of the trajectory of twentieth-century feminism and the gendered effects of the anticommunist crusades.”

In February 1952, Senator Joseph McCarthy accused Keyserling, who worked at the Department of Commerce, of being a member of ten communist front groups. (In typical McCarthy fashion, those alleged ten groups would later be increased to an “unlimited number.”) McCarthy also named Leon Keyserling, President Truman’s chief economic advisor and Mary’s husband, as a Red sympathizer.

The charges against Leon faded, but Mary had to take a leave of absence while she was investigated by a loyalty board. “Mary would have excited anticommunist attention even if she were not married to Leon,” writes Storrs. “Since the early 1930s she had belonged to a loose network of female experts and activists who advocated using the state to attack social inequalities—in class, gender, and race relations—that they argued were not just unfair but unhealthy for the nation’s economy and polity.”

The “left-feminism” that Keyserling brought to her job in government shows that the 1930s and 1940s weren’t the “doldrums” of the women’s movement.

Keyserling’s earlier background shows the kind of ideals that some women New Dealers brought to their work. The young Mary Dublin “immersed herself in left-wing political and cultural activities.” A “gregarious young social scientist in depression-era London and New York,” she moved in circles that “included progressives, socialists, and Communists”—an alliance known as the Popular Front, fighting the rising threat of fascism in the 1930s.

According to Storrs, the “left-feminism” that Keyserling brought to her job in government shows that the 1930s and 1940s weren’t the “doldrums” of the women’s movement; feminism didn’t just take a break after the passage of the Nineteenth Amendment in 1920. “Left-feminism was closer to power than we have thought (although not as close as its enemies feared, or pretended to fear).” Until women like Keyserling were hounded out of positions of power and influence.

Mary Dublin Keyserling was cleared in January 1953, just in time for the Eisenhower presidency, which didn’t want her or her husband in government. She wouldn’t have government employment again until Lyndon Johnson’s administration in 1964, by which time both Keyserlings were safely liberal. At her confirmation hearing for the directorship of the Women’s Bureau in the Department of Labor, a U.S. senator raised the old disloyalty allegations, but this time to less effect.

Storrs concludes that “anticommunist attacks on women in government and policy circles curbed both feminism and the social democratic potential of the New Deal.” She writes: “in forcing a generation of Popular Front feminists to disappear, or to reinvent themselves as liberals, the red scare left a gendered legacy that constrained both social policy and modern feminism,” themes explored further in Storrs’s book, The Second Red Scare and the Unmaking of the New Deal Left.