The mobilization of housewives in 1950s California echoes through US national politics in the twenty-first century. 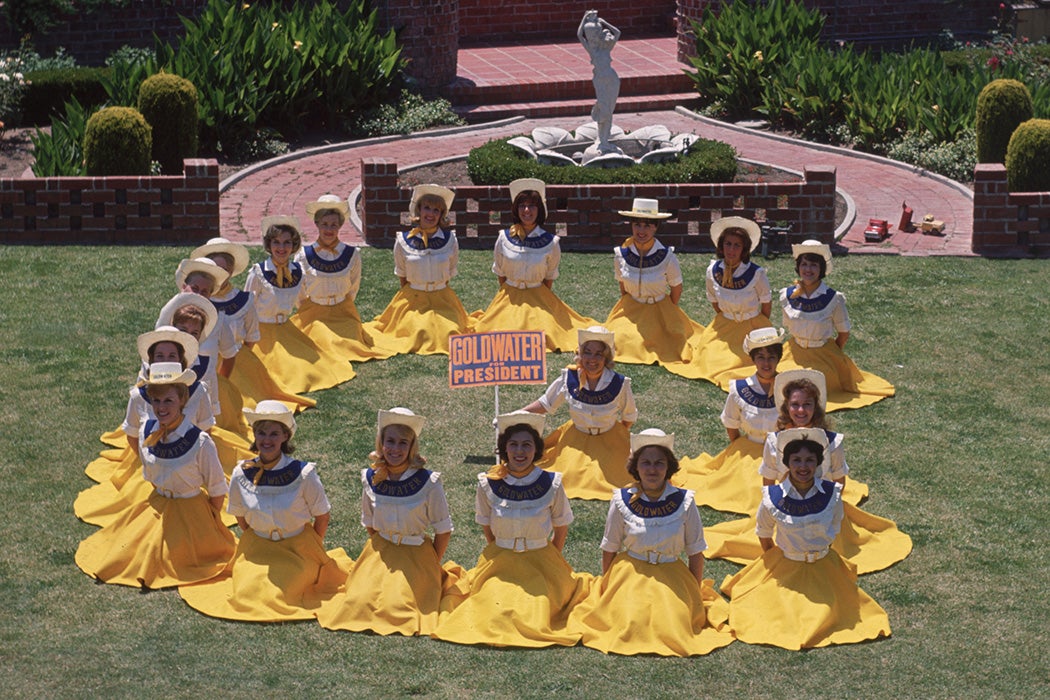 A group of Goldwater girls sitting in the shape of a 'G' in Sherman Oaks, California, whilst campaigning for Barry Goldwater, the Republican candidate for the Presidential election, July 1964
Getty
By: Livia Gershon
3 minutes
Share Tweet Email Print

Between COVID-19 mandates and arguments about critical race theory, conservative activists are making education central to their political arguments, activating a particular group of women voters. This isn’t the first wave of such activists. As historian Michelle Nickerson writes, women were a central, if often little-noticed, part of the highly influential southern California conservative movement of the 1950s and ‘60s.

Some of these activists had high profiles, like Marion Miller. After marrying her husband she discovered that he was involved in counterespionage work. The couple moved to Los Angeles, and Miller eventually joined him as a volunteer spy for the FBI. She became the secretary at the Los Angeles Committee for the Protection of the Foreign Born, which had ties to the Communist Party. She later published her story in Reader’s Digest, and then as a memoir.

But many of the women Nickerson profiles operated in a quieter way. Most of the groups she looks at weren’t explicitly for women only, but they met during the day and focused on areas like children, education, and spirituality that were understood as women’s business. They organized letter-writing campaigns, promoted right-wing literature, and threw their support behind conservative candidates. Before the 1952 election, they organized babysitter groups to make sure women had time to vote. And, by the 1960s, they helped open more than 35 conservative bookstores in the Los Angeles area.

For some, conservative ideas supported their discomfort with racial integration without requiring them to explicitly espouse racism.

Some of the activist women had formed their political outlooks through wartime patriotism, or simply by being born into wealthy, pro-business and anti-union families. Some became politicized gradually in conversations with their husbands or friends. And for some, conservative ideas supported their discomfort with racial integration without requiring them to explicitly espouse racism. They typically framed arguments on racial issues in terms of states’ rights or “social experiments” in school districts.

These middle- and upper-class white women didn’t face economic pressure to work for pay, though some had part-time jobs in professional fields. Even if they didn’t hold jobs, Nickerson writes, they generally had access to political and social events where they could meet big players in industry and politics.

Marjorie Jensen, for example, was the college-educated wife of an engineer. His employer, engineering and oil refining company C.F. Braun, encouraged employees to read conservative and pro-industry literature. Jensen absorbed these messages. Once her children were old enough for school, became involved with Pro-America, an organization originally founded to organize women against the New Deal. The group offered her a chance to mingle with people she found interesting, such as Louise Hawkes Padelford, the wealthy daughter of a US senator. Over time, Jensen built her influence in the region. She founded the Network of Patriotic Letter Writers as well as a local chapter of the John Birch Society.

It was partly thanks to Jensen and others like her that California helped win the 1964 presidential nomination for Barry Goldwater and elect Ronald Reagan governor in 1966, setting in motion a rightward shift in American politics that would continue for decades. 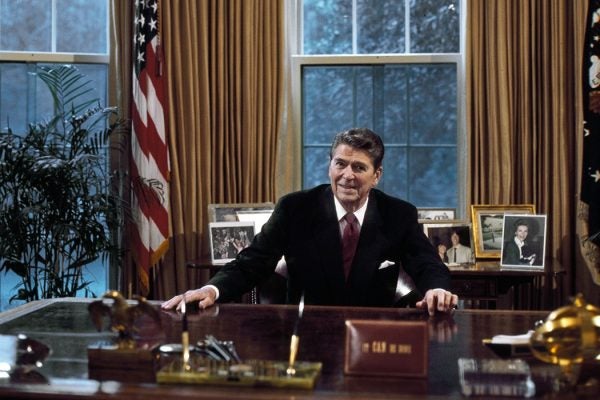