The Online Lie Detector Is No Better Than the Polygraph

People love the idea of a machine that tells us who to trust. But the historical analog of the online lie detector also didn’t work. 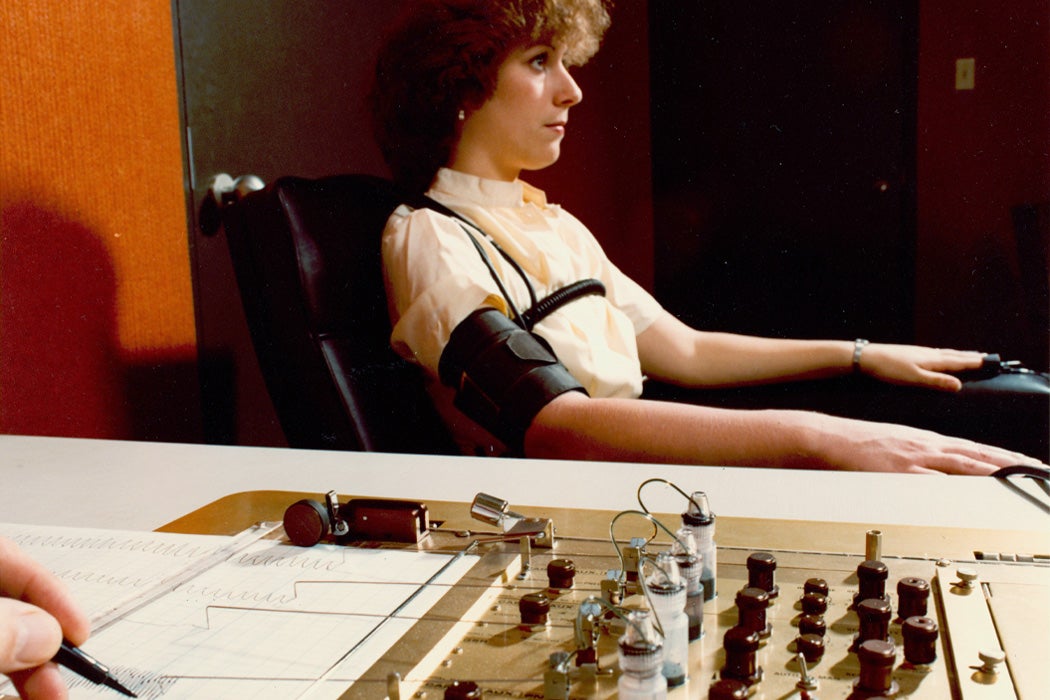 According to Adler, in the second half of the nineteenth century, some European psychologists began monitoring patients’ blood pressure, respiration, and pulse rates, investigating the way these physical signs correlated with emotional changes, tension, or reactions to sharp noises. In the 1910s, Hugo Münsterberg, a German-American psychologist, and his student William Moulton Marston began using these tests to attempt to determine whether witnesses were lying about criminal matters. Marston would go on to create Wonder Woman, with her Lasso of Truth.

Polygraph use spread to the State Department, which used it to screen civil servants suspected of homosexuality.

American police reformers popularized the polygraph test as an alternative to brutal police interrogations in the 1920s and 30s. Before long, polygraph use spread to the State Department—which used it to screen civil servants suspected of homosexuality—and to corporate America. By the middle of the century, cops, managers, and industrial psychologists were conducting two million polygraph exams a year.

Alder writes that the machines appealed to a growing public desire for “a dispassionate search for truth conducted by impersonal rules.” That reflected a broader trend at a time when cities and businesses were becoming larger, making it impossible to rely on personal trust. The contemporaneous rise of intelligence testing, industrial management techniques, and other “scientific” methods for managing human behavior spoke to the desire to make sense of an increasingly complicated world.

And yet, for all its associations with the objective pursuit of the truth, several prominent proponents of the polygraph acknowledged that the machine would work only if its subjects believed in it. To make that happen, they used deceptions of their own. For example, polygraph entrepreneur Leonarde Keeler used a marked deck of cards to convince subjects that he could tell whether they were lying about which card they were looking at. Then and today, Alder argues, the actual functioning of the machines was almost beside the point. Some police examiners have achieved the same result—convincing a suspect to confess—by having them place their hands on a photocopy machine which then produces a paper printed with “LIAR!”

From the beginning, judges rejected the use of lie detectors in courtroom trials, but allowed police to use them to extract confessions. Since the vast majority of criminal convictions occur not through trials but through confessions and plea bargains, that’s generally good enough for cops and prosecutors.

By the time Alder was writing, in 2002, the use of the polygraph in corporate settings was declining, and the general public was becoming more skeptical of its value in criminal cases. Still, as the buzz around the new online lie detector suggests, people love the idea of a machine that tells us who to trust.