The New Meaning of Monuments

Huge monuments to national pride are regaining popularity. One scholar suggests this might also indicate a larger cultural shift. 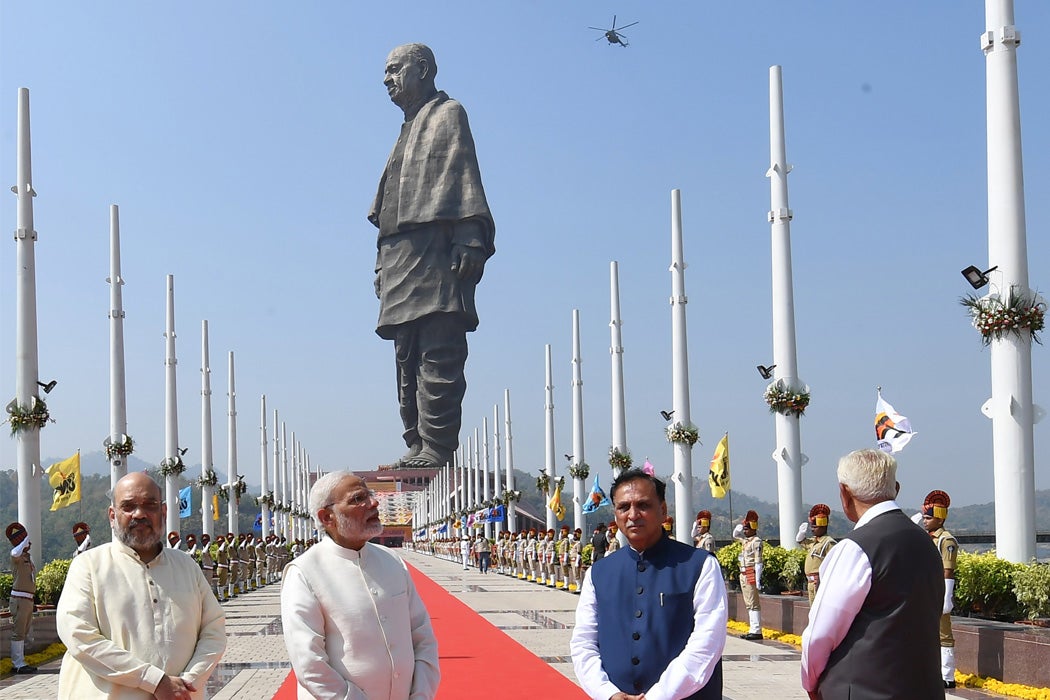 The dedication ceremony of the Statue of Unity in Gujarat, India
via Wikimedia Commons
By: Farah Mohammed
2 minutes
Share Tweet Email Print

India’s most recent unveiling stands as a testament to the country’s growing power, both literally and figuratively. Prime Minister Narendra Modi ordered a six-hundred-foot statue of Sardar Vallabhbhai Patel, a former leader known as the Iron Man of India, built in Gujurat, Modi’s birthplace. The statue has multiple purposes: to honor Patel; to create a tourist attraction; and perhaps most importantly, as a “symbol of India’s integrity and resolve.”

The statue has captured world headlines, with illustrations of the statue dwarfing other colossal monuments across the globe. It’s notable that many of these mega-structures have begun cropping up in Asia since the early 2000s.

Research suggests that the revival of the monolith signals a distinct change in global political philosophy.

In 2007, architectural historian Mario Carpo published a brief study of the shifting cultural purpose behind monuments. His research suggests that the revival of the monolith signals a distinct change in global political philosophy.

Carpo observes that previously, the term “monument” fell out of fashion in favor of the softer “memorial.”

Monuments and memorials serve distinctly different purposes; instead of lionizing individuals or deeds, or solidifying national pride, memorials serve as a marker to victims or tragedies. Carpo uses the example of the Eiffel Tower in Paris, built to commemorate the city’s technological prowess. He then points out that the only modern Parisian attraction that is nearly so popular is a memorial to the car accident which killed Lady Diana, a much-beloved former British royal.

This shift was telling. Suffering the aftershocks of the devastating World Wars, citizens were hypersensitive to the destructive power of nationalism, especially given its role in both wars. Focusing on losses, on events, on tragedies: these kept the public focused on the dangers of forgetting what nationalism had wrought.

With memorials, Carpo noted, “their power of incitement to action, insofar as any of it may still exist, seems now reduced to the ambit of micronarratives, microhistories, and microcultures.”

These recent giant statues, however, evoke not one event or one narrative, but icons of power, of conquest, of victory, and of identity. Vishnu riding Garuda; Guan Yu, God of War; the Kelpies; Shiva—each of these massive statues represents not specific historical figures, but rather myths and legends.

Today, we can see a chilling correlation between the rise of the national monument and a “frenzy of nationalistic discourse in Europe”, as Carpo describes it. It would of course be an oversimplification to assume that “big statue” equals “big trouble.” But according to Carpo’s theory, the worrying implication of today’s increase in massive monuments is that we are once again falling in love with our own national identities. 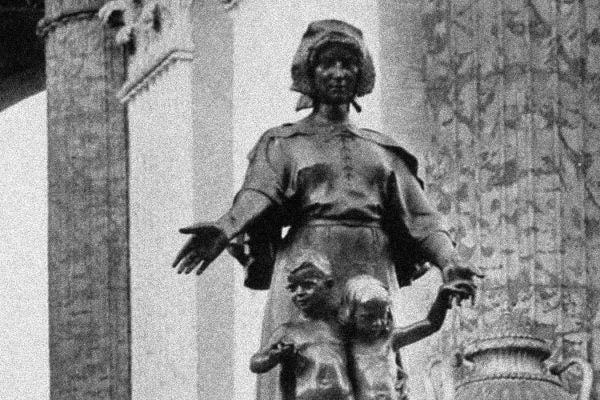