Every statue tells a story, often long forgotten. San Francisco’s Pioneer Mother Monument in Golden Gate Park was greeted with disappointed by the woman who originated it. 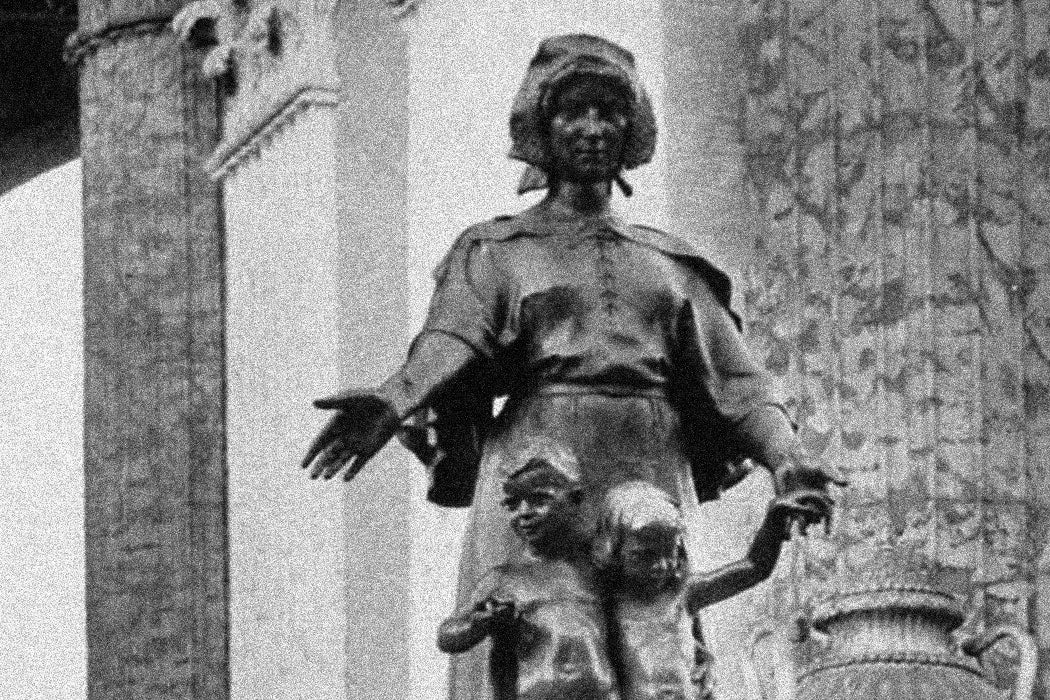 Memorialization is always about politics and power: the who/what/how of being memorialized. Early in the twentieth century, a wave of memorials was put up in the American West for the “Pioneer Mother.” The most notorious may be San Francisco’s.

When the Pioneer Mother Monument was unveiled at San Francisco’s Panama-Pacific Exposition in 1915, many women were upset with the result. The president of the Exposition’s Woman’s Board described the statue as “the most stolid, prosaic specimen of motherhood one could imagine,” and added, “I should be glad if a competent earth quake put her out of commission.”

Ella Sterling Mighels, who was largely responsible for the idea of the memorial, had seen her vision usurped by sculptor Charles Grafly and the male head of the fine arts commission. What Mighels had wanted was a statue of a seated woman with a Bible, teaching the children at her knees about white civilization. What San Francisco got was a bonneted pioneer shepherding two naked children before her. The nakedness caused such uproar that Grafly never received his final payment because the fundraising stalled over of the controversy.

The idea of motherhood was as contested in 1915 as it is now.

“Twenty-five thousand dollars and this is the end!” wondered Mighels. “Why should everything be in vain?” She pointedly refused to attend the unveiling.

In explaining the fraught reception of this monument, social and cultural historian Brenda D. Frink reminds us that more recent conflicts about memorials—of the Confederacy, the Holocaust, the Vietnam War—follow in a contested tradition.

The idea of motherhood, after all, was as contested then as it is now. The era’s sense of maternalism, as Frink describes it, saw woman as civilizers and moral leaders because they were also mothers. But this idea could be interpreted in different ways. It could inspire both those for and against women’s suffrage. Maternalism was the impetus to leverage women’s sphere of “religion, home, and family” into moral reform at home (for Conservatives) or political reform in City Hall (for Progressives).

Ella Sterling Mighels, who conceived of the monument, was decidedly not a suffragist. She opposed suffrage even after California women got the vote in 1911 because she thought “disenfranchisement kept [women] above the political fray, making [them] better able to teach citizenship to children.” And like many in her time, Mighels’s agenda was to push the supposed superiority of the white race. She wanted the statue to “promote white women’s traditional moral influence over middle-class men, to argue against both labor unrest and Asian immigration, and to inculcate old-fashioned pioneer morality among urban children.” In the end, both Mighels’s and Grafly’s visions of the Pioneer Mother were informed by nostalgia, but for two different visions of “simpler” motherhood: Mighels’s protector of white, Christian, morality, vs Grafly’s pronatalist glorification of fertility.

As Frink writes, “The history of the Pioneer Mother Monument, then, offers both a case study of conservative uses of maternalism and a window into the political mutability of maternalist rhetoric.” 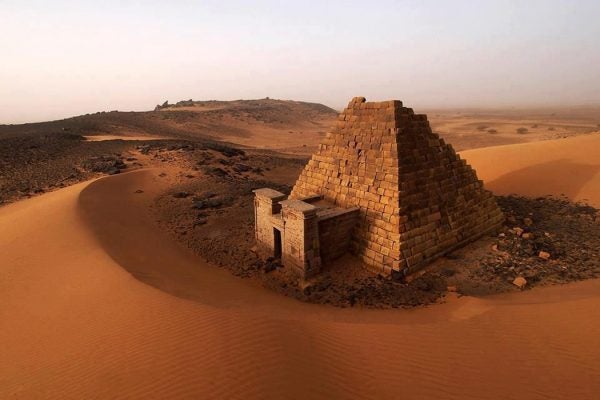 The Lost Kingdom of Kush

A handful of archaeological sites and the written language Meroitic are all that remains of the Kingdom of Kush, located in what is now Sudan.