The Making of the Vietnam Veterans Memorial

Though now celebrated for its modern, minimal design and contemplative space, the Vietnam Veterans Memorial was once the subject of heated debates. 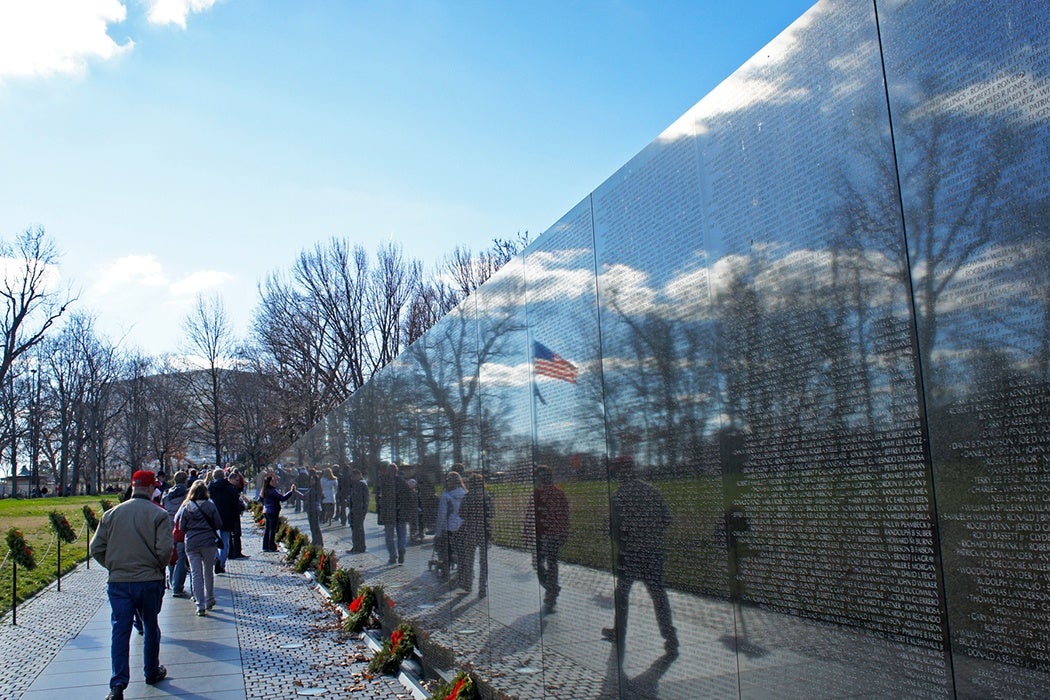 In November of 1982, a processional of thousands of Vietnam veterans marched to the Vietnam Veterans Memorial for its dedication in Washington, D.C. Though now celebrated for its modern, minimal design and contemplative space, the memorial was the subject of heated debates prior to its opening.

Marita Sturken presents the story of the Vietnam Veterans Memorial, exploring the deeper issues underlying the memorial’s controversy: How do we grieve as a nation? How do we memorialize a war “whose history is highly contested and still in the process of being made?” What should memorials look like and by whom should they be made?

The memorial was controversial upon unveiling; it was a modern, non-naturalistic, anti-heroic, and included no anthropomorphic figures.

Administered under the Federal Government’s National Parks Services, the memorial was funded by a veterans group called The Vietnam Veterans Memorial Fund (VVMF). They opened a design competition for the memorial. VVMF “stipulated only two things for its design—that it contain the names of those who died or are missing in action and that it be apolitical and harmonious with the site.” Sturken notes that “[i]mplicit within these guidelines was also a desire that the memorial offer some kind of closure to the debates on the war.” However, when VVMF released the winning design, closure to the war did not immediately ensue.

The design modern, non-naturalistic, anti-heroic, monument which included none of the anthropomorphic figures that are customary in such memorials. Not only that, but reactions to both to the design and the designer herself seemed to be informed by racism and sexism. The winner of the memorial’s design, Maya Lin, was just 21 years old. She had entered VVMF’s contest as part of an assignment in her undergraduate course at Yale, focused on funerary architecture. As Sturken sums it up, “[s]he was not only young and uncredentialed but Chinese-American and, most significantly, female.”

Critics, many of whom were Vietnam veterans themselves, saw the memorial’s design as degrading—the passive hole in the earth read as “feminized,” and the dark, black walls evoked feelings of defeat. Sturken notes, “the memorial was seen as a monument to defeat, one that spoke more directly to a nation’s guilt than to the honor of the war dead and the veterans.” The disagreements over the design revealed anxiety about ownership of the war’s representation. In this sense, it was a complex ideological battle.

Once the memorial was built, however, visitors embraced the somber, moving experience. Veterans’ names indicated a series of personal losses as well as larger national loss. Amidst the names on the wall, visitors saw their own reflections mirrored back. After all of the arguments and concern prior to the dedication of the Vietnam Veterans Memorial, Sturken explains that viewers’ “experience of Lin’s work seems to have been so powerful for those who have visited it that negative criticism of its design has vanished.”

The Wall, the Screen, and the Image: The Vietnam Veterans Memorial
By: Marita Sturken
Representations, No. 35, Special Issue: Monumental Histories (Summer, 1991), pp. 118-142
University of California Press 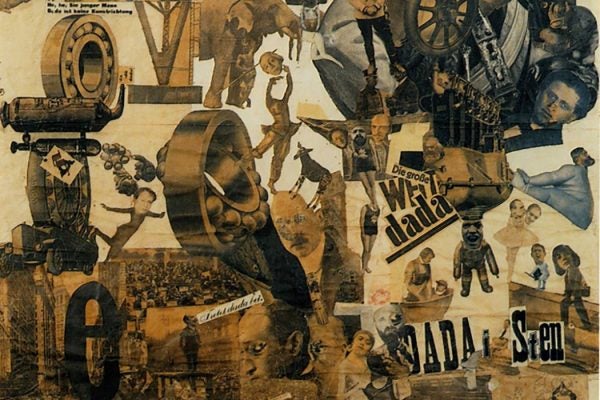 The anti-art art movement Dada was born in 1916 in Zurich's Cabaret Voltaire.