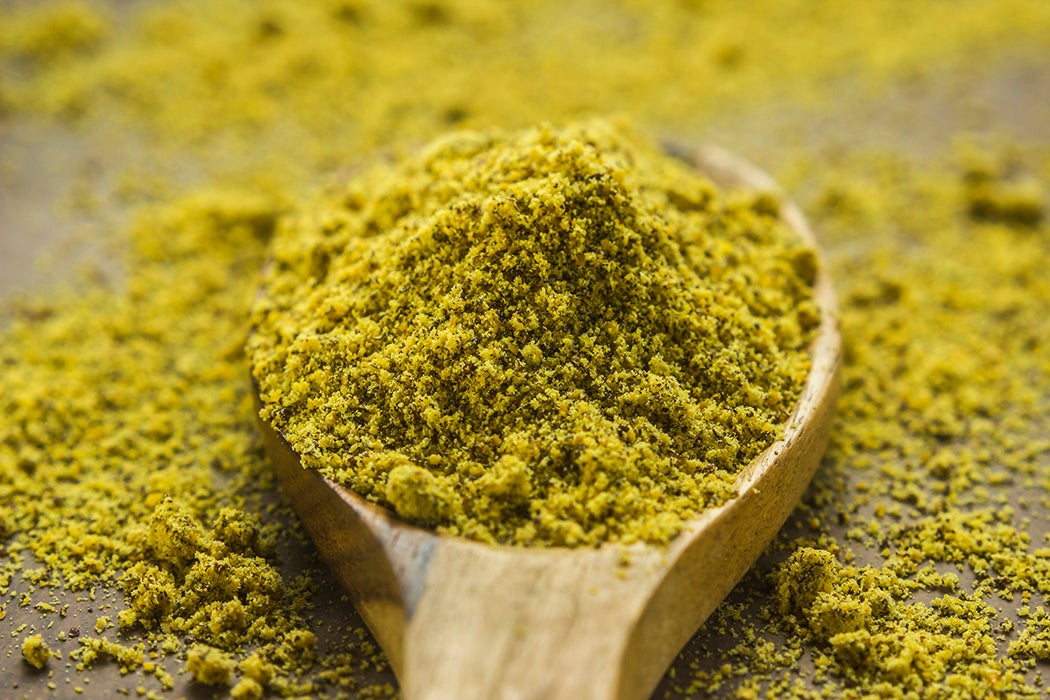 Mustard has been used as a spice, a condiment, and medicine around the Northern Hemisphere for millennia. The Romans introduced it to the British Isles, and British colonialists brought their ample taste for it to the New World.

Which begins to explain why archeologists found eight mustard bottles in a Loyalist homestead in Ontario, dating to the late eighteenth century. Scholar Denise C. McGuire examines that hot and spicy household to find out more about the lifestyle of the Butler family, who stayed loyal to the crown during the American Revolution.

Because he was a loyalist, John Butler’s estate on the western New York frontier was seized. His eldest son was killed in a skirmish in 1781, and his wife Catherine and four other children were held as prisoners in Albany from 1775 to 1780. Butler himself led guerrilla raids, with both Native American and Euro-American irregulars, into New York from Upper Canada. Surviving members of the family reunited after the war and settled in Niagara-on-the-Lake. The Butler family homestead was uncovered by archeologists in 1999.

Mustard has been used since antiquity for its supposed “efficacy in treating symptoms of rheumatism, gout, arthritis, colds, and fever.”

Their findings included a “minimum vessel count of eight square mustard bottles,” according to McGuire. These rectangular glass “squares” would have contained mustard powder, also known as mustard flour, made from pulverized mustard seeds. That’s the way mustard was sold in those days. This powder was usually mixed with vinegar (water, mead, cider, and ale were also possibilities) to make a paste, which could then be added to foods.

“The most common function of mustard was as an ingredient in sauces, oils, vinegars, pickles, salad dressings, and gravies, or as a primary component of medicinal concoctions used to treat various ailments,” writes McGuire.

Mustard has been used since antiquity for its supposed “efficacy in treating symptoms of rheumatism, gout, arthritis, colds, and fever.” In the Butlers’ time, medicinal applications of mustard included use “as an emetic, or…as a digestive, a diuretic, a stimulant, or an anti-emetic.” Elizabeth Simcoe, wife of Upper Canada’s first lieutenant governor, wrote that she overcame seasickness during a long Atlantic crossing in 1791 “by persevering to go on Deck & by eating salt beef covered with Mustard.”

So the Butlers probably both ate mustard and used it as medicine. Why so many bottles? McGuire speculates that the family might have reused the bottles for other purposes after the mustard in them was finished.

Noting that the first mustard produced in North America dates to about 1757 in Philadelphia, McGuire writes that imports of English mustards with the “London” and “Durham” brands continued after the Revolution. The Butlers seem to have retained good relations with their American relatives and might sometimes have gotten supplies of American-made mustard through them. During the next unpleasantness between the bordering countries, much of Niagara-on-the-Lake was burned down by a retreating American invasion force in 1813.

McGuire also reveals the mystery of yellow mustard. Colman’s, still a brand today, started in England in 1814. The company made mustard yellow by adding turmeric.

A Taste for Mustard: An Archaeological Examination of a Condiment and Its Bottles from a Loyalist Homestead in Upper Canada
By: Denise C. McGuire
International Journal of Historical Archaeology, Vol. 20, No. 4, Special Issue: Small Finds, Big Implications: The Cultural Meaning of the Littlest Artifacts (December 2016), pp. 666-692
Springer