The Invention of Sibling Rivalry

Sibling jealousy feels like a universal problem, but most parenting experts didn’t even acknowledge it until the early 20th century. 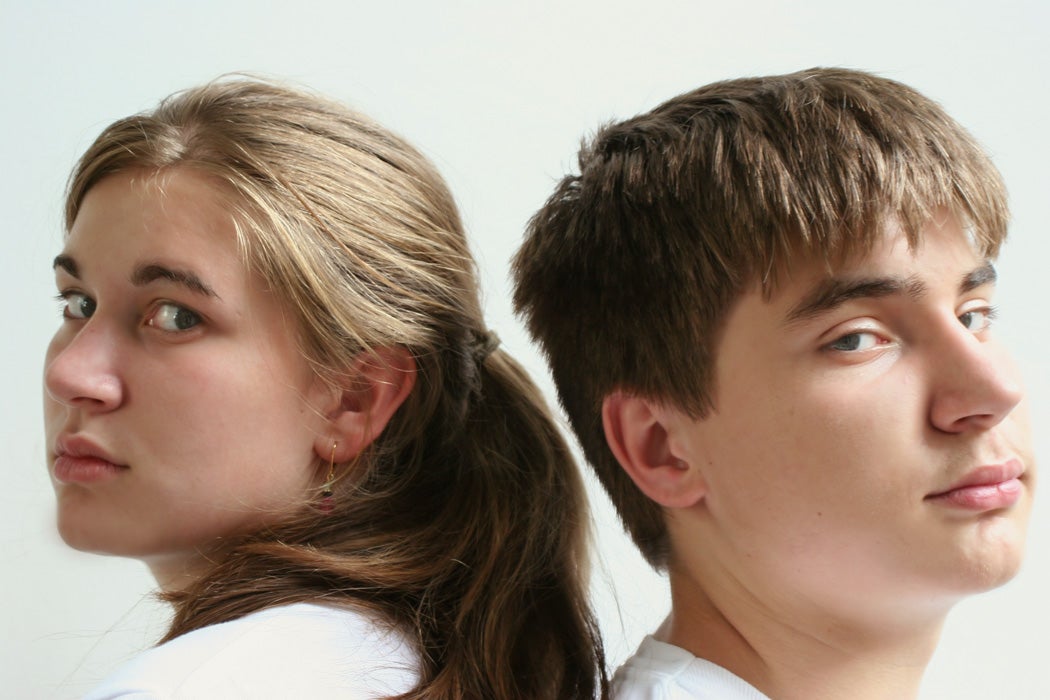 When a new baby arrives, their older siblings are often a bit resentful. That may sound like a timeless truth, but as historian Peter N. Stearns writes, worries about jealousy among young siblings have been with us for less than a century.

Stearns explains that when parenting manuals became common, starting in the 1830s, they advised parents on how to address sloth, boasting, precocious sexuality, and carelessness, but included nothing about sibling jealousy.

Starting in the late 1920s, however, parenting experts began identifying sibling jealousy as a central issue. Where previous books for parents had assumed that new babies were the object of affection and care for their siblings, writers now treated anger and even hatred as a normal response to a new arrival. They warned parents that they must take action against this natural jealousy to nurture loving sibling relationships and avoid permanent psychological damage. Sibling rivalry, one writer warned, “indelibly stamps personality and distorts character.”

Writers urged parents to make serious efforts to avoid this disastrous outcome. Parents were urged to hire a nurse to take care of the baby, leaving the mother more time with the older child. Grandparents and other visitors should avoid fussing over the baby and focus on their sibling. Persistent jealousy warranted a trip to see a counselor.

By the mid-1940s, a survey found that parents rated sibling jealousy as the third most important parenting issue. Interestingly, this was a particular problem for white, suburban, middle-class parents with just two children. Other demographic groups, including the urban wealthy and urban poor, considered it far less urgent.

Why did jealousy become such a problem? Stearns suggests that sibling jealousy probably really did increase in the early twentieth century as families got smaller and parenting styles became warmer. In nineteenth-century families, older children took care of younger ones, and kids banded together against strict parental discipline. In the twentieth, they were more likely to be rivals for maternal affection.

But Stearn considers it likely that parents worried about jealousy to a degree that was out of proportion to the actual rise in the emotion. This concern was the result of a culture that increasingly demanded cooperative personalities. The rise of corporations and other bureaucracies led to a greater need for people who worked well with others—a demand felt particularly strongly by middle-class people.

None of this may offer much solace to a family rocked by sibling rivalry with the arrival of a new baby, but it tells us something interesting about the way historical factors affect our everyday lives.