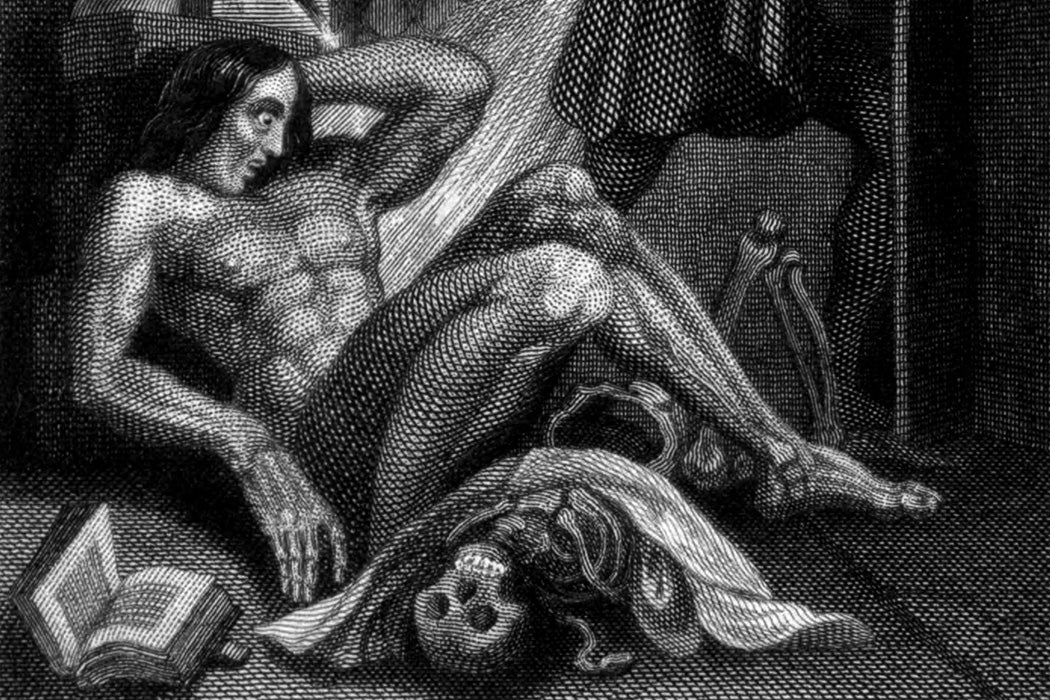 Why do people keep falling for hoaxes? Moreover, what is it about certain hoaxes that maintain an iron hold on public imagination, long after their con is exposed? The Roger Dodsworth hoax of 1826 managed to fool so many people and remain in so many memories that a short story about it, published nearly forty years later, still seemed relevant to readers, writes English literature scholar Charles E. Robinson.

Great Britain suffered through an usually hot summer in 1826, and the popular press took full advantage of it, banking on the unusual and “chilling” tale of the so-called Roger Dodsworth to sell copies. According to newspapers in Lyons, Rouen, and Paris, Dodsworth was the thirty-year-old son of the sixteenth-century English antiquarian Roger Dodsworth. As the story went, Dodsworth the younger had been frozen in ice for 166 years, having been trapped under a avalanche while on expedition at Mount St. Gothard in the Alps in 1660. The story was picked up in London; the most popular publications of the day sensationalized an already sensational tale. Even the conservative weekly John Bull published letters supposedly penned by the remarkable survivor. The public, fully under sway of the imagination and emotion that shaped the age of Romanticism, was enthralled and seduced by the story as it passed from page to page in the London papers.

The popularity of the tall, cold tale had risen and fallen in the span of a year.

Eventually, readers generally accepted that the Dodsworth revivification was false—common sense apparently triumphed in people’s overactive minds—and the story ceased circulating in early November 1826; the popularity of the tall, cold tale had risen and fallen in the span of a year. The fate of the actual (possibly French) claimant remains unknown; it seems that after their fifteen minutes of fame, they simply vanished in obscurity.

However, the hoax—an overall ridiculous and doomed venture—left a lasting mark: it lit a spark of inspiration in one of the greatest writers of the age, Mary Wollstonecraft Godwin Shelley (1797–1851). Widowed in 1822, Shelley was a one-woman powerhouse, a prolific writer who produced saleable stories to support herself and her son. She was constantly on the lookout for new material, and the Roger Dodsworth hoax must have seemed like a surprise gift delivered right into her hands. Apparently inspired by Dodsworth letters published in John Bull and New Monthly Magazine, she dashed out an essay and sent it off to Cyrus Redding, then working editor of the New Monthly Magazine.

Unfortunately, it took Redding thirty-seven years to bring the essay to print. In 1863, it appeared as “The Reanimated Englishman” in volume two of Redding’s Yesterday and To-day. Written in the form of a letter, similar to its predecessor, Frankenstein, it recounts the “true” story of the thawed Roger Dodsworth, reimagining the hoax as a genuine blend of science and historical fiction that showcases Shelley’s powers of daring experimentation.

It’s not the least bit surprising that Shelley became so fascinated with the hoax’s central concept. Throughout her literary career, she never grew weary of exploring the idea of cheating death, either by scientific or alchemical means. Her widely recognized masterpiece, Frankenstein, saw a mad genius construct a conscious creature out of parts of a dead body. Less well known is her 1833 short story “The Mortal Immortal,” but it features a professor’s assistant who ingests an elixir that allows him to live for more than three hundred years. Giving life was her niche. Or, more appropriately, her science.

According to Robinson, no English journalist looked into the original source for the Dodsworth claim. The story first appeared in the Journal du Commerce de Lyon, but since the city of Lyon “seem[ed] to have attracted its share of quacks,” it’s doubtful and investigation would have brought clarity to the matter. When the person behind Roger Dodsworth first came up with the idea to pretend to be a man preserved in ice, he probably never suspected that the tale would be gratefully borrowed by so many others. In this manner, the trickster achieved an unexpected (if anonymous) form of immortality and the honor to serve as a muse for of the most renowned authors of the Romantic movement.