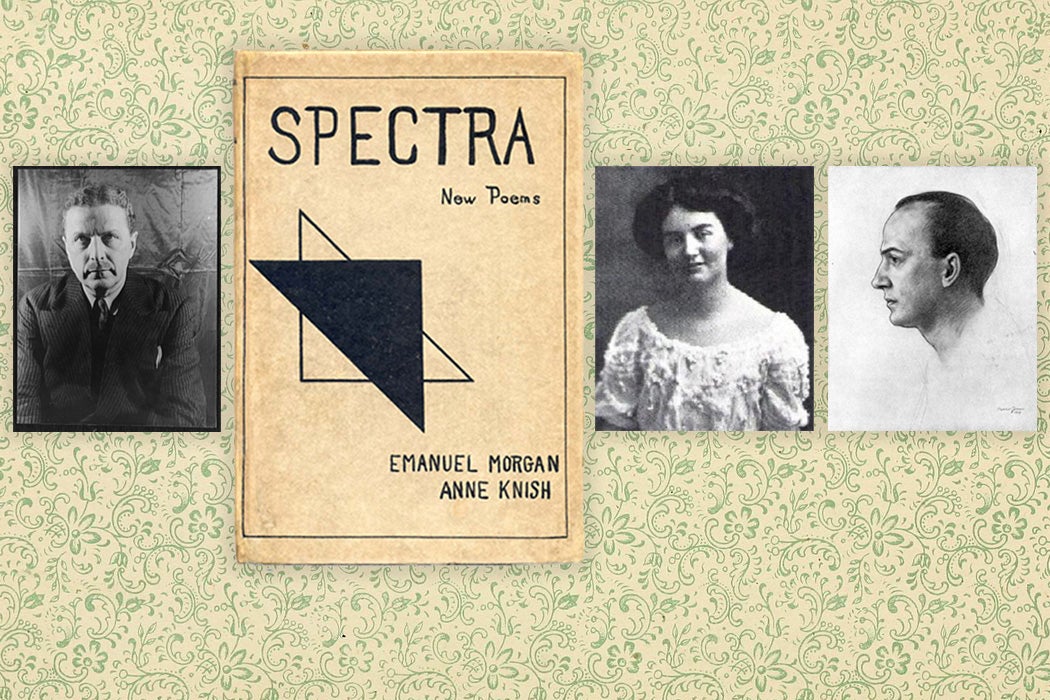 The January 1917 issue of the literary magazine Others was devoted to the poets of the Spectric School of Poetry, a new literary movement, which, as its members described, “push[ed] the possibilities of poetic expression into a new region.” Others was a perfect fit for this experimental work, explains modernist-poetry scholar Suzanne W. Churchill. The journal “had earned a reputation for extremism by publishing daring and experimental poets such as Mina Loy, Marianne Moore, Wallace Stevens, and William Carlos Williams.” There was just one problem: Spectra was a hoax.

Writing under the names Emanuel Morgan and Anne Knish, the poets Witter Bynner and Arthur Davison Ficke invented the Spectra movement as an attempt to “debunk the authority of” various styles of modern poetry, explains historian Audrey Russek.

In 1916 the two men checked into a hotel and, as Ficke described it, “from ten quarts of excellent Scotch in ten days extracted the whole of the Spectric philosophy.” They later added a third member, poet Marjorie Allen Seiffert, who wrote under the name Elijah Hay.

Lucky for them, this era also marked the rise of the little magazine.

Now that they had a “movement,” they needed to find an outlet. Lucky for them, this era also marked the rise of the little magazine. Little magazines—literary journals that focused on experimental works—were perfect because, as Churchill writes, “they were more permissive and open to experiment, but also because the journals were themselves performance spaces, more similar to theaters than books.”

In a 1916 lecture, Bynner called out modernists Ezra Pound, John Gould Fletcher, and Amy Lowell as “attracting about the same morbid curiosity evinced by sightseers in a medical museum.” “There is a large need for poetry,” he also remarked, “…but the public wants it real.” And “real” in this sense meant the made-up Spectra poets who, he declared in his closing remarks, were poetry’s “one ray of hope,” without revealing his true motive of challenging and discrediting a movement that he and Ficke found lacking.

The two men wanted to “expose the pretensions of modernist poets and audiences alike, especially the Others extremists,” Churchill writes. Others and magazines like it “represented what to them was most dangerous about the movement: formal laxity, cultish behavior, and superficial fads.” The hoaxers hated that it was not only a journal of free verse, but as Churchill explains, that it was also associated with free thinking, free love, and general “freakishness.”

Spectra verse found its way onto the pages of Others, as well as other magazines. As Churchill writes, “rumors had already been circulating in little magazine circles, fueled by Bynner and Ficke’s public hints and private confessions.” In April 1918 the mask fell off when Bynner admitted to the hoax during a lecture. Reactions ranged from “We knew it all along” to a genuine sense of betrayal.

As for the poets, they discovered that the lines between their “real” and “hoax” poetry remained blurry, with each of them acknowledging that their Spectra writing was some of their best and freest. “I find now that I write like [Emanuel Morgan] without the slightest effort,” Bynner later said. “I don’t know where he leaves off and I begin.” 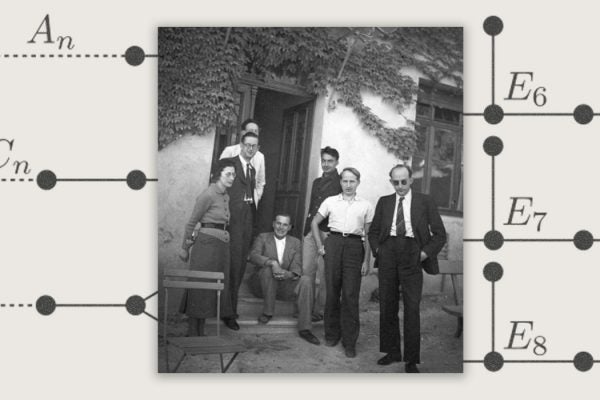 The Mathematical Pranksters behind Nicolas Bourbaki

Bourbaki was gnomic and mythical, impossible to pin down; his mathematics just the opposite: unified, unambiguous, free of human idiosyncrasy.