Revisiting the iconic work of Barbara Kruger (“Your Body is a Battleground”) that has just as much resonance today as it did a quarter century ago. 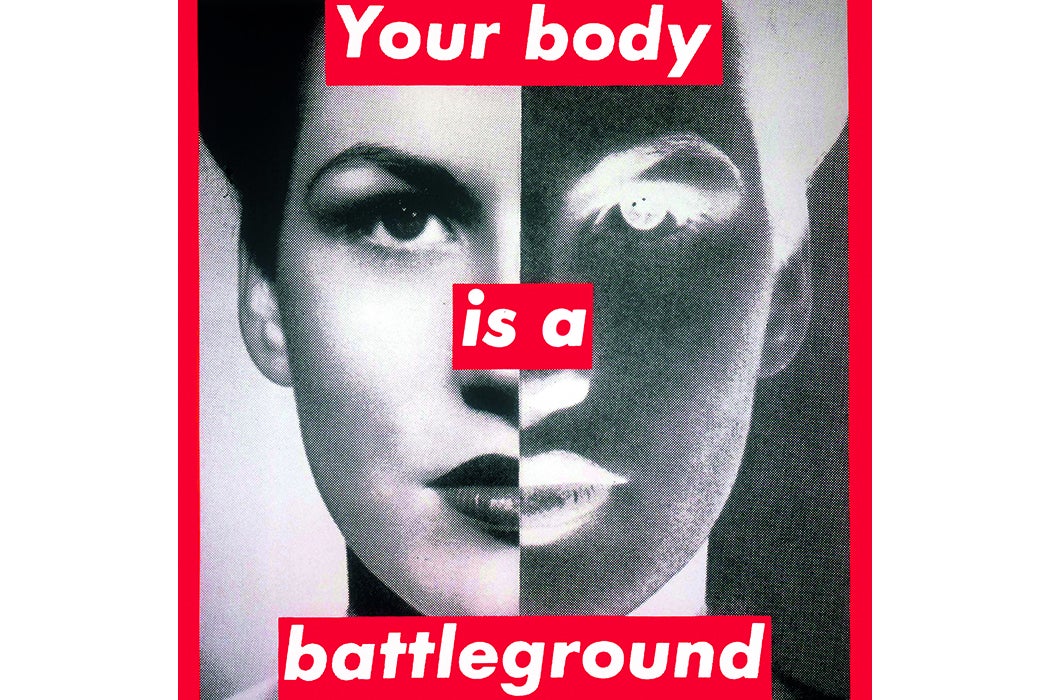 In light of the recent SCOTUS decision to strike down the Texas abortion access law and uphold what presidential hopeful Hillary Clinton says is every woman’s “constitutional right to make her own reproductive choices,” it is fitting to revisit media artist Barbara Kruger’s seminal 1989 silkscreen, (Untitled) Your Body is a Battleground. Kruger made this iconic image for the Women’s March on Washington in 1989 after a string of anti-abortion laws began to undermine Roe v. Wade.

In a 1991 interview, W. J. T. Mitchell and Kruger discuss her motivations and work. Barbara Kruger—artist, activist,  and feminist—garnered notice in the art world for her distinct visual language. Combining replicated black and white photographs from the 1950s with stark white Futura Bold lettering on red panels in public spaces like buildings and billboards, Kruger produced endless prints and public art pieces which examined the issue of inequality.

Mitchell asked the artist about her juxtaposition of phrases and photography. Kruger noted, “I think that there is an accessibility to pictures and words that we have learned to read very fluently through advertising and through the technological development of photography and film and video.”

In adopting the language and medium of advertising, Kruger disrupts the recognizable language of mass media. She delivers meaningful messages directly to the viewer (in such works like Untitled (We Don’t Need Another Hero) or Untitled (You Invest in the Divinity of the Masterpiece)). In the interview she points out, “what the media have done today is make a thing meaningless through its accessibility. And what I’m interested in is taking that accessibility and making meaning. I’m interested in dealing with complexity, yes. But not necessarily to the end of any romance with the obscure.”

Kruger’s phrasing became a rallying cry for women while the Roe v. Wade decision was in the process of being overturned.

Kruger’s prints and public art worked to add meaning back into media—to break up the monotonous images and words people are bombarded with every day and to imbue them with new meanings—directly addressing the viewer, via the use of “we” and “you.”

In April of 1989, Kruger designed fliers for the pro-choice rally in Washington D.C. The background is a photographic image of a woman’s face split vertically into symmetrical halves with the positive and negative of the black and white image. Red words are splashed across the image: “Your Body is a Battleground.” This powerful flier was distributed during the march and the phrasing became a rallying cry for women while the Roe v. Wade decision was in the process of being overturned.

Over 25 years later, Barbara Kruger’s work, message, and art remain relevant. As Kruger put it: “I think that it’s important for me to somehow, through a collection of words and images, to somehow try to picture—or objectify, or visualize—how it might feel sometimes to be alive today.” 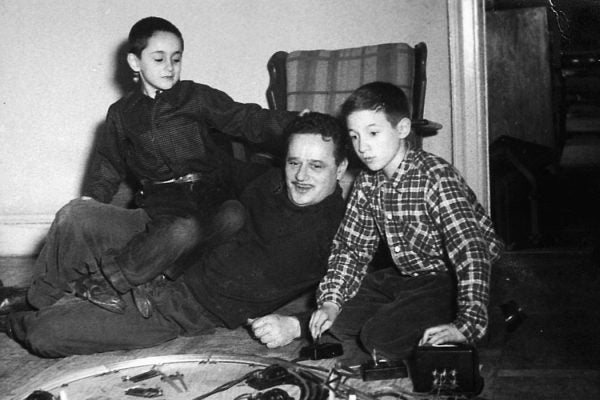 The Unlikely Origins of “Strange Fruit”

The man behind the anti-lynching anthem "Strange Fruit" was a white, Jewish, Communist named Abel Meeropol.