The Hidden Meaning of a Notorious Experiment

In Stanley Milgram’s studies of obedience, people believed they were giving shocks to others. But did their compliance say much about the Nazis? 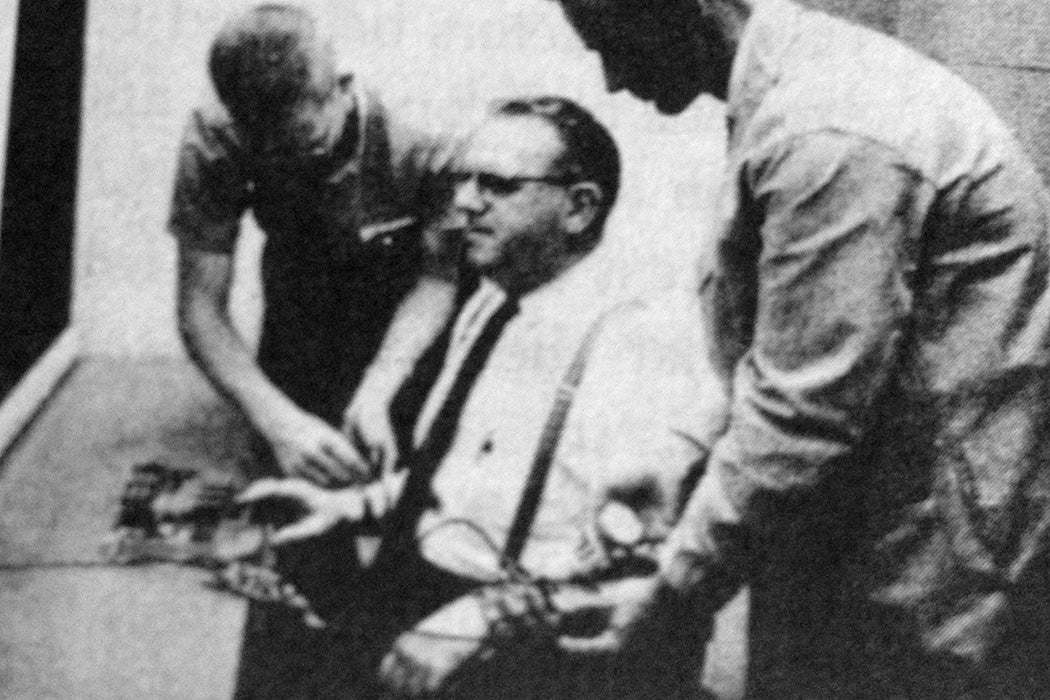 Adolf Eichmann was both an angel of death and a conundrum, a top architect of the Holocaust and an ordinary-looking man who, at his trial in 1961, defended himself by saying that he was only following Hitler’s orders in organizing the Final Solution. That same year, psychologist Stanley Milgram began a series of experiments to see how far people would go in inflicting pain and suffering on fellow humans if given orders to do so.

The subjects were given a series of words to “teach” a person who sat behind a screen. If that person said the words in the wrong order, subjects would administer what they thought were increasingly painful shocks by flicking a switch on a box. It was a setup, and no shocks were really given, but the person behind the screen would protest, eventually to the point of screaming out. If the subject didn’t want to continue, they were simply told, “Please go on.”

Underneath it all was a message about gender during the Cold War.

In a paper published in 1963, Milgram showed that most people would continue to a great extent, as long as the authority in the room instructed them to. He framed that publication as revealing truths about Nazi death camps, which caused a cultural sensation.

But the reason this bit of “theater” was so powerful, writes historian of psychology Ian Nicholson, wasn’t necessarily its “lesson” about authoritarianism. Underneath it all was a message about gender during the Cold War. Specifically, “part of the experiments’ power to captivate [society] lay in their capacity not only to showcase already existing masculine weakness but to demonstrate ‘scientifically’ that a new and altogether more barbaric level of male enfeeblement had taken root in the American male psyche.”

That “enfeeblement” consisted of the sapping of the willpower and self-direction it took to be a democratic citizen—and to be a man. In the politicized language of the Cold War, Nicholson explains, men were either “soft” or “hard.” (Yep, hard was better.) So naturally, of the 1,000 people Milgram recruited for his experiments, 960 were men. The “experimenter,” who ordered the “subjects” to keep upping the voltage, was recruited for the role because of his intimidating impassiveness. And the “learner,” who sat behind the screen and screamed at the fake shocks, was selected because he could sound weak.

In fact, Nicholson found archival evidence that Milgram’s initial conception of the experiment wasn’t really about the Nazis at all. In a 1961 grant application, filed before the Eichmann trial was in full swing, Milgram “proposed to study the conditions under which compliance with authority could be increased or decreased—knowledge that had obvious military and political applications.” He argued, for example, that the experiment would give a greater understanding of mind-control techniques on (male) U.S. POWs in the Korean War. It would help prevent the mindset of communism from spreading.

Nicholson argues that popular media amplified the relevance of the Milgram experiments to understanding the Nazis, which Milgram himself remained ambivalent about. But soon, in the hands of a male-dominated psychology profession, the series of studies (published as Obedience to Authority in the 1970s) became canonical, used to explain all manner of human-inflicted atrocities and weaknesses of “character.”

Milgram didn’t set out directly to explore the Holocaust at all, Nicholson finds. But given what he calls Milgram’s “flamboyant” opening reference to the Nazis in his first paper, as well as the Cold War context of masculinity-in-crisis, maybe it was inevitable that it would be interpreted that way.

“Shocking” Masculinity: Stanley Milgram, “Obedienceto Authority,” and the “Crisis of Manhood” in ColdWar America
By: Ian Nicholson
Isis, Vol. 102, No. 2 (June 2011), pp. 238-268
The University of Chicago Press on behalf of The History of Science Society 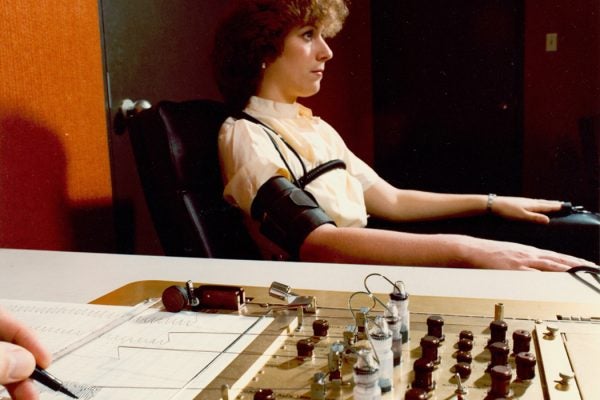 The Online Lie Detector Is No Better Than the Polygraph

People love the idea of a machine that tells us who to trust. But the historical analog of the online lie detector also didn't work.