The Haiku of Richard Wright

As he lay bedridden with dysentery, the author wrote an astonishing number of haiku. What inspired him? 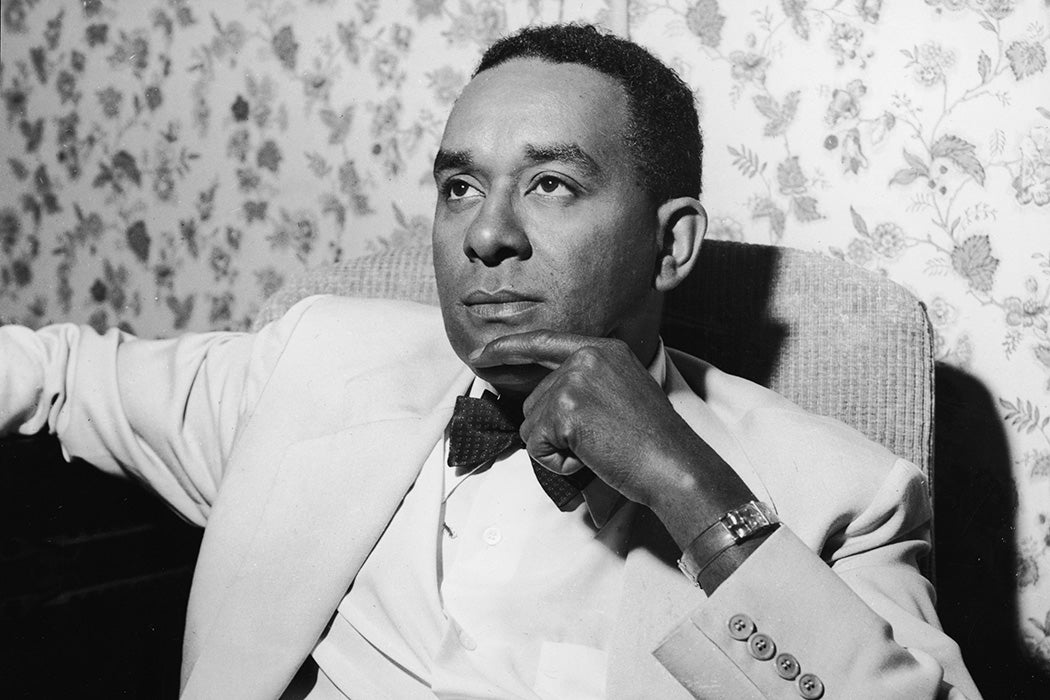 Just this week, the Library of America published a novel by Richard Wright, The Man Who Lived Underground, after nearly eighty years. This has sparked conversations about Wright and the worlds he wanted to create with his fiction, but the time might be right for a renewed appreciation of his poetry, too. Perhaps best known for his memoir Black Boy and his novel Native Son, Wright also wrote haiku, and as scholar Richard ladonisi notes, he was “the first noteworthy American minority writer to produce the highly popular poetic form.”

While bedridden with dysentery, Wright picked up a volume of haiku—a Japanese poetic form containing three unrhymed lines with a 5/7/5 syllabic pattern—and fell in love with the form. As Iadonisi writes, Wright “began composing in August 1959 and, within a few months, he had written four thousand haiku.” He prepared just over 800 of his poems for publication, but when he submitted them to a publisher in 1960, the manuscript was rejected. His haiku wouldn’t see publication until 1998.

So what was it about the form that captivated him?

He began writing the poems just a year before his death.

Iadonisi points out that haiku was experiencing a rise in popularity in the United States following World War II, so exposure to the form wasn’t unusual. But scholars disagree about its appeal to Wright. As Iadonisi notes, “a number of critics have interpreted Wright’s haiku as a vehicle that enabled Wright to fly away from his economic, physical, and racial concerns,” while others point to the spiritual grounding of the form, which allowed Wright to “[attain] a state of selflessness and condition of rest and ease[.]” He began writing the poems just a year before his death, so all of those elements could have been on his mind. But he may have also been interested in the form because it allowed him to experiment.

As he wrote in his 1957 essay collection, White Man, Listen, “If the expression of the American Negro should take a sharp turn toward strictly racial themes, then you will know by that token that we are suffering our old and ancient agonies at the hands of our white American neighbors. If, however, our expression broadens, assumes the common themes and burdens of literary expression which are the heritage of all men, then by that token you will know that a humane attitude prevails in America towards us.” But this may all be as simply put as American literature scholar Abraham Chapman’s explanation in a 1967 article, “What is important is the Negro writer’s right to full freedom of choice in subject matter and in artistic voice.”

Wright, in fact, did address race in his poems, as well as themes of nature, being, humor, and, as Iadonisi notes, “a number of haiku that successfully replicate their classic Japanese forebears.” But Iadonisi also points out, “Any desire for escape or transcendence is tempered by the world we live in[.]”

Wright’s haiku haven’t received the kind of attention that many of his other works have, but as scholar Jerry W. Ward, Jr. notes, “The attention to his poetry ought to be conducted with the same rigor we accord to his novels[.]”

"I Am Nobody": The Haiku of Richard Wright
By: Richard Iadonisi
MELUS, Vol. 30, No. 3, Personal and Political (Fall, 2005), pp. 179-200
Oxford University Press on behalf of Society for the Study of the Multi-Ethnic Literature of the United States (MELUS)
THE HARLEM RENAISSANCE IN LITERARY HISTORY
By: Abraham Chapman
CLA Journal, Vol. 11, No. 1 (September, 1967), pp. 38-58
College Language Association
The Many Influences of Richard Wright: An Interview with Jerry W. Ward, Jr.
By: John Zheng and Jerry W. Ward Jr.
African American Review, Vol. 50, No. 1 (Spring 2017), pp. 17-25
The Johns Hopkins University Press on behalf of African American Review (St. Louis University)