The Groundbreaking Work of Jackie Ormes

The first Black woman to have a regularly published comic strip, Ormes gave form to the political and social concerns of Black Americans. 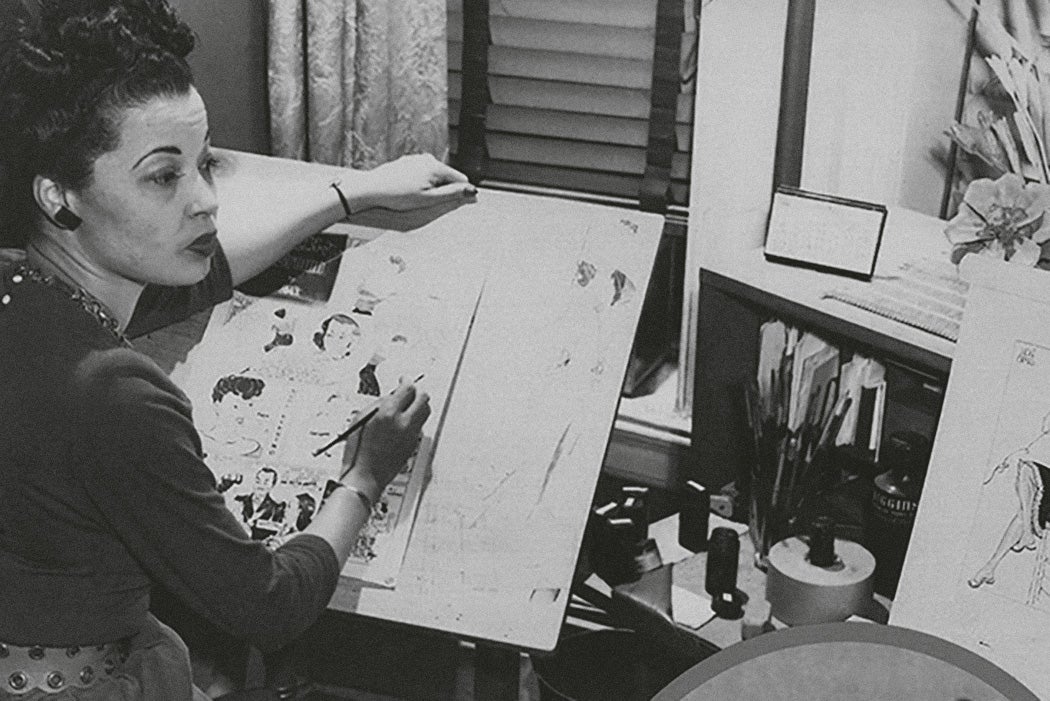 In the first half of the twentieth century, any newspaper that did not have a comics page would have found its future rocky. As anthropologist Edward Brunner explains, only the New York Times and the Boston Evening Transcript omitted them.

Newspapers reached out to comics syndicators to provide entertainment for their readers. Syndicated strips appeared in papers across the country and were supposed to appeal to a wide range of readers—provided those readers didn’t mind racism. King Features, owned by Hearst, sold syndicated comics to a number of papers. The Hearst offerings included eight “ready-print” packages that featured Barney Google and his sidekick, “a minstrelized caricature of an African American jockey.” These and similar packages were offered to all kinds of newspapers, including those run and mostly read by Black Americans.

Once artists and publishers began seeing the medium as more than joke delivery, things began to change.

In turn, Black-run publications began relying on in-house creators and freelancers. As Brunner points out, not every strip was pushing back against racism. Like their syndicated counterparts, they were mostly “content just to deliver a basic gag.” But once artists and publishers began seeing the medium as more than joke delivery, things began to change. And one strip in particular was a big part of that change.

Torchy Brown, which ran from 1937 to 1938, was distinctive for several reasons. First, its creator, Zelda Jackson “Jackie” Ormes, made it “almost certainly the first strip to be written and drawn by an African American woman.” Second, its appearance in all editions of the Pittsburgh Courier, a major Black-owned paper, “was as close to syndication as an African American strip could expect.”

Ormes, born in 1911, grew up near Pittsburgh. She was interested in art from an early age, publishing her first comics in her school’s yearbooks. While still in high school, she got a job reporting for the Courier, and she continued working for the paper as a proofreader and reporter after graduation. As historian E. Frances White writes, this was an important time for the Black press, a time when “African American newspapers were central to the construction of black community relations and national agendas.”

Ormes’s cartoons were a part of this work. Torchy Brown followed the life and exploits of a teenager who had moved from Mississippi to New York, a subject that, as Brunner notes, not only focused on the Great Migration, but “celebrated and amplified the success of African Americans.” Ormes followed the year-long run of Torchy Brown with Candy, a short-lived strip featuring a domestic worker. In a change from Torchy Brown, Candy appeared on the editorial page of the Defender and often focused on political issues.

Her longest-running comic, Patty-Jo ‘n’ Ginger, appeared in the Courier from 1945 to 1956. Patty-Jo was a stylish and sarcastic little girl whose sharp words were mostly directed at her older sister, Ginger. When she wasn’t teasing Ginger, her caustic wit was political, offering commentary on “labor issues, racism, education, the A-bomb and the H-bomb, taxes, and the House Committee on Un-American Activities,” White explains. The character was so popular that a Patty-Jo doll, “one of the first realistic black dolls made for the African-American market,” was produced in 1947.

Ormes is someone “who could easily fall between the cracks because she was a woman cartoonist in a black newspaper,” White points out, but appearing in those papers was a part of her legacy. As fellow cartoonist Nicole Hollander confirms in an interview, “her community benefited by having an incredible artist tell their stories, undiluted by those same mainstream papers.”

Editor’s note: This article was edited to correct a misspelling. 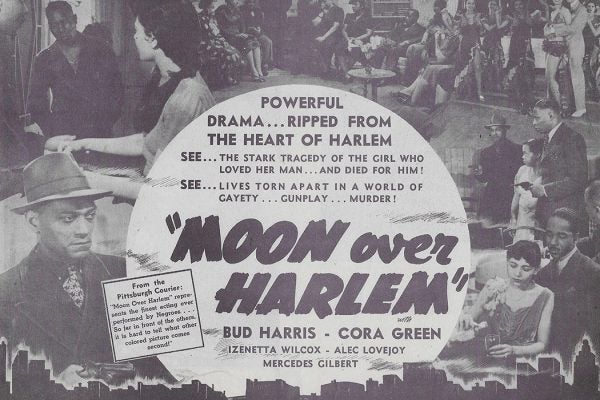 How Film Ads Were Part of the Fight Against Segregation

In the Jim Crow era, Black film theaters were left out of the "first-run" distribution channels. Theater owners used creativity to attract their audiences.