The First Earth Day, and the First Green Generation

The first Earth Day took place fifty years ago, so most people don’t remember how it happened or what it accomplished. It’s time for a look back. Lots of people alive today aren’t even old enough to remember the first Earth Day, celebrated on April 22, 1970—fifty years ago. At a time when the Sunrise Movement and the Green New Deal seem to electrify young activists, a look back at the first Earth Day can show how environmentalism came to matter to so many people.

The historian Adam Rome argues that Earth Day was tremendously influential and catalytic, but that its history isn’t at all well known: He calls it the “most famous little-known event in modern U.S. history.”

“Earth Day was not just one event, and—despite the name—Earth Day did not happen only on April 22, 1970.”

That Earth Day, writes Rome, dwarfed other mass events from the 1960s, including demonstrations for civil rights, feminism, and peace. “Earth Day was not just one event, and—despite the name—Earth Day did not happen only on April 22, 1970,” he explains. “In many places, the events lasted a week. A more accurate name would be Earth Spring[.]” In his book on the events, Rome also argues that Earth Day gave birth to the “first green generation.”

The impetus was Senator Gaylord Nelson of Wisconsin, who issued a call in September 1969 for a national teach-in about the environment. Rachel Carson’s Silent Spring (1962) had primed the nation through the last half of the 1960s, but twin disasters in 1969 really brought the issues to people’s attention. A major oil spill covered Santa Barbara’s beaches in January. The Cuyahoga River in Cleveland, which had a tendency to burn because it was so polluted, caught fire in spectacular fashion in June. Environmental degradation was right there on the nation’s television screens.

Back when he was governor of Wisconsin, Nelson had “championed the conservation cause,” Rome writes. As a senator, he was inspired by the anti–Vietnam War teach-ins—in which students and others discussed the history of the war and worked to expand the antiwar movement. Nelson announced his Earth Day plan six months in advance. That left plenty of time, as Rome notes, for recruitment, organizational buildup, and media attention.

But critically, Nelson didn’t want to be seen as the sole leader. “He did not hover, trying to direct every movement on the ground below,” writes Rome. Letting other people “take ownership of the teach-in … enabled Earth Day to engage the energies of thousands of people.”

Along with the resulting explosion of grassroots activity, media attention became intense. Even Sports Illustrated had a cover story on the subject. The three main TV networks all broadcast specials on the environment in April. The fledgling PBS (still called National Educational Television) devoted its entire programing on April 22 to Earth Day, including Sesame Street and Mister Rogers’ Neighborhood.

In addition to the teach-ins, there were panels, lectures, cleanups, boycotts, marches, and performances. Across the nation, tens of millions of radicals, moderates, and conservatives took part. Homemakers, union members, politicians, and business leaders joined high school students and grandparents. Among more serious pursuits, a guerrilla theater group put a “1959 Ford sedan on trial for crimes against the environment.”

Rome uses the University of Michigan at Ann Arbor as a case study. The four principal organizers all continued to work in environmental issues through their subsequent professional careers. This was the green generation in another way, too, for a new kind of environmental lobbying also grew out of Earth Day. Environmentalists targeted bipartisan “Dirty Dozen” congressmen in the 1970, 1972, and 1974 elections. Twenty pollution-friendly congressmen (all men in those days) were sent packing.

The environment was then largely an across-the-political-spectrum concern. A conservative president, Richard Nixon, signed the major environmental legislative acts of the early 1970s. Laws protecting endangered species and ensuring clean air and clean water went on the books, while the Environmental Protection Agency and the National Environmental Policy Act (which mandated environmental impact statements) set the template for the next half century.

As these laws are being actively undermined or attacked outright today, it may well be time for another green generation to take up the cause of uniting the nation over the benefits of clean air, water, soil, and food, all the things essential to our lives. 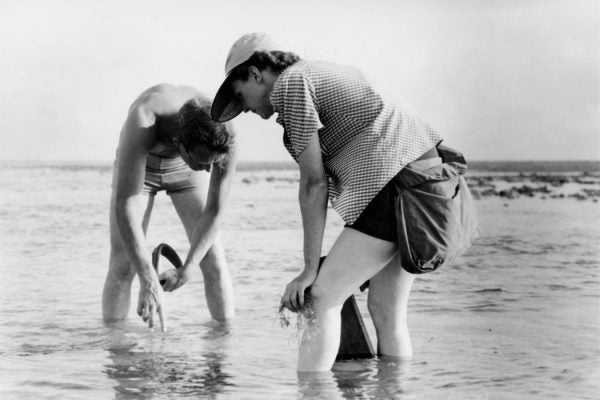 When Silent Spring was published, the response was overtly gendered. Rachel Carson's critics depicted her as hysterical, mystical, and witchy.