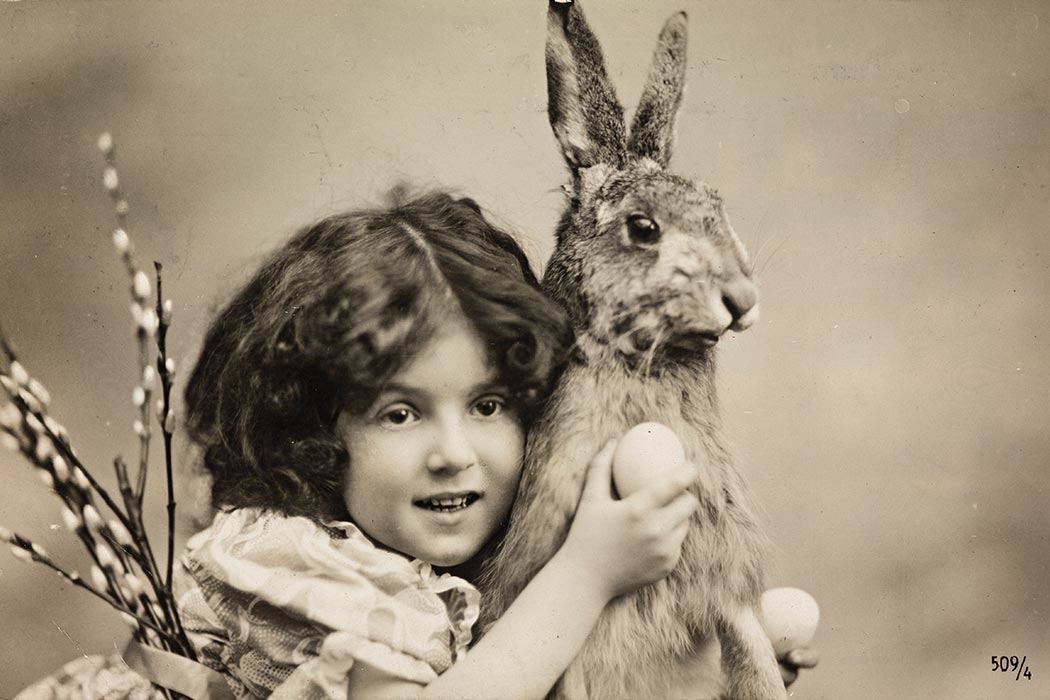 It’s time for colorfully dyed eggs, chocolate rabbits, Peeps, and, of course, the Easter Bunny. The origins of this curious rabbit who sneaks in and out of yards and houses to deposit baskets full of real, plastic, or chocolate eggs, is said to be in Germany. As Lillah Farmer describes it in her analysis of rabbits in children’s literature, “during a famine a poor woman dyed some eggs as gifts for her children at Easter. Just as they found them, a rabbit hopped away, leaving the belief that the rabbit had left the eggs.”

Of course, the Easter Bunny isn’t our only leporine hero. There is a general fascination with hares, bunnies, and rabbits in children’s literature and other aspects of popular and folk culture around the world. Lillah Farmer explores some of the compelling aspects of these mammals, which are “the most common animal in the world. They live on every continent except one and are very prolific.” Because of this prolific fertility, rabbits have become symbols of birth and the start of life. This is one reason the German bunny might have stuck as a symbol of Easter, as the animals already symbolized abundance and newness of life in springtime.

In Rodney Crisp’s creative introduction to his scientific tracing of the arrival and spread of non-native rabbits in Australia, he argues: “Pets or pests, rabbits hold a special place in the hearts and minds of children and adults alike in most western civilizations. Despite his 70 years of age, Bugs Bunny is still the favourite, followed by the Easter Bunny, the White Rabbit and the March Hare of Alice in Wonderland and then Beatrix Potter’s Peter Rabbit.” In addition to these western examples, Crisp notes that people carry rabbit feet for good luck; there are rabbit gods in Aztec mythology; rabbits are the fourth sign of the Chinese zodiac; and there is a Japanese myth that rabbits live on the Moon making mochi. Farmer adds that in ancient Egypt, rabbits also symbolized birth and new life.

But still, why rabbits? Farmer astutely points out that often “rabbits are given human foibles in many books,” like Beatrix Potter‘s The Tale of Peter Rabbit and The Tale of Benjamin Button, Lonzo Anderson and Adrienne Adams’ The Two Hundred Rabbits, Carolyn Bailey’s The Little Rabbit Who Wanted Red Wings, A. A. Milne’s Prince Rabbit, and Margery Williams’ The Velveteen Rabbit. One of the underlying draws of these classics is the overlap between the beloved animal and its recognizable human qualities.

Farmer quotes the end of Margery Williams’ classic The Velveteen Rabbit, when the protagonist of the story wishes to become real:

When the rabbit asks the Skin Horse ‘What is real?’ and whether it hurt or happened all at once, the Skin Horse’s reply was ‘It doesn’t happen all at once, you become, it takes a long time and generally by the time you are real your hair has been loved off, your eyes drop out and you are very shabby. But these things don’t matter once you are real because you can’t be ugly except to people who don’t understand.

Farmer thinks Williams’ classic “is a very beautiful, satisfying book, for the nursery fairy comes, makes him real, and leaves him in the forest to live with other rabbits.” However, in applying Farmer’s own analysis to the book, it seems that the story is ultimately so satisfying because the Velveteen Rabbit’s longing to be “real,” to be seen for who he is and to become older with grace, wisdom, and requited love, is so utterly human. 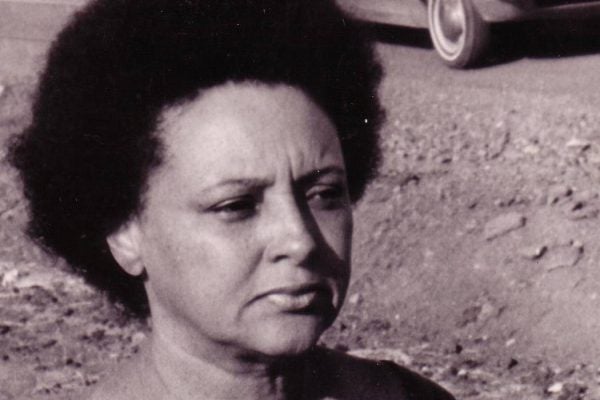