The Curious Voyage of HMS Endeavour

Captain James Cook had secret orders to to search for a predicted Southern Continent. He ended up claiming New Zealand and part of Australia for the U.K. 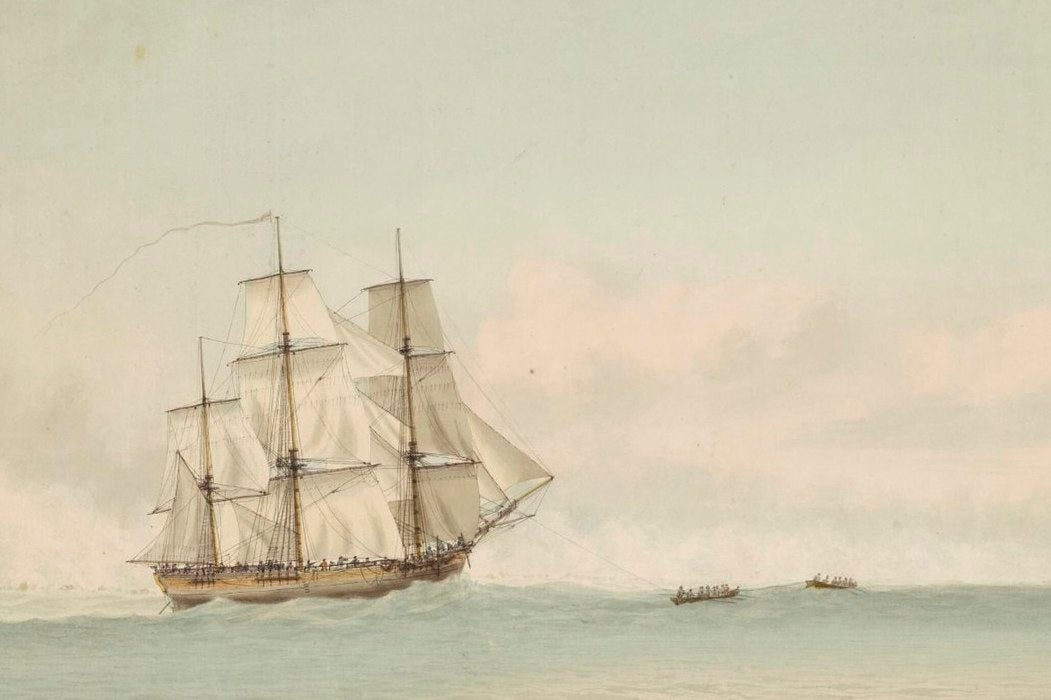 After decades of searching, researchers think they’ve finally found the wreck of eighteenth-century explorer Captain James Cook’s famous ship HMS Endeavour off the coast of Newport, Rhode Island. The discovery coincides with the 250th anniversary of Cook’s first major expedition from the United Kingdom to chart and explore the South Pacific, which included the first recorded European contact with Australia. HMS Endeavour carried Cook to some incredible accomplishments—and failures.

As historian D. W. Waters notes, then Lieutenant Cook and the crew of HMS Endeavour set sail for Tahiti on July 21st, 1768. The official mission was to join a global network of observers studying a passage of Venus across the face of the sun. The hope was to use the transit to determine the distance to the sun, but it did not work. Cook, however, also had secret orders to continue South and West to search for a predicted Southern Continent. Cook did successfully sail to this continent, mapping (and claiming) much of New Zealand and the East Coast of Australia in the name of the crown.

Seeing as how there was already an indigenous population, the expedition hardly “discovered” Australia and New Zealand. But Cook nevertheless accomplished some amazing feats of navigation. Simply getting to Tahiti exactly when he said he would was unprecedented at the time. Tahiti is a tiny, isolated dot in the middle of the South Pacific, and Cook steered right to it using lunar navigation. Equally impressive, he completed the three-year long trip without a single death from scurvy (vitamin C deficiency)—another unprecedented accomplishment. He brought with him a naturalist, Joseph Banks, who made meticulously documented specimen collections and drawings, adding immeasurably to European knowledge of natural history.

Despite his prowess, Cook made some questionable navigational choices. As historian Iain McCalman describes in The Great Circle, for unclear reasons Cook steered the Endeavor into the treacherous coastal waters of what is now North Queensland. Stuck in a maze of coral and shoals, HMS Endeavor ran aground and nearly sank. The crew spent months repairing the ship near present day Cooktown. During this time Cook’s crew became the first Europeans to see and describe a kangaroo. On a darker note, Cook also started a violent fight over resources with the local aboriginal community by hunting vast numbers of green sea turtles, a vital resource.

Understandably, Cook has a mixed legacy. Cook and his trusty ship did more than almost any other crew to usher in a new age of seafaring, but he was often violent toward native communities, until eventually he was killed in 1779 in Hawaii. HMS Endeavor was repurposed to routine transport duty in 1771. According to historian D.K. Abbass, the trusty ship was sold and renamed Lord Sandwich before being intentionally scuttled during the American Revolutionary War. It was an incongruous end for such a famous ship.

In United States midterm elections, it is common for as few as 40% of eligible adults to vote. Why it matters, and some possible solutions.