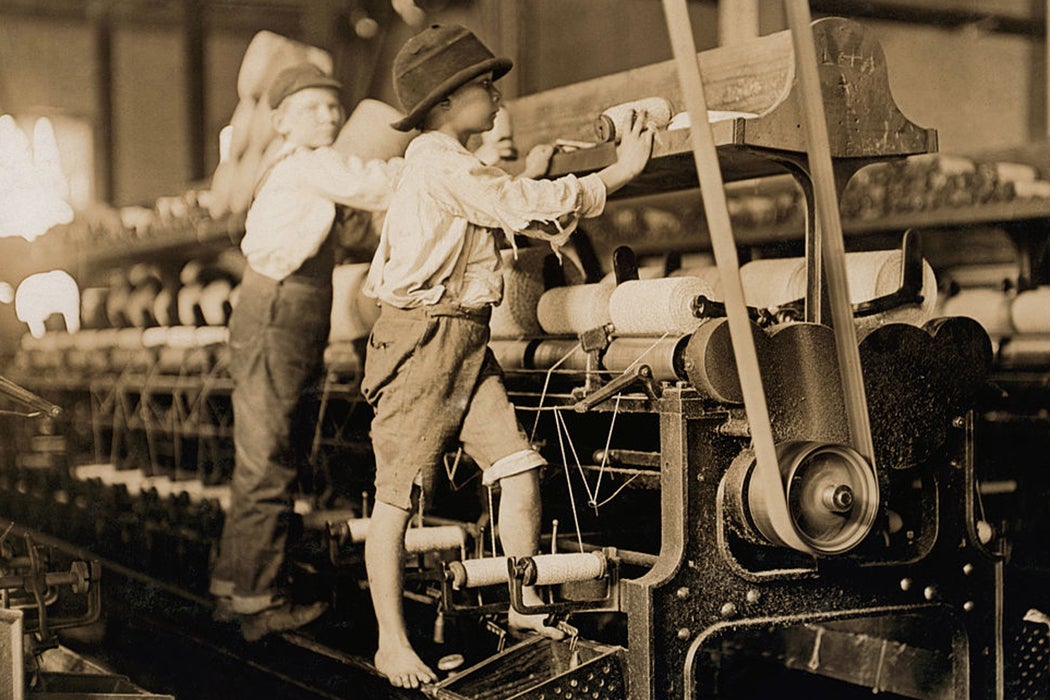 It’s a familiar story: A deep-pocketed donor creates the appearance of popular support for policy that benefits a profitable industry. Sociologist Bart Dredge shows how a version of this story played out in the 1910s and ‘20s when one man, David Clark, led a successful campaign to keep kids working.

Born in 1877, Clark was a son of the Southern ruling class. His father served as a colonel in the Confederate army and then sat on the North Carolina Supreme Court. His maternal grandfather, William A. Graham, was governor of North Carolina, a U.S. senator, and a Confederate States senator. Dredge writes that Clark began his career as a mill engineer and then owner, but quickly pivoted to journalism, dominating the industry’s trade publications.

“Clark soon became an indefatigable spokesman for southern textile industrialists, becoming wealthy as the public face of manufacturers who often preferred to stay in the background,” Dredge writes.

Clark’s Southern Textile Bulletin included standard coverage of developments in the industry, but also editorials that veered well away from the immediate interests of manufacturers. In the very first edition of the publication in 1911, Clark editorialized against child labor laws, criticizing the “long-haired men and short-haired women” from the North who tried to “tell us what we shall do.” He “railed against evolution, liberal professors, racial equality, and … federal child labor legislation,” Dredge writes.

David Clark argued that a child labor amendment would bar farm kids from doing their chores.

When the Keating-Owen Act passed in 1916, limiting and regulating child labor, Clark orchestrated a legal challenge. He recruited a mill worker whose 15- and 13-year-old sons both worked in the mill. Under the new law, the older boy would have his normal 60-hour weeks reduced, while the 13-year-old would be barred from working at all. The worker’s claim that the law deprived him of the boys’ earnings ended up winning a Supreme Court case, striking down the law. In 1922, Clark helped win a similar court victory over another piece of federal child labor legislation.

Two years later, seeking a way around the conservative Supreme Court, opponents of child labor advanced a constitutional amendment called the Child Labor Amendment. The amendment quickly passed the House and Senate, and went to the states for ratification.

To rally opposition beyond southern textile mills, Clark secretly founded and financed a group called the Farmers’ States Rights League. The FSRL had little connection with actual farmers, but it took out ads in newspapers all over the West. In these ads, Clark argued that the amendment would bar farm kids from doing their chores. He also linked anti-child-labor organizers with socialist organizations and argued that barring child labor was a step toward the Young Communist International’s goal of removing children “from the pernicious influence of the family.”

Of course, the amendment didn’t really ban chores, though it would have affected the many children working 12-hour days in cotton farms and tobacco fields. But Dredge writes that the confusion Clark created probably contributed to the amendment’s failure to pass in enough state legislatures.

It wasn’t until 1938 that Congress eliminated much of the child labor Clark had defended, when it passed the Fair Labor Standards Act. 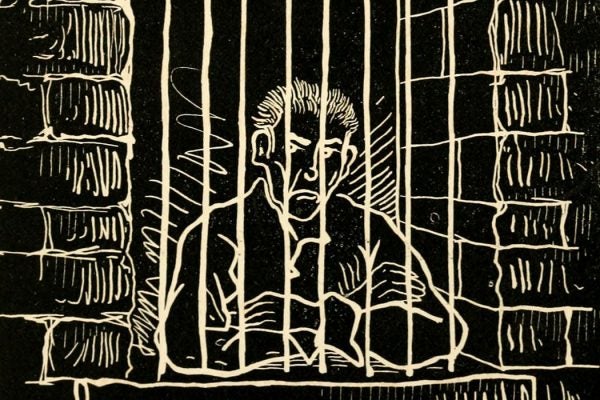