The Beatles Got Started in Hamburg. There’s a Reason for That.

The Beatles first played Hamburg’s pleasure zone in 1960, in a former strip club near the infamous Reeperbahn. 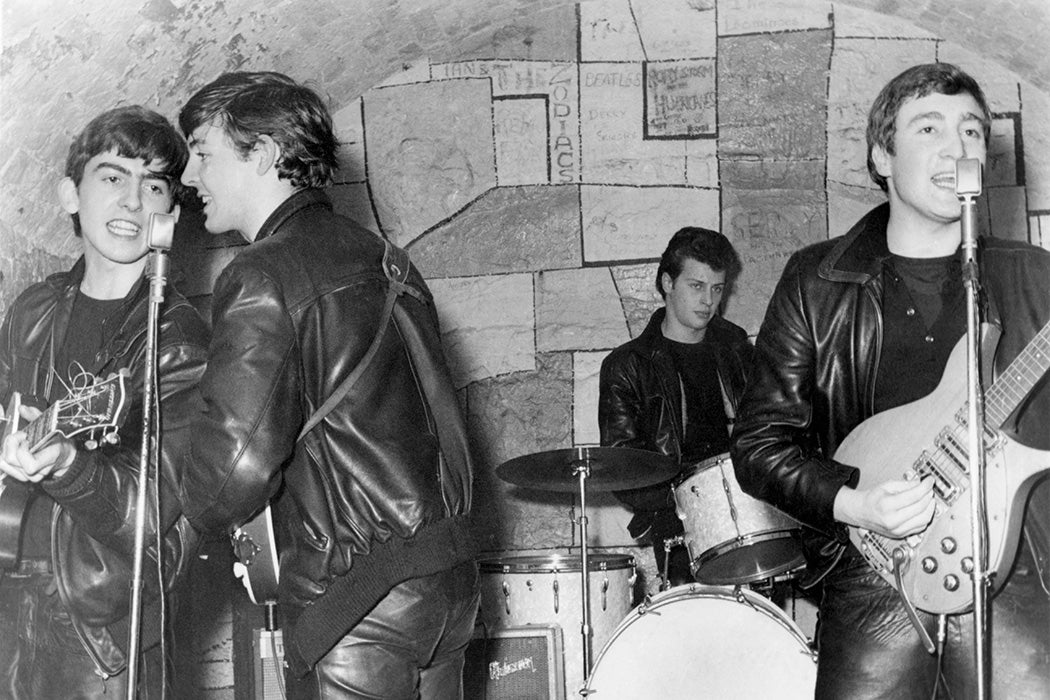 It was sixty years ago today, on August 17, 1960, that the Beatles got together to play…their first live performance at the Indra Club in Hamburg’s red light district. The Fab Four in utero—Ringo Starr wouldn’t replace Pete Best as drummer until 1962—began what George Harrison would call their “apprenticeship” in a former striptease club on the Reeperbahn.

Historian Julia Sneeringer tours the “sinful” main street of the St. Pauli harbor district via contemporary tour guides and helps to explain what the Beatles were doing so far from the Liverpool of their childhoods.

“The Reeperbahn was (and still is) defined as a zone of pleasure, a place to consume an array of sensations and to ‘let loose’ anonymously without fear of community censure,” she writes. “As such, it became a harbinger of many trends that would hit the nation with such force in the late 1960s, such as more open sexuality or broader tolerance of interracial couples and homosexuality.”

The city’s “aggressive selling of sexualized commodities” was an “extreme manifestation of a revved-up postwar capitalism.”

As a port, Hamburg had a long history of catering to sailors from around the world. But legitimate theater as well as burlesque drew middle- and working-class locals through much of the nineteenth century. The movies arrived in 1901, then striptease in 1925. The Nazis attacked the international flavor of the place, uprooting the St. Pauli Chinese-German community in an act of ethnic cleansing.

After World War II, the Reeperbahn opened back up to pleasure seekers. “Seamen, musicians, bartenders, show-girls, gays, gangsters, and prostitutes, and some 13,000 St. Pauli residents (many of whom were immigrants) rubbed elbows with tourists and slumming natives,” writes Sneeringer.

During the postwar Wirtschaftswunder (economic miracle), Hamburg’s tourism exploded. The city’s “aggressive selling of sexualized commodities” was an “extreme manifestation of a revved-up postwar capitalism.” Sneeringer quotes from the city’s official tourism center in 1961: the Reeperbahn’s “pleasure factories are springs of frivolity and enjoyment whose water nymphs aren’t exactly prudish.” The St. Pauli district generated $25 million for the local economy every year by the early 1960s.

The Beatles were pioneers here. A younger audience less interested in nude mud wrestling—or camel rides and beer-drinking horses, since animal shows were still a thing in the 1950s—started coming to the Reeperbahn. They were steeped in American popular culture, like jazz, blues, and rock and roll. Brits like the Beatles and Tony Sheridan were hired by backstreet clubs to lure in more of these customers.

Ultimately, the lads from Liverpool didn’t win over the old Indra Club patrons, who wanted their strippers back. But when they moved down the street to the Kaiserkeller, they found their audience. “They soon fell in with a group of art students who defied the conventions of their bourgeois upbringing to experience the thrill of live rock and roll in a smoky cellar,” according to Sneeringer.

Sneeringer notes that the twenty-first century brought a retro appeal to the Reeperbahn, with neo-burlesque shows and gay cabaret. And Beatles tourism: you can see where the mop tops performed for 1,100 hours over four tours of Hamburg before their first single, “Please Please Me,” was released.