The 19th-century naturalist Alfred Russel Wallace created a visualization that tied different species to specific regions of the world. 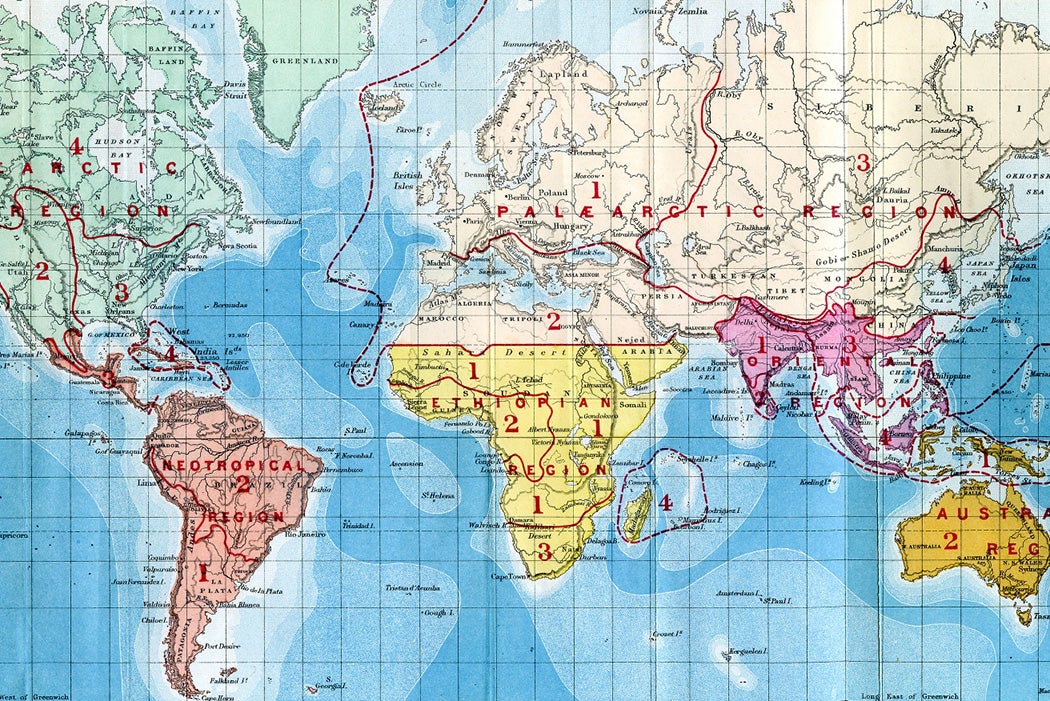 Five new bird species and five new bird subspecies have been discovered on the islands off Sulawesi, Indonesia. The announcement of the birds’ identification is being described as “the biggest avian discovery in more than a century.”

It should not be surprising that these birds were described in the islands of Wallacea, as naturalists call this region. Wallacea is home to some of the world’s greatest concentrations of biodiversity, pockets of life separated by deep water from Asia and Australia/New Guinea. They undoubtedly still harbor species unknown to scientists—while climate change and development continue to threaten to erase them.

How well does Wallace’s map hold up more than a century after his death?

Working as a collector of biological specimens, Wallace spent eight years in the Malay archipelago. He called attention to the sharp differences he found between the plants and animals of Southeast Asia and those of Australia/New Guinea, drawing what was later called the Wallace Line between these two major ecozones.

This discovery and the insights it gave him about evolution made Wallace one of the originators of biogeography: the study of the distribution of plant and animal species around the world. His 1876 global map of zoogeographical zones is one of the foundations of the discipline.

But how well does his map hold up more than a century after his death? After all, Wallace didn’t know about plate tectonics, phylogenetics, molecular systematics, satellite imaging, and advanced statistics, to name some of the concepts and analytical tools now regularly used by biologists. 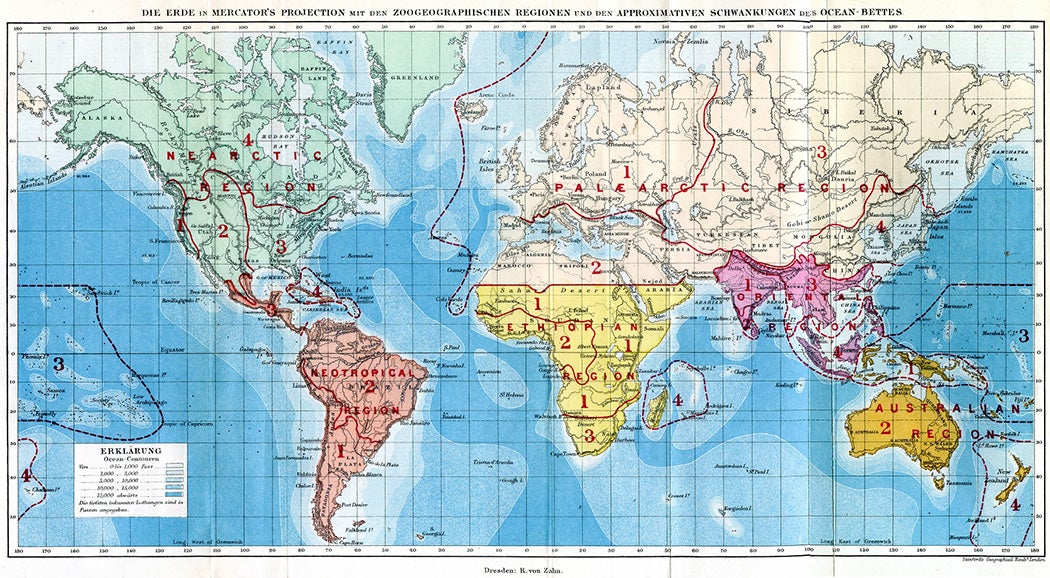 Scientists Marta Rueda, Miguel Á. Rodríguez, and Bradford A. Hawkins give Wallace credit for the present-day usefulness of his model. It is generally reproducible using the advanced techniques available today.

“Despite more than 135 years of additional knowledge of distributions, the shuffling of generic concepts, and the development of computers and complex analytical techniques,” they write, “Wallace’s zoogeographical regions appear to be no less valid than they were when he proposed them.”

Rudea, Rodríguez, and Hawkins note that Wallace was not the first person to attempt “partitioning of the world into ‘natural’ zoological regions, defined as areas with a consistency and distinctiveness of the flora and fauna.” But Wallace’s model, which broadly defined the world into six zoogeographical zones and twenty-four subregions, is the one that still largely works. Terms Wallace used for regions, like Nearctic (North America) and Neotropical (the Caribbean and the rest of Latin America), still have regular currency in science.

Can Wallace be improved upon? Absolutely, and he has been. But the principles he devised in the 1870s regarding the connections between place and life lead to “virtually the same patterns today,” even with all we now know.

Wallace considered such global models useful for, in the words of Rudea et al., “facilitating the study of existing geographical distributions of animals as a consequence of evolution by common descent and geological history of the Earth.”

It’s fitting then, that the biodiverse islands of Wallacea—where even species as “obvious” as birds can still be new to science in 2020—show how important geography is to the process of evolution. Islands are laboratories of speciation, extinction, and anthropogenic influence, but they also make great metaphors. For what, after all, is the Earth but an island in space?