Where did we get the idea that using psychic or telekinetic powers makes a person’s nose bleed? 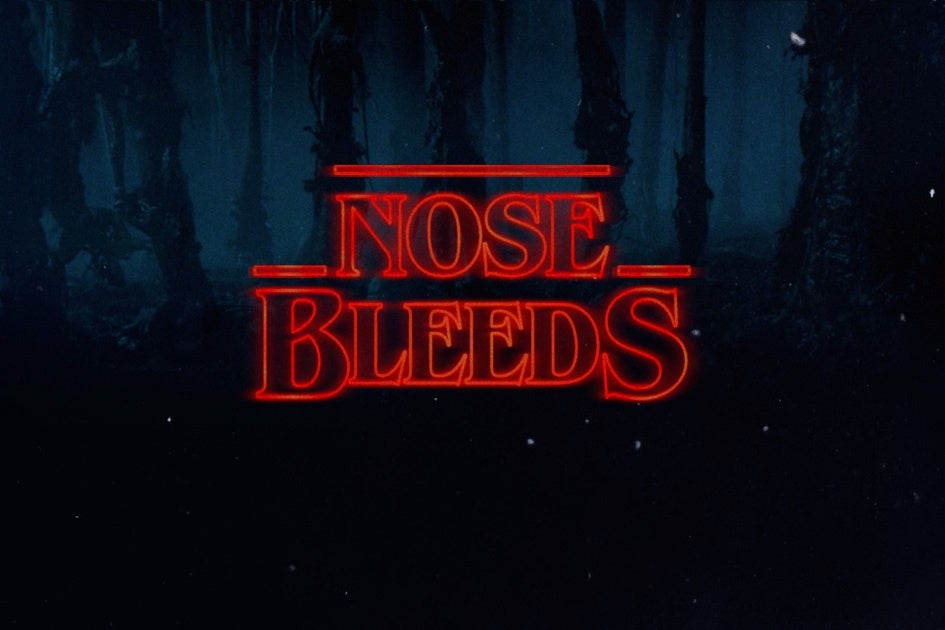 In the Netflix series Stranger Things, which has widely been declared the show of the summer, the tropes of 1980s popular culture are returned to us–some lovingly untouched, some turned on their heads, and some that have become part of the Canon of Supernatural Literature. Take, for example, the Psychic Nosebleed, or the idea that using psychic or telekinetic powers makes a person’s nose bleed.

The film Scanners, David Cronenberg’s 1981 tale of psychic people and the government who would weaponize them, demonstrated just how big a headache being paranormally gifted could be, but it was 1984’s Firestarter, based on the Stephen King novel, that brought “epistaxis telepathica” to the masses.

In Stranger Things, the psychic nosebleeds happen to a mysterious child who appears in the woods. Known only as “Eleven,” thanks to a creepy numerical tattoo, she seems to have escaped from a malevolent laboratory (disguised as “Hawkins Power and Light”)  in which she was trained to use telekinesis as a weapon. As Eleven uses her powers to fight the ruthless forces of Hawkins Power and Light—or at least secure enough waffles to outlast their hunt for her—the trickle of blood from her nose serves as a reminder that her powers come with a physical cost. The bigger the object she controls with her mind, the more severe her nosebleed (and sometimes, ear-bleed).

Where did we get the idea that using psychic or telekinetic powers makes one’s nose bleed?

Why blood, though? The idea that the strain of psychic ability would produce a visible nosebleed was easily “debunked” in this article from 2005. (“Are psychics closet nose pickers? Frankly it’s as good — if not better — than the other theories.”) Basically, nosebleeds aren’t caused by brain disease or disorders.

But the idea that telekinesis requires some sort of physiological damage has lived on. Is the thought that “thinking so hard” will burst your capillaries? Or that the amount of psychic energy builds up dangerously, until it’s expelled at the target, leaving you exhausted and drippy?

In this 1945 article, nosebleeds are cited as one of “The Five Signs of Death,” predicting that someone experiencing these symptoms should expect to die of apoplexy within the next 1 to 5 years. It stands to reason that the sight of unexpected facial blood has always indicated trouble to the casual observer. Luckily, science is a self-correcting process, and we now know that while severe hypertension can cause nosebleeds, it’s the heart attack or stroke (“fatal apoplexy”) that will ultimately kill you.

Taking a more textual approach, in Shelley Stamp Lindsey’s essay on the film adaptation of Carrie, she examines how the film “presents an innate female sexuality as a series of violent telekinetic urges.” While Stranger Things’ Eleven and Firestarter‘s Charlie McGee may not be 16 years old, as Carrie was, they’re both approaching puberty and potentially greater powers, while being used by others as weapons. The onset of menstruation as a harbinger of chaos, or at least uncleanliness and potential destruction, is as old as written religious texts. The pairing of mysterious power(s) and blood shed without pain or wounding can be seen as a modern echo of ancient menstrual taboos, and the fear of women’s reproductive powers, down to the blanket fort Eleven inhabits as a somewhat cooler menstrual hut.

In all three stories, men work to control these young women lest their powers become great enough to destroy the world (in Firestarter, a serious discussion is had as to whether Charlie might nuke the Earth). The military/scientific complexes that are present in all three dramatic works reinforce the gendered nature of the fear of these girls, as if they need strong father-figures to restrain and focus their uncontrolled abilities.

Until next season, we can only hypothesize about whether Eleven will be back, in what form, and how her powers will work. One can only hope that if her telekinesis hasn’t cleared up, she’s discovered ice packs and humidifiers.

HORROR, FEMININITY, AND CARRIE'S MONSTROUS PUBERTY.
By: SHELLEY STAMP LINDSEY
Journal of Film and Video, 43, no. 4 (1991): 33-44.
University of Illinois Press on behalf of the University Film & Video Association
Five Signs of Death
The Science News-Letter, 47, no. 8 (1945): 115.
Published by: Society for Science & the Public 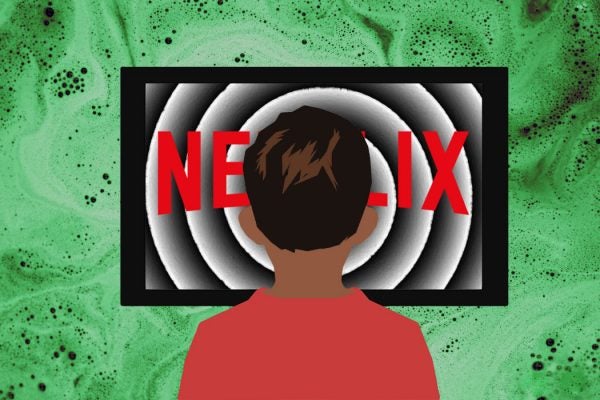