A recent study found that 34 percent of women over 40 are dating younger men, yet these relationships continue to face social disapproval. Why?

More women than ever are dating younger men. Since the late 1970s, so called “toyboy” relationships—defined as a woman married or cohabiting with a man five years or younger— have nearly tripled in the U.S. and Britain, according to the economist Melvin G. Coles. A 2003 survey by AARP found that 34 percent of women over 40 were dating younger men. Even though these relationships are so common that multiple TV shows have been created about them, they continue to be stigmatized. Why are older woman-younger man relationships on the increase, and why are people reluctant to accept them?

According to Coles and his colleague Marco Francesconi, the trend can be attributed to more women getting high-earning jobs. “On average, a woman is about 45% more likely to be in a toyboy relationship if, relative to her partner, she is more educated and in a better occupation class,” they write. Why would these factors determine who women date? According to Coles and Francesconi’s model, people choose partners based on fitness (sexual attractiveness and other factors) and “success in the labor market” (having a good job). Because most women have historically had fewer job opportunities, they have chosen partners based on their wealth. But now that women can support themselves, they are using attractiveness as their main criterion.

Women’s financial independence may be the key to understanding why such relationships are so controversial: They challenge traditional gender roles. A female breadwinner subverts the stereotype that men are supposed to support women. But this isn’t the only reason for the stigma. A double standard around aging also plays a role, the sociologists Hernan Vera, Donna H. Berado, and Felix M. Berado argue. Women’s sexual desirability is traditionally correlated with youth. Older women are not usually viewed as sexual beings, but instead as sexless, maternal figures. Older woman-younger man relationships show that older women aren’t that different from older men: They both desire young, attractive partners.

A man dating an older woman is not only going against societal expectations, but also, supposedly, against biology.

However, it’s not just the women in these relationships who face social disapproval. A 2006 study found that both partners faced criticism from friends and family, and some even lied about their age difference to avoid judgment. Why? Because being attracted to an older woman violates social norms. A man dating an older woman is not only going against societal expectations, but also, supposedly, against biology. So assumptions are made: That the man must be doing it for the money (“sugar mommy” relationships) or be seeking “mother substitutes on whom they can depend for emotional security,” as Robert O. Blood, Jr., and Donald M. Wolfe write in 1960’s Husbands and Wives (quoted in Vera, Berado, and Berado).

To be sure, not all cultures stigmatize older woman-younger man relationships. In the Lepcha tribe, which resides in the Asian highlands, such relationships are considered normal. “All boys are initiated into sex by older women, specially those who they can inherit as wives,” writes the anthropologist Subhadra Mitra Channa. Among the Bhil people in India and Pakistan, about half of wives are older than their husbands.

But many cultures, not just Western ones, have biases against older woman-younger man pairings. In some African countries, “young men… believe that a relationship with an older woman makes a young man grow old or causes diseases, or even an early death, while it rejuvenates the woman and makes her more beautiful,” according to the demographer Barthelemy Kuate-Defo.

In actuality, according to the demographer Sven Drefahl’s analysis of data on nearly two million Danish couples, the opposite is the case. Drefahl found that having a younger husband actually shortens a woman’s lifespan. The women who lived the longest were those with husbands around the same age. Yet men live longer if they are in a relationship with a younger woman. Drefahl is unsure why women with younger husbands don’t live as long. But he hypothesizes that the reason men with younger wives live longer is that a younger woman may help with health care, and she may help expand his social network.

But there are benefits for women with younger husbands. They have more sex than women with older husbands, according to a study by C. Christensen and J. Gagnon cited in gerontologist Sara Katherine Archer’s article. Women in these relationships also report being happier overall.

Yet the media continues to be critical of older woman-younger man relationships. This Daily Mail  headline is typical: “Try-hard Madonna, 55, dresses like a woman half her age as she dines out with toyboy Timor Steffens, 26.” But if such relationships continue to become more common, perhaps criticism of them will fade, making such headlines a thing of the past.

ON THE EMERGENCE OF TOYBOYS: THE TIMING OF MARRIAGE WITH AGING AND UNCERTAIN CAREERS
By: Melvyn G. Coles and Marco Francesconi
International Economic Review, Vol. 52, No. 3 (August 2011), pp. 825-853
Wiley for the Economics Department of the University of Pennsylvania and Institute of Social and Economic Research, Osaka University
Age Heterogamy in Marriage
By: Hernan Vera, Donna H. Berardo and Felix M. Berardo
Journal of Marriage and Family, Vol. 47, No. 3 (Aug., 1985), pp. 553-566
National Council on Family Relations
Older Women - Younger Men ? Is it an anomaly ?
By: Subhadra Mitra Channa
Indian Anthropologist, Vol. 30, No. 1/2 (June & Dec. 2000), pp. 19-25
Indian Anthropological Association
Young People's Relationships with Sugar Daddies and Sugar Mummies: What do We Know and What Do We Need to Know?
By: Barthelemy Kuate-Defo
African Journal of Reproductive Health / La Revue Africaine de la Santé Reproductive, Vol. 8, No. 2 (Aug., 2004), pp. 13-37
Women's Health and Action Research Centre (WHARC)
THE DOUBLE CHALLENGE—TO BE OLD AND TO BE A WOMAN
By: SARA KATHERINE ARCHER
Soundings: An Interdisciplinary Journal, Vol. 57, No. 1, LEISURE, RETIREMENT, and AGING (Spring 1974), pp. 50-69
Penn State University Press 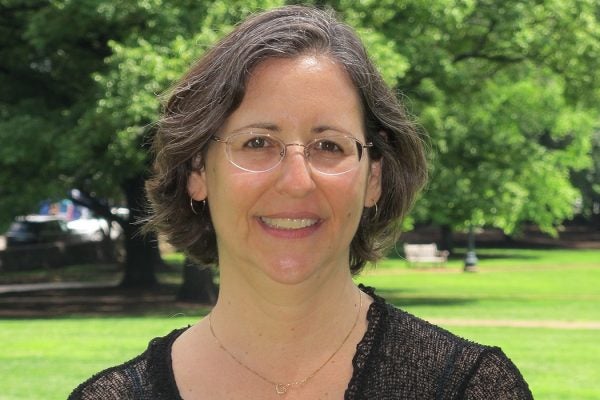 Q&A: Lise Dobrin, Associate Professor & Director of the Interdepartmental Program in Linguistics at the University of Virginia's Department of Anthropology.