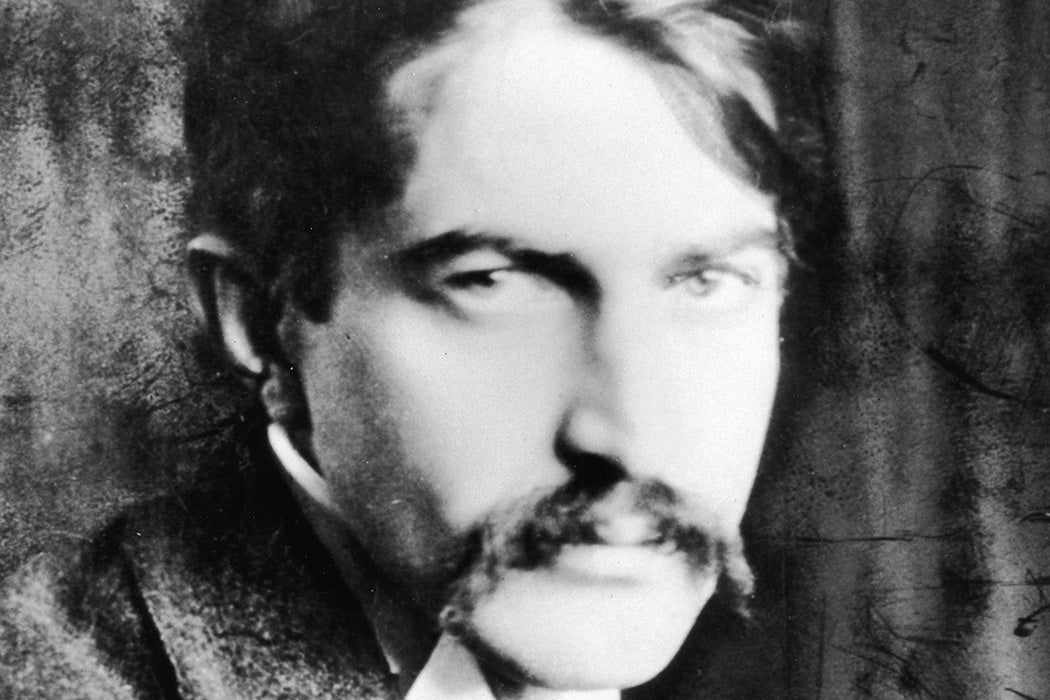 “Red Courage Man on a Police Rack” screamed a tabloid headline in 1896 when literary celebrity Stephen Crane ran up against the New York City police.

The twenty-five-year-old author of The Red Badge of Courage (1895) and Maggie: A Girl of the Streets (re-isssued 1896) was riding high on his sudden reputation as a realist who tackled the horrors of war and poverty. But then came the “Dora Clark affair.” Scholar Christopher P. Wilson examines the incident, in which “Crane’s uneasy mixture of awe for police veterans, his concern for efficient crowd management, and his anxiety over the danger inherent in the police’s submerged envy and antipathy for urban frivolity” entangled him in the prickly briar of the police.

Crane has been called a chivalrous “knight errant” and, more recently, just another surveillance agent of the state against the underclass.

For his part in the affair, Crane has been called a chivalrous “knight errant” and, more recently, just another surveillance agent of the state against the underclass, a paragon of “genteel class paternalism.”

Wilson writes that virtually everybody since has followed the police line on Dora Clark—that she was a prostitute—without any other evidence. But he prefers to call this the “Charles Becker affair,” after the perjuring policeman, because of what the incident reveals about police power.

As told by Crane, and the half dozen newspapers who covered the story from multiple partisan perspectives, this is what happened. On the night September 15th, 1896, Crane was in the Tenderloin, Manhattan’s notorious vice district, researching a work about the life of a city policeman. After interviewing two chorus girls, a third young woman named Dora Clark joined them. Crane walked one of the chorus girls to a cable car. From across the street, he watched two men walk by Clark and the remaining chorus girl. Neither the men nor the women said anything to each other. But undercover Detective Becker suddenly appeared and arrested both women for soliciting. Crane vouched for the chorus girl he’d been interviewing, and insisted Clark, whom he didn’t know, hadn’t been soliciting.

One of Crane’s fans was Theodore Roosevelt, the head of the city’s police board under reformist mayor William L. Strong. Roosevelt was in the thick of a controversial effort to reform the deeply corrupt force via militarization and a “secret service” of detectives, who were supposed to police the police as well as the criminals. Roosevelt didn’t respond to Crane’s telegram about Becker’s unjust arrest.

Crane ended up testifying on Clark’s behalf, even though police and court reporters told him it was pointless. Everybody, they said, knew Clark was a prostitute. Clark would, however, be released on the strength of the famed author’s testimony.

Crane then testified at a disciplinary hearing for Detective Becker, which is where the “police rack” came in. Police tribunals rarely condemn their own, and this was no different: Becker was cleared. The police counter-offensive against Crane used his own presence in the Tenderloin against him: witnesses were rounded up who smeared him as a “habitué of bawdy houses and opium dens.” Again, there was no help from his erstwhile crony Roosevelt.

During the war, Theodore Roosevelt became a national figure, but Crane was not one of his hagiographers. Wilson writes that Roosevelt’s claim that America’s “duty to is preserve order, to protect life and property, to arrest criminals, and secure honest elections” might be thought of as a “blueprint not just for the NYPD, but for future Latin-American policy.” Crane, who died in 1900 of tuberculosis, never got to see that blueprint in continuing action into the twentieth century.