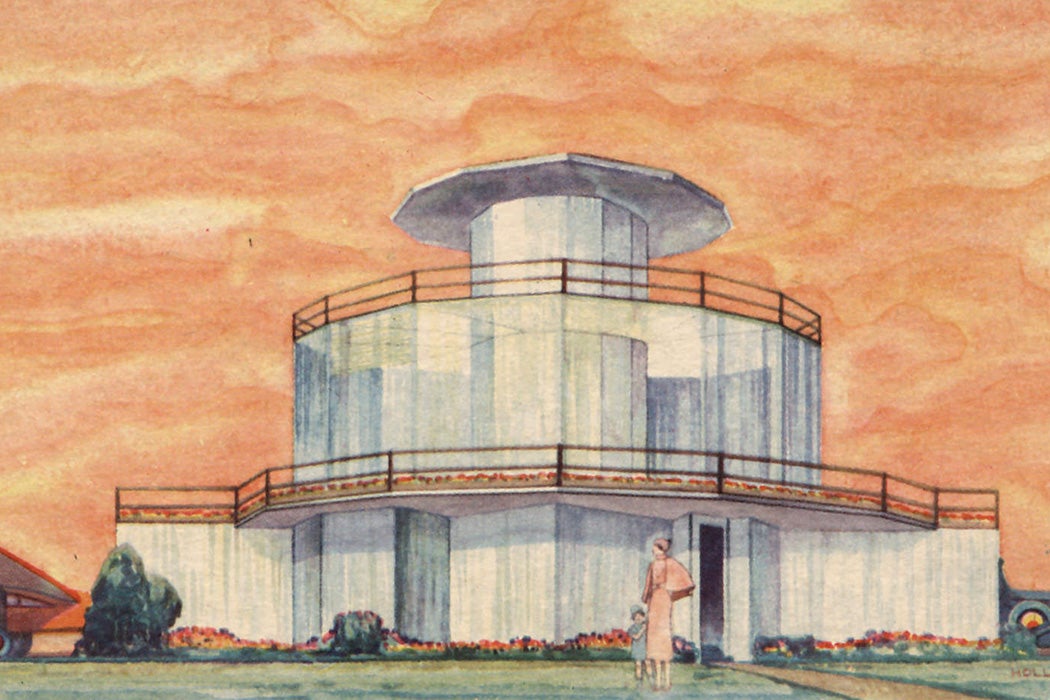 Solar power became a great topic of national conversation with the oil crisis of the 1970s. Since then, the technology has reached ever sunward as the threat of global climate change has become our lived reality. But as scholar Daniel A. Barber reveals, solar housing goes way back—especially the use of passive solar heating. In the 1940s, he explains, “solar heating was seen by many American architects, journal editors, and policymakers as a necessary component of the expansion into suburbia.”

“Experimentation in passive solar house design came to be a prominent means for seeing suburbia as an opportunity for new kinds of building and new ways of living.”

Most houses then were heated with coal, oil, or natural gas, prices for which exploded with the US entry into the war in December 1941.

Wartime rationing of construction material and energy set the stage. Most houses then were heated with coal, oil, or natural gas, prices for which exploded with the US entry into the war in December 1941.

Technology, prefabrication, new materials, the open lots of suburbia, and modern design’s utopian vision all combined with the there-for-the-taking radiation of the sun.

“The expansive use of glass, the open plan and facade, and the flexible roof line were seen as a means to construct a suburbia that was sensitive to emerging concerns over materials allocations, energy resource scarcity, and the economic challenges to postwar growth.”

Barber focuses on the Case Study House program, organized by Art and Architecture from 1945 to 1963. The program aimed to provide models, both planned and built, “for the architect, for the homeowner, and for the developer” that showed the way for “technological innovation to lead to transformations in the broader culture and to produce a new ways of living.”

Passive solar had, of course, been used for centuries around the world. The most obvious example is the south-facing facade. Making such facades glass was where the new technology came in. An efficient double-paned, insulated window, the Thermopane, went into production at the end of 1937.

George F. Keck is probably the best known of this generation of solar housing architects. His 1940 house for developer Howard Sloan in Chicago seems to have been the first building labeled a “solar house.” It led to Sloan’s Solar Park development in Glenview, Illinois. In 1942, Sloan was quoted as saying solar houses “sold faster than we could build them.”

But the wartime economy, with all its restrictions and scarcity, was not to last. The days of rationing came to an end. The postwar economic boom would be fueled—literally—by cheap and evidently plentiful hydrocarbons.

Ingenious solutions to trying times were overwhelmed by abundance, not to mention all the policies and subsidies that guided white families to the suburbs and the cheap, oil-burning housing thrown up for them.

Tomorrow's House: Solar Housing in 1940s America
By: DANIEL A. BARBER
Technology and Culture, Vol. 55, No. 1 (January 2014), pp. 1-39
The Johns Hopkins University Press and the Society for the History of Technology 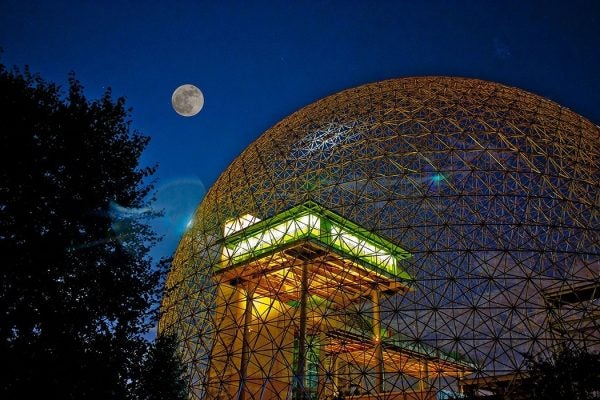