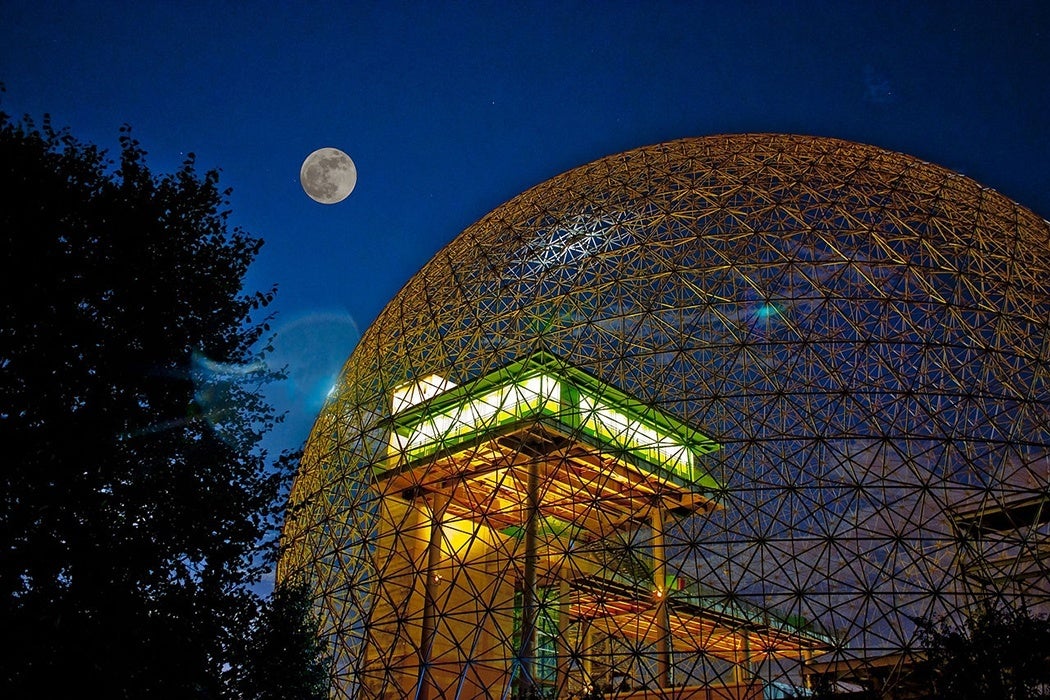 Even apostles of the future end up as historical figures. Richard Buckminster Fuller was born July 12, 1895. Bucky, as he was known to his friends and fans, lived until 1983 and remains most famous for the geodesic dome. His dome idea wasn’t original, but he did patent and publicize a version two decades after Walter Bauersfeld came up with the first one. The best-known surviving example of a Fuller-designed dome is Montreal’s Biosphere; the most famous of the type is Spaceship Earth at EPCOT Center in Florida.

Fuller was much more than a canny publicist. As designer, architect, inventor, systems theorist, and ecologist, he was a figure of great influence in the Sixties, so much so that Peder Anker considers him the “Captain of Spaceship Earth.” “Spaceship Earth” was Fuller’s concept of the planet traveling through space, with all of us as astronauts aboard it. His geodesic domes were designed to provide efficient, comfortable housing for large numbers of people, at at time when there was a severe housing shortage. He envisioned lightweight, sustainable homes that could be “installed” anywhere, by anyone; the “home of the future.”

Fuller became a guru and messiah figure to hippies who adopted his back-to-the-earth designs, eco-futurism, and technological utopianism.

Fuller’s naval service in World War I and his fascination with the technocratic ideas of the 1930s informed much of his work. Self-sacrifice, service to a common cause, and a militaristic ethos had, after all, worked in war. Indeed, the entity quickest to take up Fuller’s geodesic dome concept was the U.S. military. Fuller’s architecture was quick, cheap, and workable in all sorts of climates. In the post-WWII era, Fuller was very much “a Cold War designer,” argues Anker. The rapid erection of the American pavilion at the 1956 International Trade Fair in Kabul, Afghanistan, by a single engineer and untrained local workers, shocked the Russians and Chinese, who had been working on their pavilions for weeks. Fuller’s “solutions were radical but not leftist, and thus were viewed as an ideologically acceptable response to the threats of the Cold War.”

Anker wonders how, since Fuller believed that militarized scientists, engineers, and architects were the only ones with the competence to guide the human family, how on Spaceship Earth the counter-culture found him so appealing? The answer lies in that phrase “human family”: Fuller became a guru and messiah figure to hippies who adopted his back-to-the-earth designs, eco-futurism, and technological utopianism, even as the “best and brightest” of the technocrats were razing Vietnam.

“Fuller was so radical to believe that politics would soon be a thing of the past.” Fuller’s fans may have seen his ideas “as a metaphor for spiritual ecological earth-consciousness,” but Anker reminds us that Fuller’s original ideas of a world without politics also involved a ruling class of elite designers. In Fuller’s view, the planet could only be saved by “scientific and technocratic social management” led by master builders like, of course, Bucky himself. 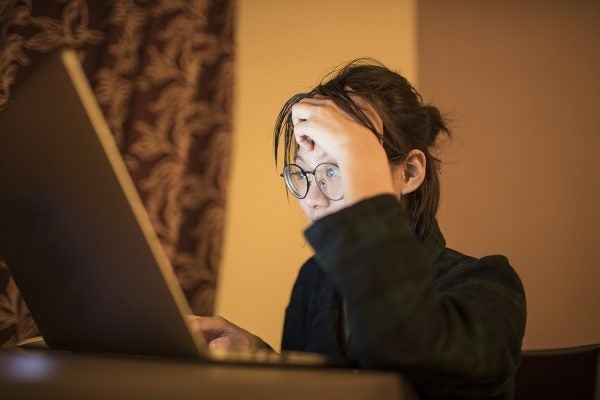 Self-Regulation in a Stressed-Out, Online World

Do our computers, gadgets and online activities necessarily cause stress—or is the internet a place where we can find ways to relieve our stress?