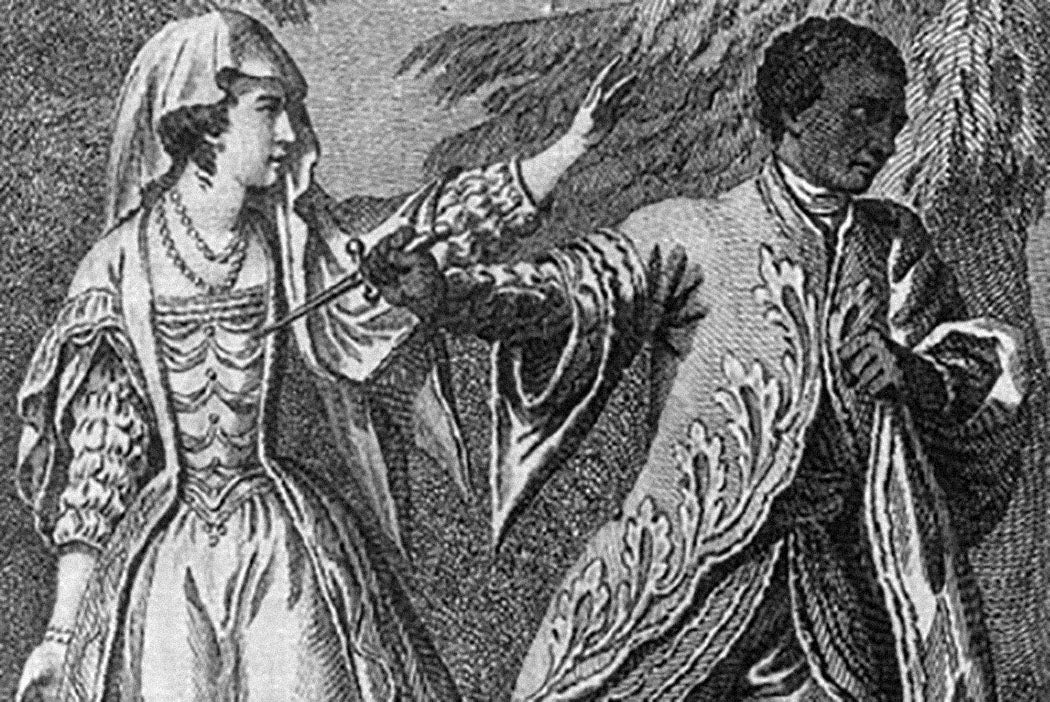 In the dedication to her 1688 novel, Oroonoko, Aphra Behn wrote that a “Poet is a Painter in his way; he draws to the Life.” Not surprisingly, Behn’s work has been read as an early precursor to literary realism. A closer look at her fiction, however, suggests that it aspires to much more than a truthful or neutral depiction of reality. According to literature professor Adam Sills, Behn sought to challenge readers’ optimistic views of the scientific machinery that propped up the Atlantic slave trade.

This critique comes into effect at the very start of the novel, when Behn first refers to navigational instruments. Oroonoko, a West African prince from what is now Ghana, “is introduced to the science and practice of navigation by the commander of an English slave ship,” Sills explains. As we learn from the narrator, every day he is entertained “with globes and maps, and mathematical discourses and instruments.” For Oroonoko, the knowledge imparted by his new European “friend” is a rich source of enlightenment and pleasure. Fatefully, his deep fascination with navigation also leads him to board the ship.

This decision constitutes a gross misreading on the part of Oroonoko of the slaver’s actual intentions. Once on deck, he is abducted and transported to Suriname, where he is forced to work on an English plantation. In Sills’s words, he fails to “see that the kinds of knowledge which the captain has to offer are profoundly imbricated within the Altantic slave trade, or assuming for a moment that he is aware of the connection, he simply fails to understand how it may affect him personally or affect others around him.” The lure of scientific knowledge ultimately facilitates Oroonoko’s subjugation.

Behn’s critique continues in the Americas. According to her narrator, Suriname belongs to “a continent whose vast extent was never yet known, and may contain more noble earth than all the universe besides.” How could anyone represent such a place on a map? Only through necessary reductions and distortions, Sills takes Behn to be implying, would the cartography of the English colony emerge, enabling settlers to size up territory, designate property, and draw borders. The map, in other words, was a convenient and malleable tool that helped realize the colonialist project.

In Oroonoko, Behn demonstrates that the English had much to gain by presenting navigational and cartographic ideas as purely scientific. Under the guise of a disinterested pursuit of knowledge, they were able to mask the many ways in which instruments and maps made the Atlantic slave trade possible.