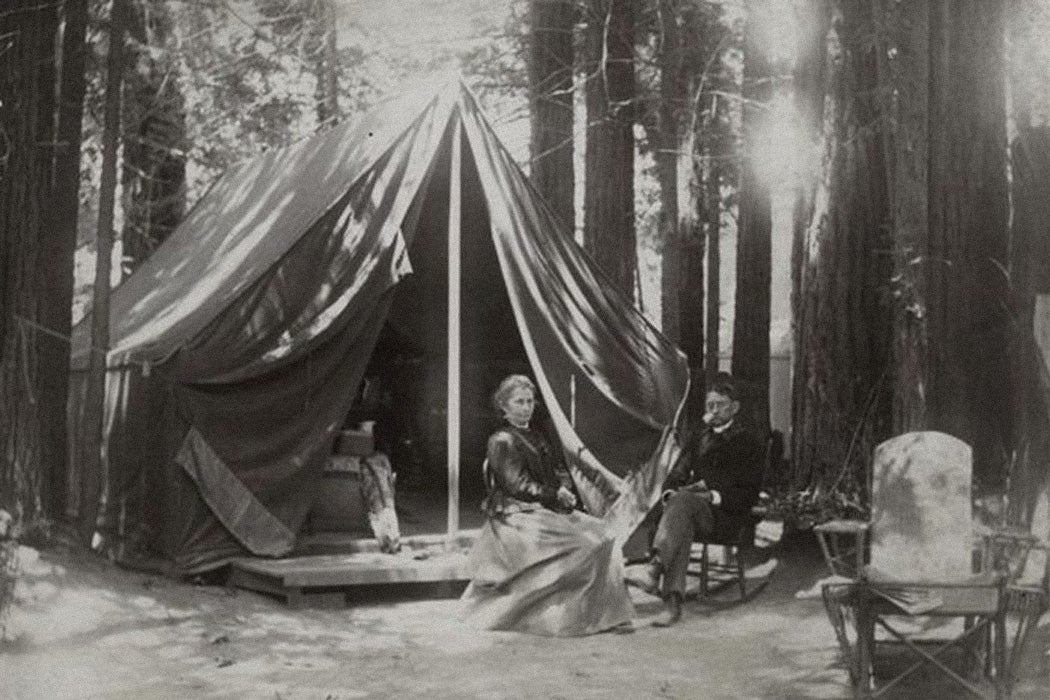 When Sara Allen Plummer arrived in Santa Barbara in 1869, she was among the class of frontier women Susan A. Hallgarth calls “unwed, unreluctant, unrepentant.” But moving to the frontier was only the beginning of her work as a pioneer. In the years that followed, Sara would forge many trails and take on many roles: cultural founder, activist, groundbreaking botanist.

Born in Maine, educated in Massachusetts, and established as an art teacher in New York City, Sara was driven to emigrate by a bout of bad health. When a friend told her about how a trip to Santa Barbara had restored his health, she made the long trek to California. She arrived to find a town in the throes of rapid change.

In “Cultural Tension: The Origins of American Santa Barbara,” James C. Williams paints a picture of a rancho town on the verge of becoming an American city. Before being acquired by the United States in 1850, the area was defined by adobe houses and huge ranchos controlled by wealthy Californios. But as Americans flooded in, they displaced the Spanish-speaking Californians and the face of the town started to shift.

If Sara’s Santa Barbara was a city of culture clashes, it was also one of few cultural institutions. Just a decade before, Santa Barbara township was a community of primarily young, single men. Williams notes that by 1870, a year after Sara’s arrival, just one in three immigrants was female.

Gambling, prostitution, and horse thievery were common: “The early ordinances… suggest an effort to control the excesses of the younger men, concerning themselves with drunk and disorderly activity, the discharging of firearms and slaughtering of animals at night and the driving of animals through the streets.” Sara, on the other hand, was a cultured and well mannered woman. As a New Yorker, she would have been accustomed to a robust cultural life—one that included and catered to educated women.

Santa Barbara did have a cultural life, but it was centered in the Hispanic lifestyle. Williams writes that though whites and Hispanics had coexisted, intermarried, and shared fundamental traits in the earlier half of the 19th century, by 1850 the blending began to die out. “The immigrants brought with them not only a new legal and political system but a preference for rational organization,” he notes. “The early survey and mapping of city lands imposed rigidity upon a previously fluid landscape and contributed further to the growing community tension.”

Like many pioneer women, Sara was eager to bring what she saw as “culture” to the West. “Disturbed by the dearth of reading material” in town, she wrote to a friend for advice. He sent her 200 books and urged her to start a lending library. By the mid-1870s, Miss Plummer’s lending library was a cultural institution. She hosted lectures, readings, and art exhibits, sold stationery and art supplies, and encouraged the education and cultivation of the town’s growing Anglo population.

But even as she attempted to cultivate and culture her adopted town, Sara relished the great outdoors. “…Victorian ladies neither feared the physical world nor shrank from it,” explains Glenda Riley in “Victorian Ladies Outdoors: Women in the Early Western Conservation Movement, 1870–1920.” “Despite the stereotype of Victorian women, many of them preferred to be outdoors rather than in. To justify their actions, women expanded their domestic sphere to include nature, while they softened their perceptions of western landscapes.” Intrigued by the diverse landscape around Santa Barbara, Sara began to study and draw the plants that surrounded her.

She was not alone in her enjoyment of botany. Emanuel D. Rudolph points out that botany was a socially acceptable subject for women in the 19th century, and that many young women who studied botany as girls continued their studies well after school. Rudolph has documented over 1,000 female botanists of the 19th century, including Sara.

Botany didn’t just intrigue and entertain Sara—it deeply affected her personal life. When she met John Gill Lemmon, a Civil War veteran and notable botanist visiting Santa Barbara on a lecture tour, she was already well known for her own interest in California botany. The two began an impassioned correspondence and Lemmon tutored her in botany. When she sent him a shrub she had discovered in a ravine near Santa Barbara, he passed it on to a friend, who named it Baccharis plummerae in honor of Miss Plummer.

Sara Plummer became Mrs. Lemmon in 1880. The couple soon set out on “a botanical wedding-trip” to Arizona. “My wife, being as enthusiastic and as devoted to botany as I,” recalled John Lemmon, “was the first to propose that, instead of the usual stupid and expensive visit to a watering-place, idling our time in useless saunterings, and listening to silly gossip, we should wait a few weeks, devoting the time to study; then, at the right time, make a grand botanical raid into Arizona, and try to touch the heart of Santa Catalina.”

The honeymoon was far from idyllic. The pair traversed inaccessible deserts, squatting in an abandoned campsite built by horse thieves, sleeping in a cave, and braving cacti, scant water, and wild animals. “The hardships they endured in their eager search for plants are almost incredible,” marveled The Botanical Gazette, “but the results amply repaid them. Add to intolerable heat, glaring sand and rattlesnakes, the following condition of things, and it will be seen that our plants are dearly bought… So long as such a condition of things exists the average botanist will be perfectly content to pay from seven and a half to ten dollars per hundred species and enjoy them without such an outlay of sweat and blood.”

The couple’s joint career in botany was nothing short of groundbreaking. Sara sold her library, which became the basis of the Santa Barbara Public Library, and the couple began to focus more and more on fieldwork, eventually discovering everything from marigolds to mustard plants. Their herbarium became a critical collection of Western plants. And Sara herself discovered a new genus of plants in 1882—Plummera floribunda.

As Sara and her husband explored and documented Western wildlife, they became more and more passionate about preserving it. John was appointed botanist to the California State Board of Forestry and Sara lectured on forest conservation at the 1893 World’s Columbian Exposition in Chicago. Sara’s drawings, paintings and activism helped achieve what Riley calls “a manageable form” for Western nature. “Visual artists,” notes Riley, “also convinced women that nature should be regulated for the present and future good of humans.”

It is as a conservation activist that Sara Plummer Lemmon found her greatest fame—and her proudest accomplishment. After learning about a growing movement for the naming and preservation of state flowers, Sara headed up a years-long push to name the golden poppy California’s state flower. After a decade of intense and frustrating lobbying, her proposal was accepted in 1903.

“In the 80s and 90s if you asked any chance person in California the name of a botanist, if he knew the name of a botanist the chances are very greatly that he would have known the name of Lemmon and only Lemmon,” recalled a Berkeley professor. The couple’s home in Oakland housed their herbarium and botanical specimens; their professional and personal lives revolved around plants and their preservation.

But though Sara was a critical part of this botanical partnership, she herself was rarely given credit for her botanical discoveries or her scholarly work. Though at least one of Plummer’s colleagues claimed that “she may have been responsible for much of the work that made her husband famous,” she was often relegated to “and wife” status. And though she is thought to have written extensively on botany, much of her work has been lost or uncredited.

Joseph Ewan notes that though there was an announcement of a Sara-authored book entitled Manual of Pacific Ferns, the book never came to fruition and her related work only exists in the transcript of a lecture she delivered in 1881. And though her husband published a number of books after their marriage, Sara is only listed as co-author of one: How to Tell the Trees and Forest Endowment of Pacific Slope (she also wrote at least two books of her own).

Still, Sara’s legacy as an energetic and tireless botanist continues. In 1885, a newspaper wrote that “…she had obtained considerable local reputation as a botanist when chance led the professor to the town some four years ago. It was a case of ‘two souls with but a single thought,’ and they were soon made one… ever since the lady has been her husband’s indefatigable companion in all his botanical expeditions. She has herself contributed no little to the general knowledge of the flora of the southwestern territories… It takes a smart woman to keep up with him.” As for John Lemmon, he was of another opinion. “I believe Mrs. Lemmon has twice the strength and determination that I have,” he wrote. 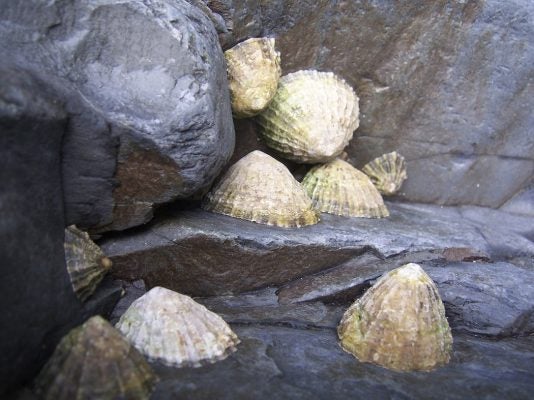 The world's strongest material is no longer spider silk, it's limpet teeth.