Bolivia Plans to Mine the Salar de Uyuni for Lithium

The Salar de Uyuni, which belongs to the Altiplano of the high Andes, is a unique and important ecosystem. It’s also an enormous lithium reserve. 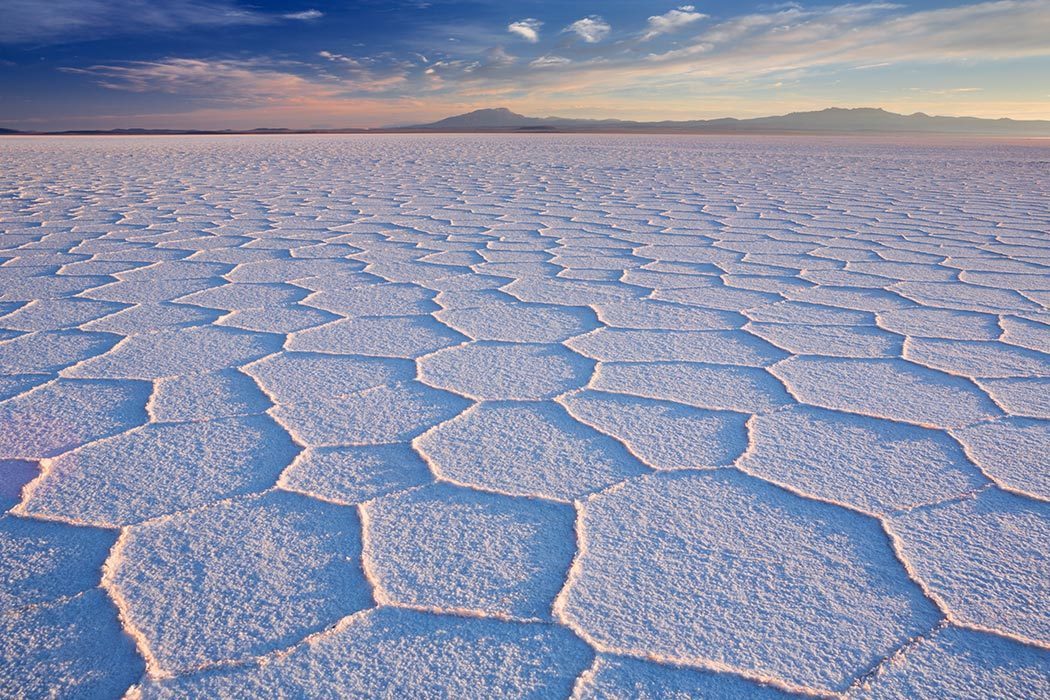 Stretching out toward a seemingly infinite horizon, its flat surface making a mirror of the sky during the rainy season, the Salar de Uyuni in Bolivia is the world’s largest salt flat. The salar (Spanish for “salt lake”) belongs to the Altiplano of the high Andes, the world’s second-largest plateau. With an average elevation of 3,700 meters (12,139 feet) and a surface area of approximately 10,000 square kilometers (3,861 square miles), the Salar de Uyuni is a unique and important ecosystem. It’s also a popular tourist destination and the location of an enormous lithium reserve, making Uyuni a source of national pride, contention, and incredible untapped wealth.

The Salar de Uyuni as it appears today is the result of cyclical changes in the regional climate. According to one study, the Altiplano was covered by large paleolakes during the last glacial stage. These lakes waxed and waned throughout that time, with colder climates engendering greater precipitation and larger lakes. The paleolakes dried up during the Holocene (the geological epoch that began 11,700 years ago and continues to the present), creating the salar: a dried salt crust that is sporadically covered in a thin layer of water. It’s an inhospitable environment, one in which a limited number of specialized plant and animal species can survive, including three species of flamingo that congregate on the flats every November to breed. But inventive humans have discovered innumerable ways to put the salt flat to use, from shooting seductive photographs to measuring the terrain to improve satellites that orbit the Earth.

A group of scientists conducted a survey of the Salar de Uyuni. Driving a group of SUVS with GPS antennas mounted to the roof, the researchers crisscrossed a 45-by-54-km patch of the salar. They were surprised to discover that the salt flat didn’t live up to its name—it wasn’t entirely flat. A broad ridge runs from the southwest to the northeast. The high and low points are spread so far apart (50 km) and have such a slight difference in elevation (77 cm) that less precise survey equipment had never picked up on the ridge before. It’s all but invisible to the naked eye. The team theorized that the peaks and troughs correspond to the local gravity field. When rain floods the Uyuni every year it dissolves the surface layer of salt and follows the local gravity field. If not for the curvature in the Earth and these minute variations in gravity, the Uyuni would be completely flat. But its lack of perfection was a boon to the scientists who discovered it: their research helped to calibrate the altitude-measuring instruments of an Earth-orbiting satellite tasked with monitoring ice sheets. The minor variation in the surface of the Salar de Uyuni cut the uncertainty of the satellite’s altitude data in half.

But the Uyuni’s most valuable property isn’t its topography, its ecological rarity, or the tourism revenue it generates. It’s the precious metal that lies just below the surface, a blue-green brine filled with lithium that was deposited by ancient volcanic activity. Lithium is the world’s lightest metal, used in batteries that power everything from smartphones to electric cars, and the Salar de Uyuni holds around 5.4 million tons of the world’s total 11 million.

When Bolivian President Evo Morales took office, he promised to nationalize some of the country’s natural resources and use them to invigorate the local economy. The country opened a $19 million lithium-production plant in 2013, and Morales has told reporters that at least 60 percent of profits from lithium mining must stay in the country. But the high cost of mining and the lack of infrastructure  forced Morales to court foreign investors.

Engineering firms in Germany and Switzerland placed bids to build lithium plants near the Salar de Uyuni after the Bolivian government announced it would accept engineering plans for the exploitation of its lithium fields. The mining process involves pumping brine to the surface, allowing the water to dry in evaporation pools, then harvesting the minerals that remain—mainly salt and lithium. For years the indigenous Aymara people have harvested common table salt from the Uyuni, wearing wooden masks or sheets to protect their eyes from the gleaming sun. Lithium mining on a large scale, however, could destroy the Salar’s ecosystem.

The ensuing dilemma is one that’s haunted resource-rich countries for decades. Reap the rewards of mineral wealth and use these monetary gains to better the lives of impoverished people, but potentially destroy the natural ecosystem in the process. It’s the quandary faced by Ecuador, who asked the world to pay them to leave oil in the ground since drilling would destroy one of the most biodiverse places on Earth. And like Ecuador, Bolivia seems to feel that the harder-to-quantify environmental value of the salt flats is worth less than the enormous monetary wealth mining will bring.

Perhaps someday the lithium buried beneath the Salar de Uyuni will power electric cars around the world, helping to reduce carbon emissions, improving the lives of millions. But for now it remains a uniquely haunting landscape, its past recorded in geologic history, its future uncertain. 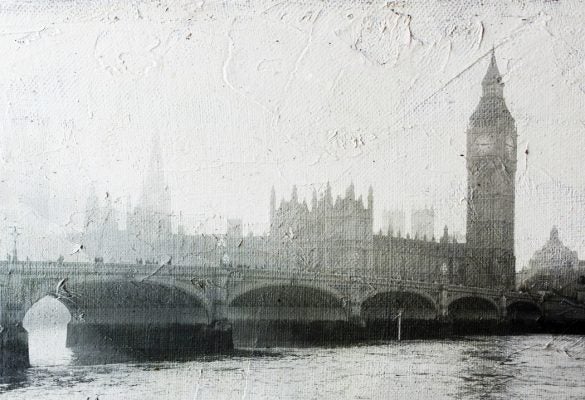