One of the few women permitted to wear trousers during the Third Republic, the French artist developed a sense of self through her clothing choices. 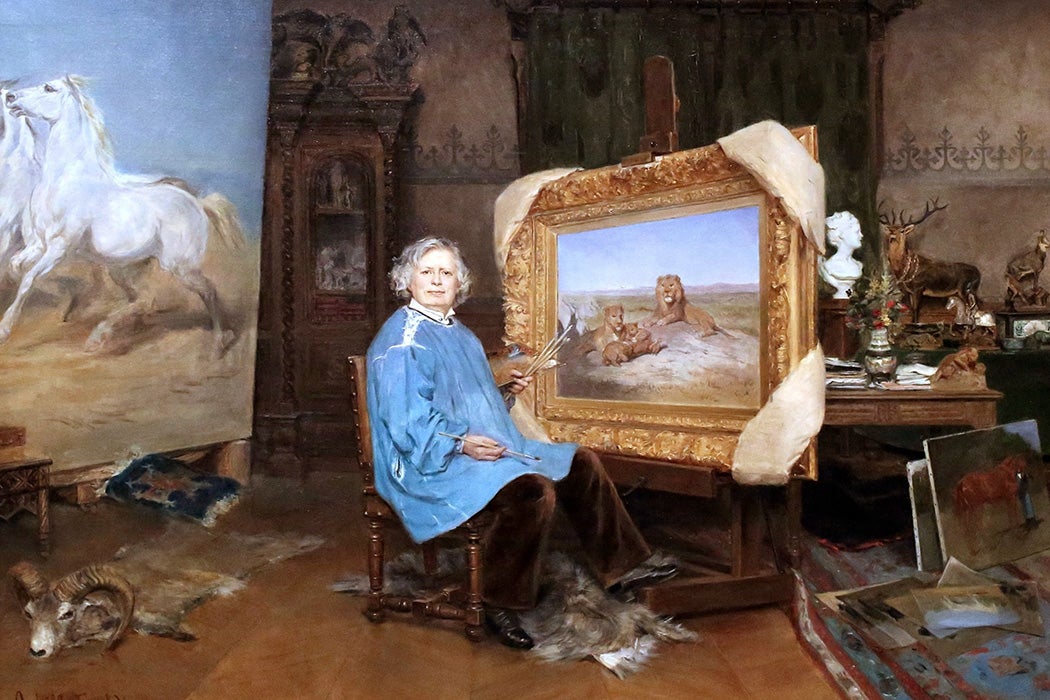 In the aftermath of the French Revolution’s pronouncements of liberty, equality, and fraternity, women’s citizenship still had a ways to go. In 1800, for example, France outlawed the wearing of trousers by women. The ordonnance allowed a few exceptions: trousers on women during the traditional chaos of Carnival were acceptable, and women who had a certifiable medical need for trousers could get a permission de travestissement from the authorities.

One notorious trouser-wearer, born Amantine Lucile Aurore Dupin but better known as George Sand (1804–1876), famously did without the permit and without punishment for her daring. But in the 1880s, enforcement was “applied with particular rigor,” writes scholar Gretchen van Slyke.

The most famous woman permitted by the police to wear trousers during the Third Republic (1870–1940) was the painter Rosa Bonheur (1822–1899). Like Sand, Bonheur was one of the few “autonomous women who entered the public sphere, who gave professional definition to their lives, [and] who proudly and even insolently signified their dissident status by refusing marriage, smoking cigarettes and wearing trousers.”

Despite the fact “that she was as healthy as a horse and had no certifiable medical need for trousers,” Bonheur was given the permission in the 1850s.

Bonheur was also one of the most popular artists of her day, known especially as an animalier, or painter of animals. She was the first female artist to be awarded the Légion d’honneur, and her work sold well, particularly in Britain and America. Despite the fact “that she was as healthy as a horse and had no certifiable medical need for trousers,” Bonheur was given the permission in the 1850s, one of perhaps a dozen such permit-holders at the time.

The ostensible reason was her profession. When most respectable women wouldn’t venture into the streets without a chaperone, Bonheur spent “long days sketching in the countryside, at horse-fairs and even in slaughterhouses, standing in pools of blood.” She tramped through fields, manure, and barns to get the details of the horses, oxen, and cows she represented so skillfully. “In such rough, insalubrious circumstances,” notes van Slyke, “where she was either alone or entirely surrounded by men, masculine disguise, in addition to the pistol she sometimes packed, not only afforded her ease of movement but greatly reduced the dangers to her person.”

Van Slyke proposes that the stricter enforcement of the law during early Third Republic was due to a revival of feminism coupled with the medical establishment’s theorizing of the “‘perversions’ of female cross-dressing and lesbianism.” Indeed, Bonheur herself lived in non-conventional matrimony with Nathalie Micas for decades, and following Micas’s demise, she partnered with American Anna Klumpke. However, neither of these relationships were as much in the public eye as Bonheur’s fame for wearing trousers.

While allowed to wear and even admired for her breeches, Bonheur readily accepted formal female dress for social, business, and state events. Van Slyke notes visitors to her studio would be upset when she kept them waiting while she changed into skirts. They’d come to see her in pants! One of Queen Victoria’s daughters even wanted pictures of her menswear. And it wasn’t only the pantaloons that made Bonheur “recognizably” male: she was wearing a dress when she was arrested in Paris by a policeman who thought her short hair and “free-and-easy air” signified a young man in a dress.

Van Slyke judges Bonheur’s strategic use of “male” and “female” costume as a “pragmatic gesture of emancipatory subversion,” her willingness to conform to the letter of the law a sign of prudence.

The French law remained on the books until this century, although enforcement had petered out a century before, during World War I, foiled by bicyclists, factory workers, and the women’s suffrage movement.

Boneur’s reputation dwindled after her death as Modernism revolted against her style of painting. Her fame as a friend of animals lived on in the name of the first pet cemetery in the US, established in 1935, and the first cemetery in the world where people could be buried alongside their pets, from 1979 to 2006. This year’s bicentennial of her birth is being recognized by a French stamp and the first exhibition of her work at the Musée d’Orsay. 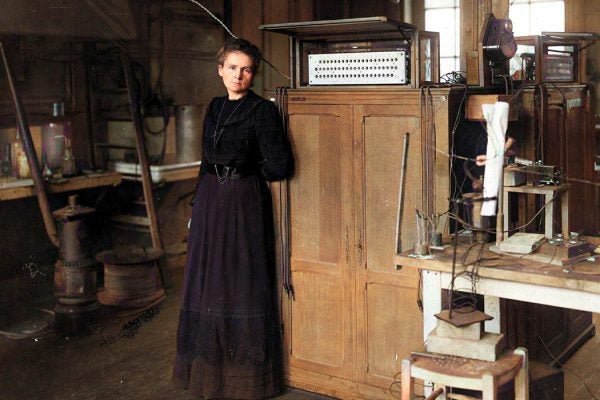 The two-time Nobel winner helped preserve her native Polish language, and undertook her education, at a time when these acts were potentially treasonous.