Robots That Communicate with Each Other

Researchers at Carnegie Mellon University are working on creating robots that communicate with each other, allowing them to collaborate on tasks. 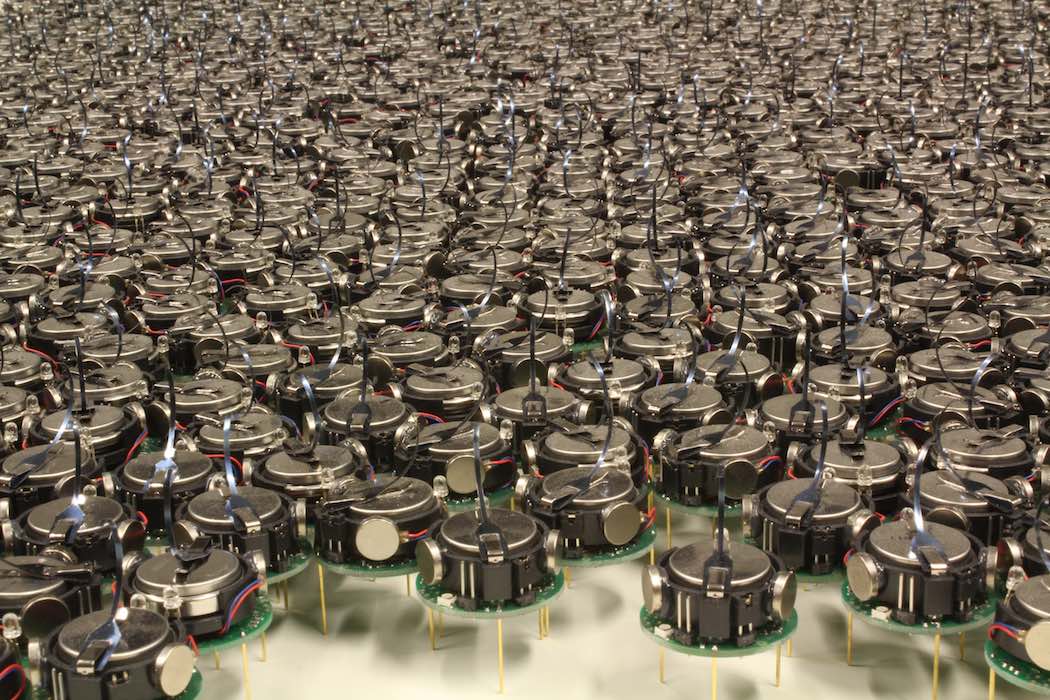 Researchers at Carnegie Mellon University are working on creating robots that communicate with each other, allowing them to collaborate on tasks. It is easier to build multiple robots for multiple tasks than one robot that can do everything. Helping robots to collaborate, thus, would allow a small team of specialized robots to coordinate their specialized abilities to accomplish a complex task together. A team of robots would also be more robust because, if one robot breaks, it can be replaced without affecting the other omembers of the team.

The robots do not speak a language like English. Rather, they speak a computer language that allows them to receive and transmit commands. For example, they can coordinate their timing when completing a task that they need to do together, or tell each other what actions need to be done. The communication system is wireless and uses a common domain language to transmit and receive commands, which allows the robots to converse about the task, allowing them to better optimize their performance.

Currently, the project is focused on coordinating two robots, CoBot and Baxter. CoBot is a Robot designed at Carnegie Mellon that specializes in localization and navigation. This means that CoBot is designed to be able to autonomously find locations, navigate to them, and avoid obstacles. If CoBot has any trouble getting to its destination, it can even stop to ask a human for assistance. Although CoBot currently does not have arms, it can pick up and transport objects with human help.

Baxter is a robot designed by Rethink Robotics to perform lightweight monotonous tasks generally completed by humans. It has arms, vacuum cup grippers, and an optional pedestal with wheels, allowing it to be moved around, though it cannot move itself. The collaboration between CoBot and Baxter will allow Baxter to manipulate objects and then hand them off to CoBot to deliver to a human. For example, Baxter could cook an egg and have CoBot serve it.

Collaboration between robots is not necessarily a new development. Robot swarms feature large collaborations of many robots modeled after insectile or animal behavior. For example, swarm robots modeled on ant foraging were able to efficiently tackle the classic “traveling salesman problem.” This is the problem of determining the quickest route to go between many different cities. As humans, we find this problem easy because we excel at pattern recognition; however, it is actually very challenging for a computer. To solve the problem, a computer would need to calculate the distance of every possible route that could be taken to get to each city, which is computationally intense. Even if you prune possible routes once the distance begins to exceed known shorter distances, it is not an efficient solution. Yet, ants are able to solve similar problems and coordinate foraging with little communication or intelligence and no assistance from a map.

Ants solve the traveling salesman problem by using pheromone markers. When a foraging ant leaves the nest, she takes a random meandering path to increase the chances that she will find food. Once she locates food, she takes a direct path back to the nest and alerts other ants to go to the food source. The first few ants that head out will see both the long and short path that the ant took to the food. Because both trails will have the same level of pheromone markers, the ants heading out will take either path and lay down more pheromones as they travel. The ants on the shorter path will make it to the food and back quicker than the ants taking the longer path. This means that the pheromone scent of the short path will get stronger quicker and the ants will eventually stop following the longer path.

Marco Dorigo, and a team at the Free University of Brussels, was able to show that this same solution can help swarms of robots coordinate to find the shortest paths between different locations. They designed robots that communicated with information analogous to pheromones to find the shortest route between places. Much like the ants, the robots began in a random pattern, but were attracted to routes that had higher “pheromone” levels. Over time, the robots’ routes became progressively shorter and more efficient.

In swarms, all the robots are built to complete the same task and use subtle cues from other robots to maximize the efficiency of the collective. Baxter and CoBo, however, perform very different tasks and use a complex lingua franca to coordinate their movements. Each is able to perform their tasks independent of each other, but they can work together to complete tasks that neither could achieve alone. This new collaborative robot model is more analogous to human teamwork. Robot collaboration can potentially eliminate the need for overly complex general robots, which are large investments and often more complex than needed. 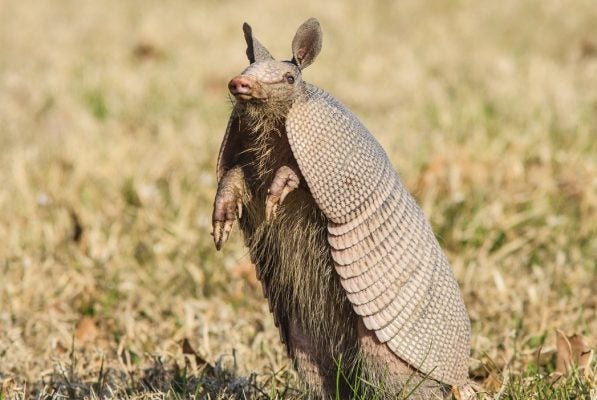 Armadillos are Cute, but They Spread Leprosy

A surprising examination of how armadillos spread leprosy.