It might have been a ploy to garner Democratic votes, but the president took his dream team seriously. 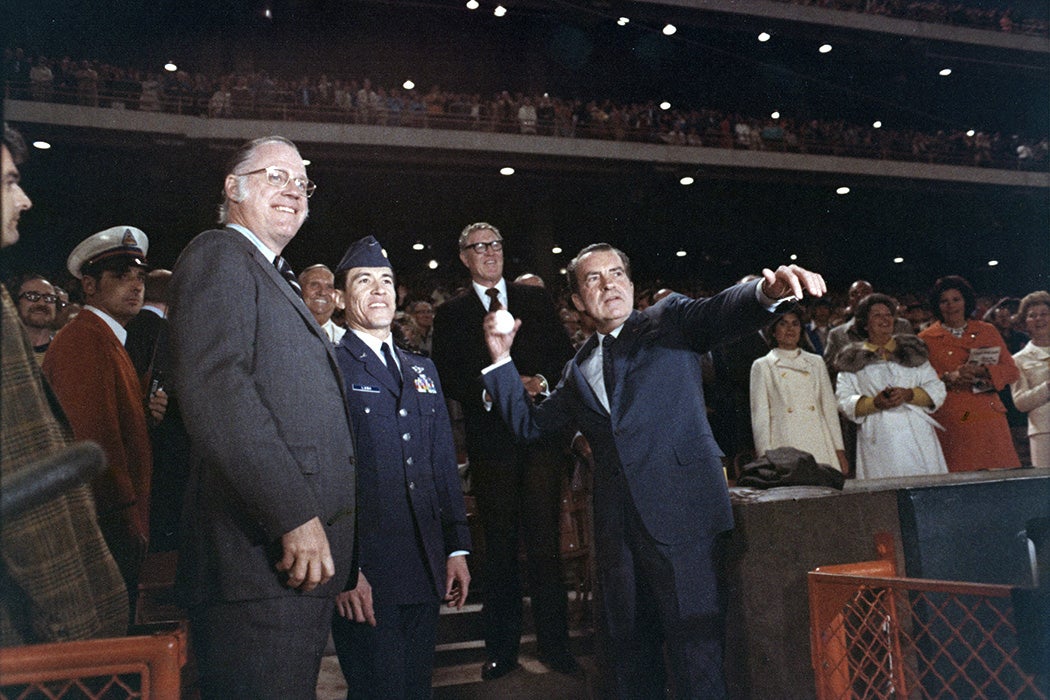 Nineteen seventy-two was quite the year for Richard Nixon. He would win reelection to the presidency in November, taking all but one state and just over 60 percent of the popular vote. Reflecting his skill as a campaigner, argues historian Nicholas Evan Sarantakes, was an unusual gambit while on the trail—creating a fantasy baseball team “to garner positive press attention that had little to do with politics, and good PR is never a bad thing when you are running for office.”

Nixon’s baseball team started with a question from a reporter at a press conference: “Who are your favorite ball players?” Nixon named a who’s-who of the sport’s biggest figures: the legendary New York Yankee Lou Gehrig on first base, for example, with Brooklyn Dodgers pioneer Jackie Robinson at second. But Nixon kept naming players—Mickey Mantle. Ted Williams. Stan Musial—and quickly realized that picking favorites was going to be tough. A follow-up question solved the problem: “Mr. President, as the nation’s number-one baseball fan, would you be willing to name your all-time baseball team?”

“The publicity associated with the sport would help ‘humanize’ his image with the potential Nixon-voting Democrats.”

Nixon and his son-in-law, David Eisenhower, spent a Sunday at Camp David picking the teams. “I have found that preparing an answer to that question is about as difficult a task as a President or any other baseball fan could possibly undertake,” Nixon later wrote. His final teams—four in all—were a mix of players split by league (National and American) and organized by date (1925–1945 and 1945–1970). The list gave Nixon, a long-time baseball fan, the opportunity to flaunt his baseball knowledge. But more importantly, as Sarantakes writes, “the publicity associated with the sport would help ‘humanize’ his image with the potential Nixon-voting Democrats.”

The importance of sports in Nixon’s life had a much longer history, notes historian Brian Robertson: the future president grew up at a time when “the purveyors of American political culture identified sports as an important factor in a young man’s development.” As an adult, Nixon still believed in the power of sports—so much so that when newscaster Walter Cronkite reported on a study finding that sports didn’t build character, “the president noted that Cronkite ‘should be banged up by our sports enthusiasts—this is typical leftwing hogwash.’” According to Robertson, Nixon later issued a presidential-action memo leading his special counsel to “[draft] a list of individuals to write letters of objection to Cronkite, which Nixon annotated with the word ‘good.’”

Publicity from the fantasy baseball teams had the desired effect. Players on the list “responded publicly and privately with gratitude, which gave Nixon even more publicity in this endeavor,” Sarantakes writes. But the praise was far from unanimous. Some sportswriters found the whole idea “frivolous” and “a waste of time,” with one reporter calling the writing “cliche-ridden.” Sports Illustrated chose not to run it at all, calling it “one of the ‘super alltime all-star publicity ploys.’”

Ploy or not, people were talking about baseball, Sarantakes notes, rather than “other issues in the election, such as the Vietnam War.” There may have been something deeper at work too, Robertson argues. Nixon’s team represented a long-held belief “that able politicians exhibited strong masculine attributes and leadership abilities obtained through the character-building exercises of sports and war.” 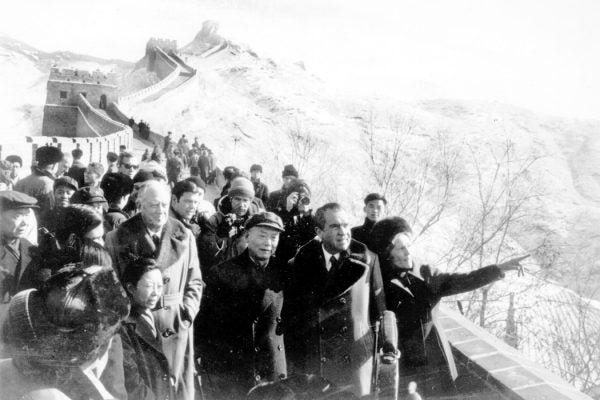 Nixon targeted Foreign Service officers who served in China in the 1940s as communist sympathizers and "fellow travelers." Then he opened trade relations.