This year marks the centennial of the publication of E. E. Cummings’s novel based on his imprisonment in France during World War I. 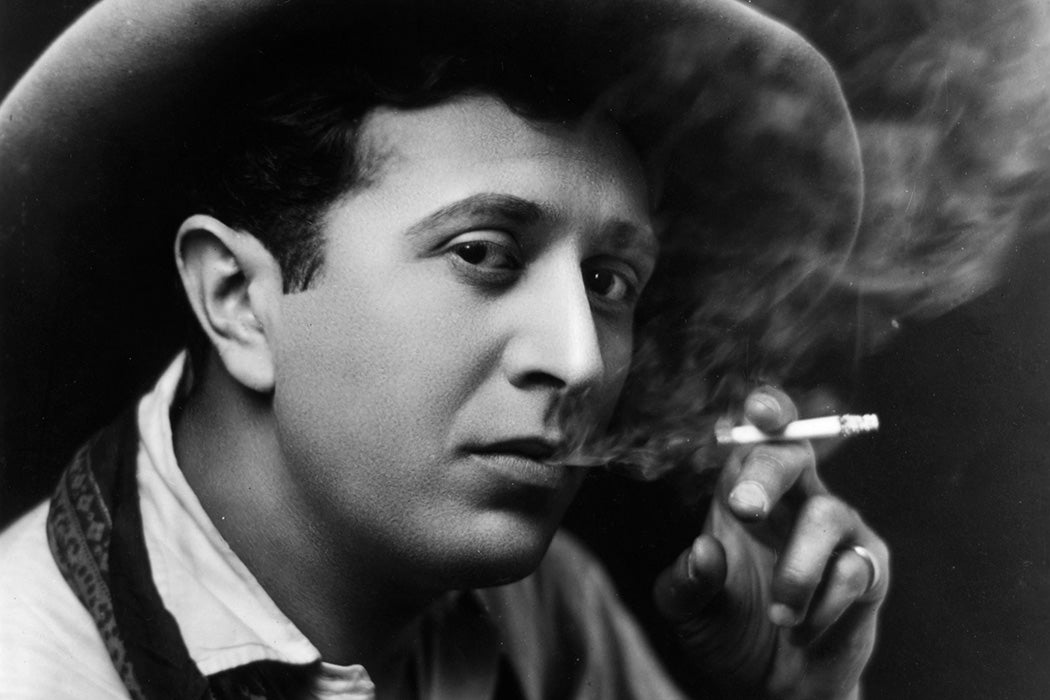 “As a critique of governmental ineptitude and the cruelties of wartime it is hardly unique, if nonetheless compelling,” writes McGuigan. “In addition to the syntactical and visual experimentation that will mark his entire carer, the book’s jarring combination of autobiography, fiction, history, epic, and war-novel, makes clear Cummings’ ‘unsentimental defecation’ of traditional notions of ‘Beauty’ and ‘The Right.’”

The “unsentimental” act McGuigan quotes comes from a letter Cummings wrote to his sister. He urged her, and everybody else, to vigorously clear away the detritus of the traditions and institutions of the past, all that “HAS BEEN TAUGHT HIM OR HER” [uppercase in original letter as quoted]. Such iconoclasm may surprise those familiar with Cummings’s beloved poems today.

The book was blasted for being “anti-culture.” The critic for the conservative New York Times called it “Bolshevist.”

McGuigan wonders if Cummings so successfully domesticated avant-garde poetry, making it accessible and attractive to general readers, that his experimental, cutting-edge bona fides have been forgotten. “The conventional wisdom of Cummings off splashing through puddles in pursuit of balloon-men leads quite predictably to his continued absence from critical work on modernism and the avant-garde.”

The Enormous Room certainly poked anti-Modernist bears in its own day. Critics, writes McGuigan, “dismissed the art of the text for the same reasons they dismissed all things ‘modern’; unnecessary opaqueness, lack of beauty and passion, and loss of the ‘great tradition.’” The book was blasted for being “anti-culture.” The critic for the conservative New York Times called it “Bolshevist.”

But how did E. E. Cummings, scion of notable Unitarians of Cambridge, Massachusetts, end up imprisoned in wartime France, gathering fodder for The Enormous Room?

Like Ernest Hemingway and John Dos Passos, both of whom also wrote books about their experiences during the Great War, Cummings volunteered for service with the Croix Rouge Américaine. On the boat over, he met William Slater Brown (1896–1997), who was also heading for the ambulance corps—and soon onto a long career as writer and translator in his own right. A snafu meant the two weren’t assigned to a frontline unit for five weeks. As they waited, they explored Paris, washed the boss’s car, and drank a lot.

Their irreverent letters home, French censors seemed to think, had a distinct lack of pro-war and anti-Hun sentiment. In addition, the Americans liked to fraternize with the French more than with other ambulance drivers. In his introduction to a new edition of the book, Nicholas Delbanco indicates that authorities may have suspected that the indiscreet twenty-somethings had heard too much about French military mutinies. Whatever the reason, C and B, as they are known in the book, were arrested, interrogated at length, and locked up. It didn’t help that their American chef de section disliked them more than he disliked what he called, at least in Cummings’s telling, “dirty Frenchmen.”

Cummings and Brown were kept in the men’s section, the “enormous room,” of La Ferté Macé prison for four months. With them were a motley collection of presumed enemies of the state as well as actual criminals. The portraits of fellow detainees are an indelible part of the book. Eventually, American diplomats would pry the two youthful offenders into freedom.

For all the talk of Modernism and the shock of the new, The Enormous Room is clearly inspired by Pilgrim’s Progress. It’s a young man’s work, almost a lark. The New York Herald’s critic wasn’t having any of it, though, as he fumed: “it serves no purpose but to disgust.” A twenty-first-century reader is hard pressed to understand where such fear and loathing comes from. She was known as the "female Byron." So why doesn't anyone read L.E.L. anymore?