In the early 20th century, Japan’s embrace of exotic cuisines helped strengthen its connections both to China and to the West. 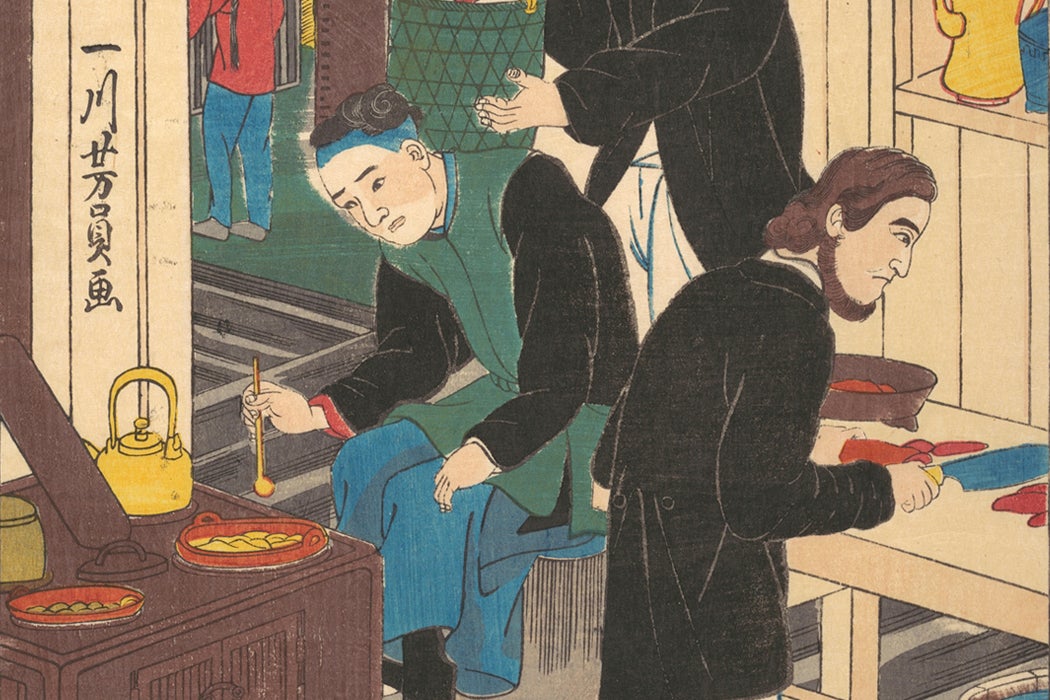 Inside a Foreign Restaurant by Utagawa Yoshikazu, 1860
via The Met.
By: Livia Gershon
2 minutes
Share Tweet Email Print

One of the most popular and enjoyable ways to start learning about a foreign culture is via its cuisne. But in the early twentieth century, few people in the world had access to businesses serving foreign foods. As scholar Katarzyna J. Cwiertka writes, Japan was an exception, and its embrace of exotic cuisines helped shape its modern identity.

Just a few years after the 1854 reversal of Japan’s isolationist policy, Western-style restaurants began popping up in Japan. According to Cwiertka, they were run by Japanese staff but mostly served the growing population of Western residents and visitors. By the late 1880s, Japanese natives were also frequenting restaurants serving European cuisine. Many of these places, however, didn’t present the food at its best. Basil Hall Chamberlain, a British scholar who studied Japan, described “slabs of tough beefsteak anointed with mustard and spurious Worcestershire sauce” as well as “watery soup” and “fish fried in rancid butter.”

Given that description, perhaps it’s not surprising that in an 1880 magazine article, a writer named Noguchi Hokugen described Western food as lacking in taste and appearance. He also argued, however, that it was more nutritious than traditional Japanese cuisine, an idea that might seem odd today. Cwiertka notes that nineteenth-century Europeans propagated the idea that meat was an ideal food, promoting physical, intellectual, and moral development. Buying into this idea, the Japanese government worked to abolish the Buddhist taboo against meat eating. Some Japanese intellectuals came to see eating meat as a mark of civilization, in contrast to “barbaric superstitions.”

While Western restaurants grew in popularity with the Japanese in the late nineteenth century, Chinese restaurants in Japan mostly served Chinese immigrant communities. The Japanese generally considered the food cheap and unhygienic. That reflected the growing sense that China was no longer a role model for the nation but, on the contrary, a stagnant culture unable to adapt to the modern world.

But starting in the 1910s, these cheap Chinese restaurants began to attract Japanese diners. In general, Chinese dishes required less modification than Western ones to suit Japanese tastes. The most popular dish in these eateries was wheat noodles in broth, a dish that would later become known worldwide as ramen.

Chinese food spread to the fine dining landscape a bit later, as Japanese civil servants and corporate workers traveled to Taiwan and mainland China, bringing back a taste for Chinese food. The rising sense of Japan as a pan-Asian imperialist power helped bring Chinese restaurants into fashion by the 1930s. Cwiertka writes that at the Salon Manchuria in the Ginza Palace Hotel in Tokyo, “customers could fully enjoy the colonial experience without having to leave the homeland.”

By this time, restaurants had helped cement Japan’s identity as a nation strengthened by its connections both to China and to the West. 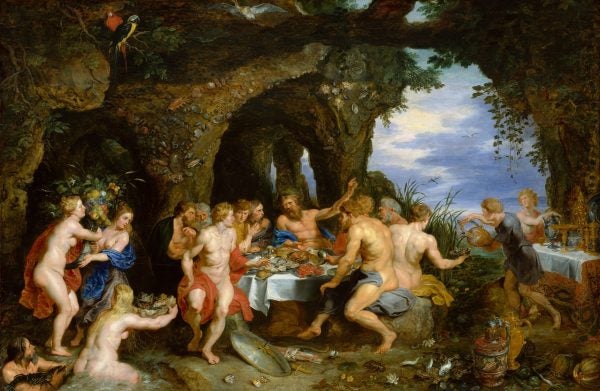 Many of us strive to avoid talking politics at a big holiday feasts. But in Homer's Greece, feasting was all about politics.