Remembering the Disaster at Hawks Nest 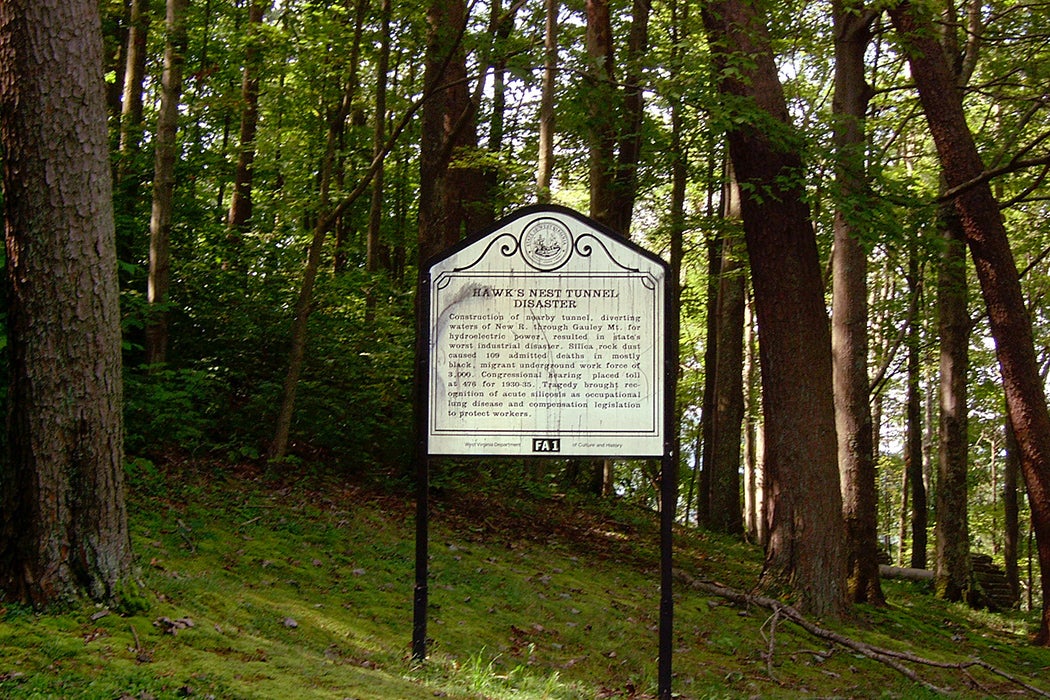 One of the largest industrial disasters in U.S. history occurred during the construction of the Hawks Nest Tunnel near Gauley Bridge, West Virginia, in the early 1930s. Hundreds of miners, most of them African Americans, died from silicosis, a disease caused by the embedding of silica dust in the lungs.

Scholars William “Rick” Crandall and Richard E. Crandall revisit this avoidable disaster. The miners were digging the tunnel to channel water to a hydropower plant, which in turn would power Union Carbide’s electro-metallurgical plant in Alloy, West Virginia. But the rock the miners were digging through turned out to be silica. This was actually a dividend for Union Carbide, which could use silica in the production of steel at Alloy. The company’s reward was the miners’ doom.

Silicosis wasn’t a new and unfamiliar disease; it was “well known to the medical profession and to all properly qualified engineers.”

“The result [of silicosis] was a slow, agonizing death,” write Crandall and Crandall. “…The resulting deaths were so numerous that even the exact number has been debated.” Some of the miners died within a year of exposure while others, having left the scene, lingered elsewhere to die as their lungs scarred. Authoritative sources put the death toll at about 750, but estimates range from 400 to 2,000. As the congressional subcommittee investigating the disaster noted, silicosis wasn’t a new and unfamiliar disease; it was “well known to the medical profession and to all properly qualified engineers.”

The disaster showed many characteristics of the Jim Crow era, too. Workers’ camps were segregated. Three-quarters of the workers were African American, and they were assigned the dirtiest and deadliest work. They received lower wages than their white counterparts and faced armed “shack rousters” who policed the camps and worksite for the contractor. Black workers were also paid in scrip, making them beholden to the company store, while white workers got cash. The miners were also denied protective gear and breathing apparatuses, though company engineers used them.

Initially, only the radical press carried the story, but eventually Hawks Nest/Gauley Bridge became a national cause, drawing in the U.S. Congress and the court system. The disaster was the subject of years of hearings and legal proceedings, including over 300 lawsuits. “The total amount of damages represented just over one percent of the project cost,” note Crandall and Crandall.

The disaster seems little remembered today, even though novels were written about it and documentaries made. A poem by Muriel Rukeyser called “The Book of the Dead,” which incorporates oral histories and Congressional Record excerpts as well as her own on-the-spot research, is now considered an American epic.

Crandall and Crandall wonder if a similar event could occur today. They conclude, “while the occurrence of another disaster involving human error and a massive loss of life may, at first, seem seem remote, it is still, nonetheless, possible.”