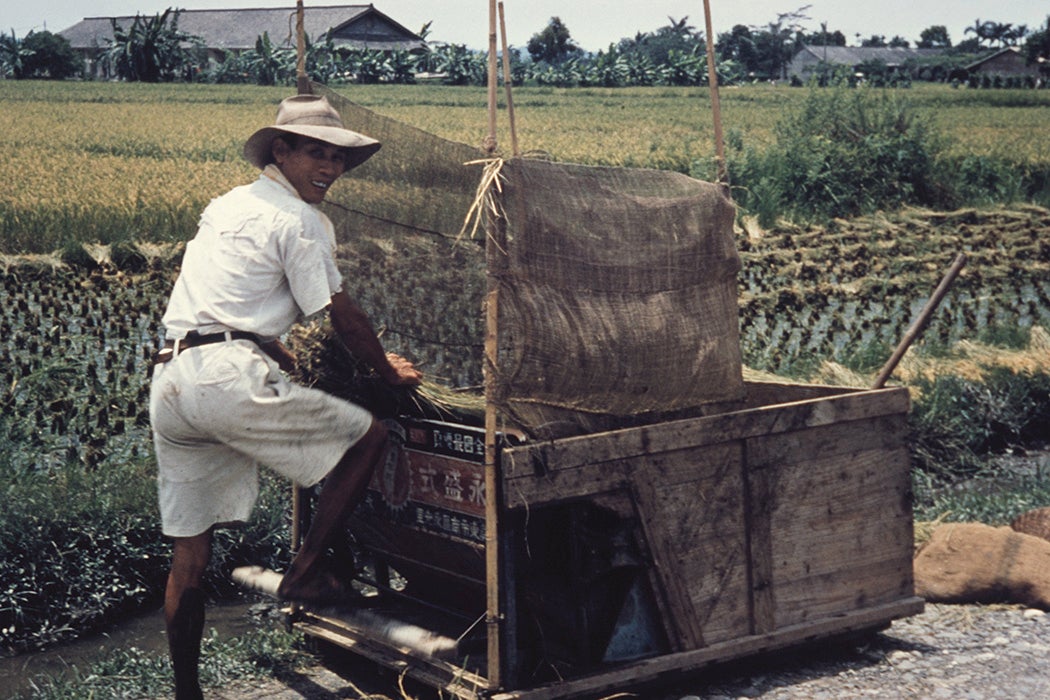 A rice farmer with a handcart in Pingtung County, Taiwan, circa 1965.
Getty
By: Livia Gershon
3 minutes
Share Tweet Email Print

There are few things more deeply embedded in family and cultural traditions than the food we eat. But our diets are also subject to global forces far beyond our control. Sociologist Ding-Tzann Lii looks at these dynamics when it comes to Taiwan’s relationship with one of the most basic food staples of all: rice.

After World War II, Lii writes, the United States ramped up international food aid. This was both a strategic move in the Cold War and a way to get rid of agricultural surpluses. In Taiwan, the U.S. didn’t just hand out flour. It also went to great lengths to get people to use it: setting up public demonstrations of pasta- and bread-making, and encouraging the use of flour-based products in school lunches. It also launched a PR campaign to spread the idea that rice was nutritionally lacking.

The country’s food self-sufficiency ratio—a comparison of food calories produced and consumed—dropped from 56 percent in 1984 to 34 percent in 2003.

“Thus if Taiwanese changed their eating habits to eat more flour-based products, their physique would become as strong and tall as Americans’, and women’s skin become as pearly white as the skin of white people,” Lii writes.

More change came in the 1980s and ‘90s. Taiwan’s market liberalization policies allowed U.S.-based fast food chains like McDonalds and KFC, as well as international grocery store brands, to develop a presence there. As a member of the World Trade Organization (WTO) and signatory to the General Agreement on Tariffs and Trade (GATT), Taiwan also opened its borders to agricultural imports. This meant a hit to its domestic agriculture, particularly rice-growing, and the government began offering subsidies to farmers who retired their land. The country’s food self-sufficiency ratio—a comparison of food calories produced and consumed—dropped from 56 percent in 1984 to 34 percent in 2003.

But, Lii writes, none of this went uncontested. In 1988, farmers took to the streets against U.S. agricultural imports in the biggest social movement in the country since the end of World War II. The next year, a group of women formed the Homemakers United Foundation (HUF) to oppose unhealthy and environmentally harmful food practices.

These movements became increasingly mainstream in the early years of the twenty-first century. Media drew attention to the issue of food sovereignty, with sentimental depictions of domestic rice farming. Large numbers of young people began moving to the countryside to farm. Much like in the U.S., community supported agriculture (CSA) programs popped up, and nonprofit groups connected farms with school lunch programs, restaurants and community kitchens.

In 2010, when the Taiwanese government bulldozed a field of rice paddies to make way for a science park, a movement of unprecedented size rose up under the leadership of a group called the Taiwan Rural Front (TRF). Lii writes that the movement successfully halted additional government expropriation of farmland, including preventing the construction of the $20 billion KuoKuang chemical plant.

The social movements helped change the popular perception of rice from “plain old rice” to a signifier of cultural memory and resistance to exploitation. 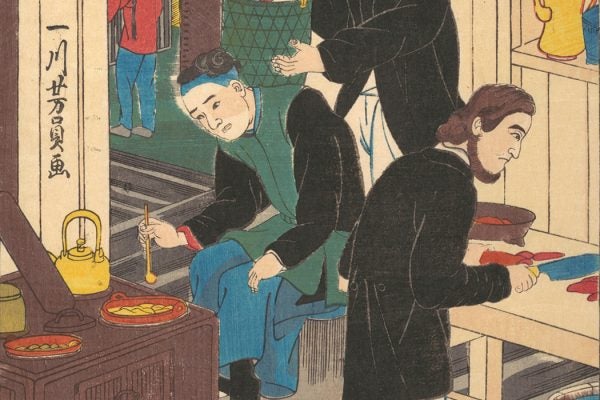 In the early 20th century, Japan's embrace of exotic cuisines helped strengthen its connections both to China and to the West.