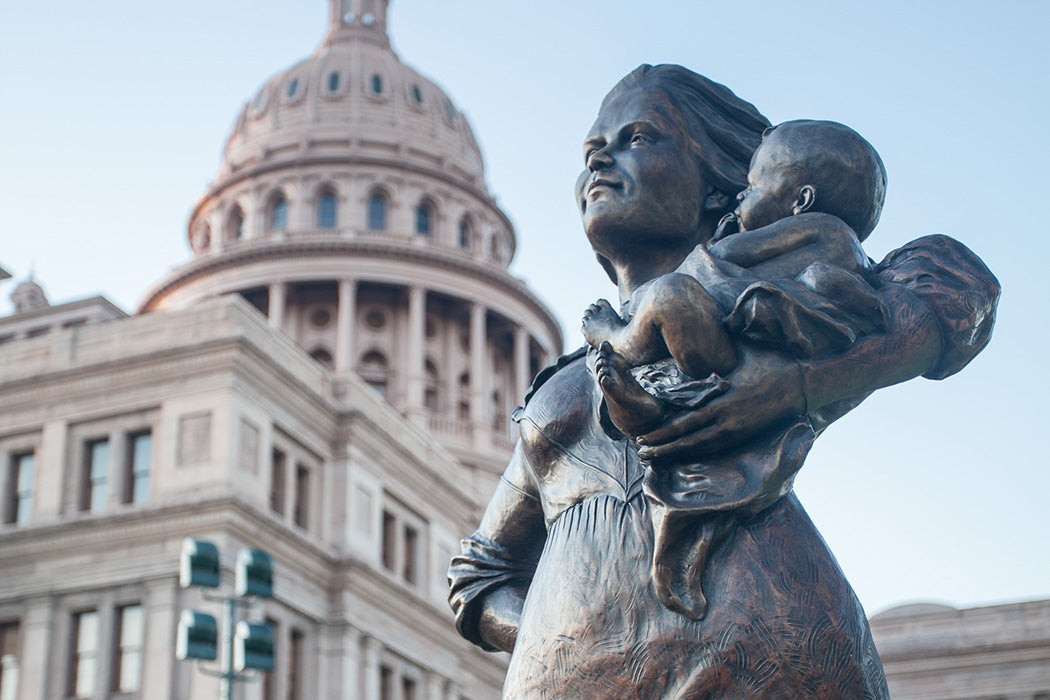 When Americans pushed west of the Mississippi in the mid-nineteenth century, many of them were pregnant women destined to give birth in unfamiliar territory. What was it like to be pregnant and give birth in this new frontier? To whom did pioneer women turn for support? As historian Sylvia D. Hoffert writes, that answer varied amongst different populations.

In the East, white women experienced fear and anxiety about pregnancy, which was often a death sentence. They cast pregnancy as an illness in an “attempt to define themselves as genteel, physically delicate, and therefore at risk.”

In the nineteenth century American West, midwives and doctors were scarce, and some attendants lacked experience and knowledge.

Women who went West took those definitions with them, but quickly learned that their lives wouldn’t necessarily accommodate a self-perception of weakness or sickness during pregnancy. As the support systems enjoyed by Eastern women disappeared in the rear-view mirror of their covered wagons, they had to make do under conditions that would have appalled their sisters and mothers.

Women had to figure out who would support them during birth, then gird for the possibility that there would be no support at all. Midwives and doctors were scarce, and some attendants lacked experience and knowledge. Though women at missions and forts had access to professionals, writes Hoffert, others did not.

Then there was the question of recovery: Month-long recovery periods were common in the East, but women of the West were often forced to get back to their duties within days or even hours. Without childcare, domestic help, or the emotional support of other familiar women, some women became inconsolable.

Another group of white women experienced pregnancy differently. Mormon women were embedded in their religious communities, which cast pregnancy as a religious experience, and usually offered support of some kind. These women relied primarily on church-commissioned midwives who supervised their births and helped them after delivery.

White onlookers described pregnant Native Americans in dismissive terms. While they were “impressed by the strength, self-sufficiency, and resourcefulness of Native American women during labor, delivery, and recovery,” Hoffert notes that “white observers tended to view childbearing among the Indians almost as a…non-event.” That view was limited, however, by white observers’ access to Native communities and did not reflect the centrality of childbirth to Native American religions or the complexity of ritual and medical treatment of Native women within their communities.

All three groups experienced fear during pregnancy and childbirth. But, writes Hoffert, expressing that fear was the privilege only of white women. For Mormon women, religious pressures and the sacredness of procreation meant it was culturally taboo to express fear. And for Native American women whose tribes were under an existential threat, there was no tolerance for expressions of apprehension.

Pregnant women could be encountered all over the pioneer West, but instead of turning to the women around them, women of all three groups only looked for comfort among women who looked like them. 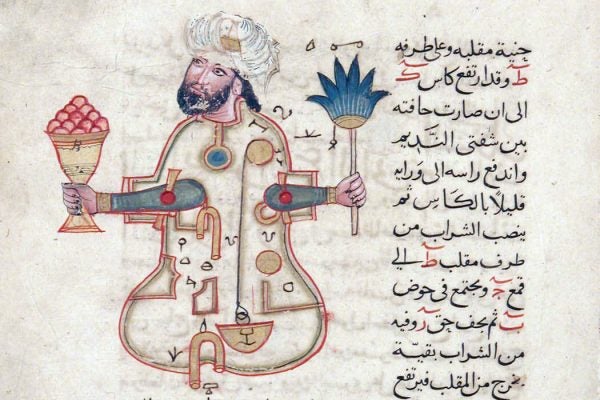 The Marvelous Automata of Antiquity

Centuries before the computer, whimsical automata pushed the uncanny boundary between human and machine.