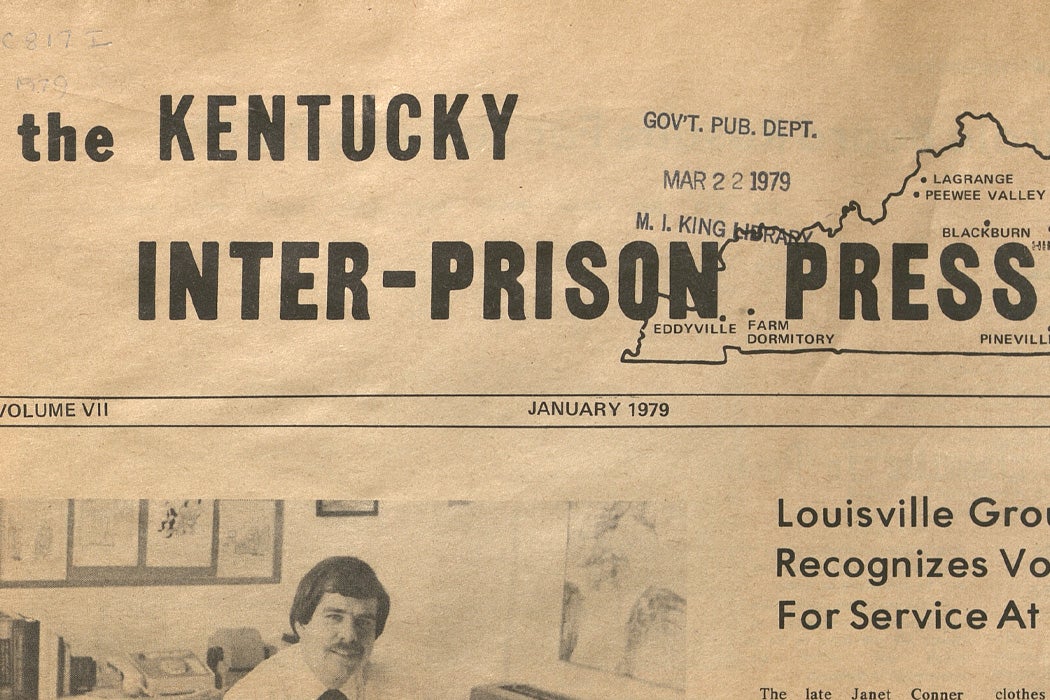 From the cover of Volume 7, Issue 1 of Kentucky Inter-Prison Press, 1979
via JSTOR
By: Morgan Godvin
2 minutes
Share Tweet Email Print

JSTOR Daily will be highlighting at least one poem from the American Prison Newspapers collection every Tuesday and Thursday for the month of April. The January 1, 1979, issue of the Kentucky Inter-Prison Press, with its yellowed pages, may not have seemed remarkable upon publication. Yet on the second page alone, there are multiple striking moments for the 21st-century reader.

A jarring dose of humanity comes with the poem “Lonely Nights,” written by Reva Walker at the Kentucky Correctional Institution for Women. 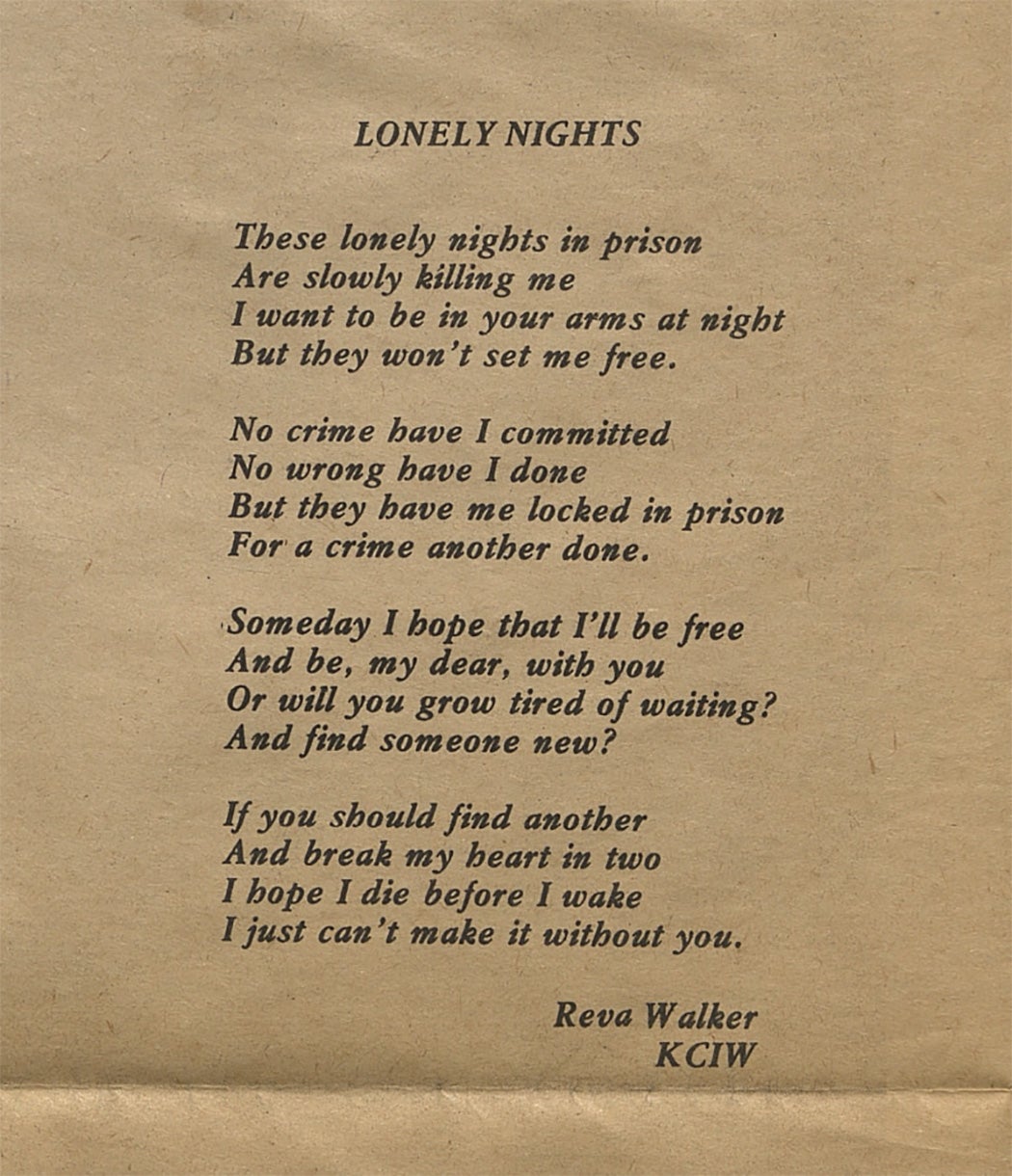 Beyond the ache of loneliness and longing captured in Walker’s poem, page two provides additional thought-provoking information. For instance, parole numbers are listed for the entire state of Kentucky, broken down by facility. By comparison with today’s rates, parole was once granted liberally in the Bluegrass State. That the data were publicly available and published within the prison system belies a level of transparency that has since declined, right along with the percentage of people recommended for parole. Kentucky parole approvals fell to 41% in 2016, around half the average rate displayed in this issue. 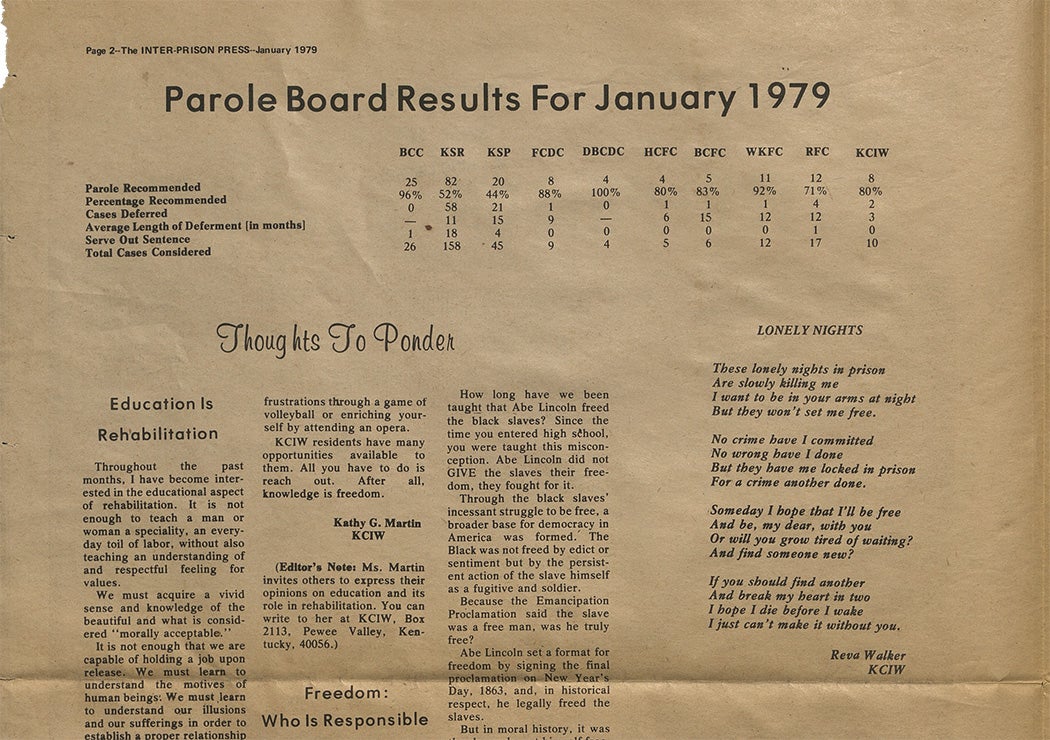 Kathy Martin provides two “Thoughts to Ponder,” the first about education as a tool of rehabilitation.

Her second piece offers critically reflexive thoughts on Black history that read as if they were contemporary. “Through the black slaves’ incessant struggle to be free, a broader base for democracy in America was formed.”

The Kentucky Inter-Prison Press was a member of the Penal Press. Reveal Digital has issues from 1976 through 1979 currently available for open access as part of their American Prison Newspapers collection.