Composition with pigeons. One flock’s dynamic movement created a spatial music that was constantly crescendoing and dissipating in a long haunting chord. 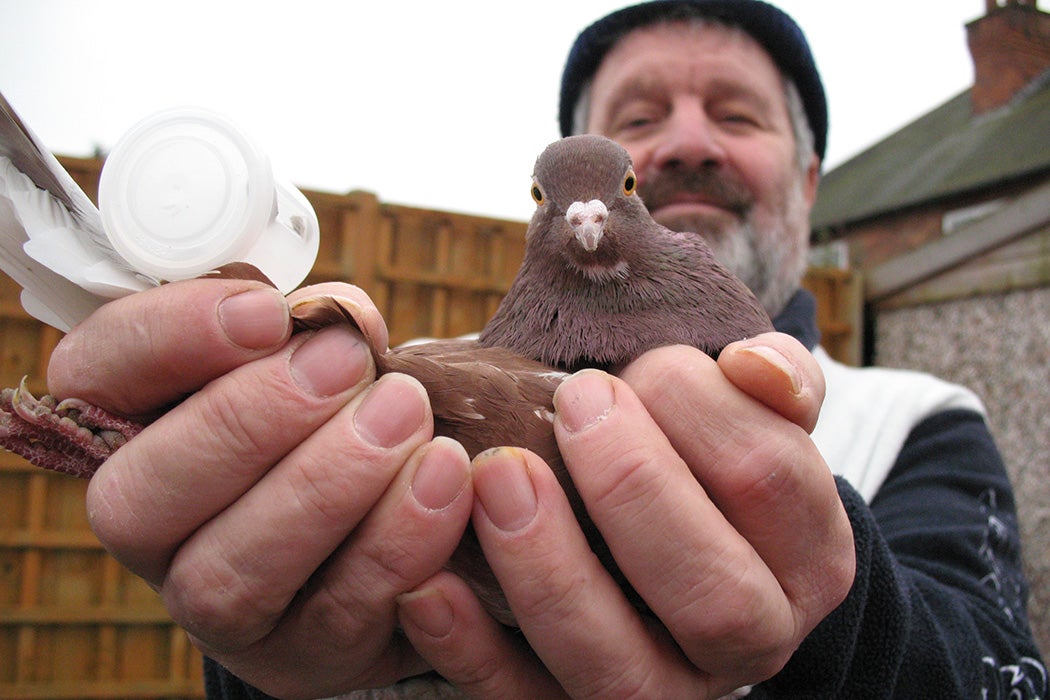 Among the archaeological and anthropological treasures at the Pitt Rivers Museum in Oxford, England, is a small case of curious instruments made from bamboo and gourds. A taxidermied pigeon wears the instrument wired around its tail for demonstration. But composer Nathaniel Mann wanted to know how these whistles from China and Indonesia sounded in flight. “They’re all behind glass, you can’t touch any of them, more importantly you can’t hear any of them,” he explained in a video about his pigeon whistle project. “So you’re left to imagine what the sound might be that’s produced. I always imagined that the pigeons would be drawing flight lines of sound across the sky or clusters of tones kind of moving above, and that really did capture my imagination.”

Mann decided to create his own avian composition. A display that recently closed at the Pitt Rivers Museum called Pigeon Whistles: An Orchestra in Flight explored his resulting project, “Pigeon Whistles,” which premiered at Oxford Contemporary Music’s Audible Forces in 2013. The initiative came about during his time as the embedded composer in residence at the museum and Oxford Contemporary Music.

The whistles are incredibly lightweight, and attached with a gentle wire around the tail feathers so pigeons can fly without discomfort.

Mann made his pigeon whistles from old 35 mm film canisters, popsicle sticks, and broken records. Of course, he still needed performers, and found a collaborator named Pete Petravicius, aka “Pigeon Pete,” a former factory worker who had a mobile coop on his scooter. His pigeons—Birmingham Rollers, a breed known for their acrobatic somersaults—soared with different notes attached to their tails. The flock’s dynamic movement created a spatial music that was constantly crescendoing and dissipating in a long haunting chord. (You can listen to a performance at the Norwich and Norfolk Festival.)

It’s hard to know how the film canisters compare to the sonic flight over China in the nineteenth and early twentieth century. In a 1908 Scientific American article, anthropologist Berthold Laufer writes that when:

the birds fly the wind blowing through the whistles sets them vibrating, and thus produces an open-air concert, for the instruments in one and the same flock are all tuned differently. On a serene day in Peking, where these instruments are manufactured with great cleverness and ingenuity, it is possible to enjoy this aerial music while sitting in one’s room.

In The Galpin Society Journal, researcher Mitchell Clark reported that in China, the “pigeon’s owner would use the sounds of [the whistle] to recognise his birds when in flight, or to frighten away birds of prey.” And according to a 1905 Bulletin of the Pennsylvania Museum, the whistles had another utilitarian purpose: Pigeons charged with distributing daily reports to banks in Peking (today’s Beijing) were outfitted with unique whistles. These “are often carved in the shapes of animals’ heads or in other fanciful designs and frequently represent a series of pipes placed side by side, each one emitting a different note.” Once the pigeon’s task was done they would “fly straight to the different banking houses to which they belong.”

The whistles are incredibly lightweight, and attached with a gentle wire around the tail feathers so pigeons can fly without discomfort. After his residency, Mann donated some of his personal collection to the museum, along with one of his twenty-first-century designs. According to  this article in the Guardian, an audience member called listening to Mann’s kinetic orchestra “the closest thing I’ve ever experienced to heaven.” 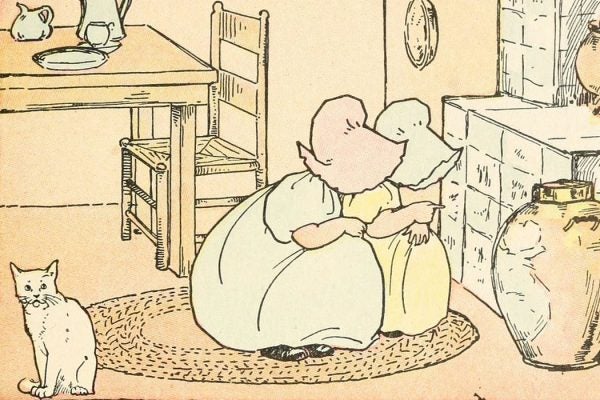 The Merchandising Whiz Behind the Sunbonnet Babies

In the late 1890s, Bertha Corbett set up her own illustration studio in Minneapolis. Her simple drawing of children in sunbonnets became her ticket to success.