No permaculture site is the same, but all draw on a unifying set of principles to maintain biodiversity and create resilient systems now and in the future. 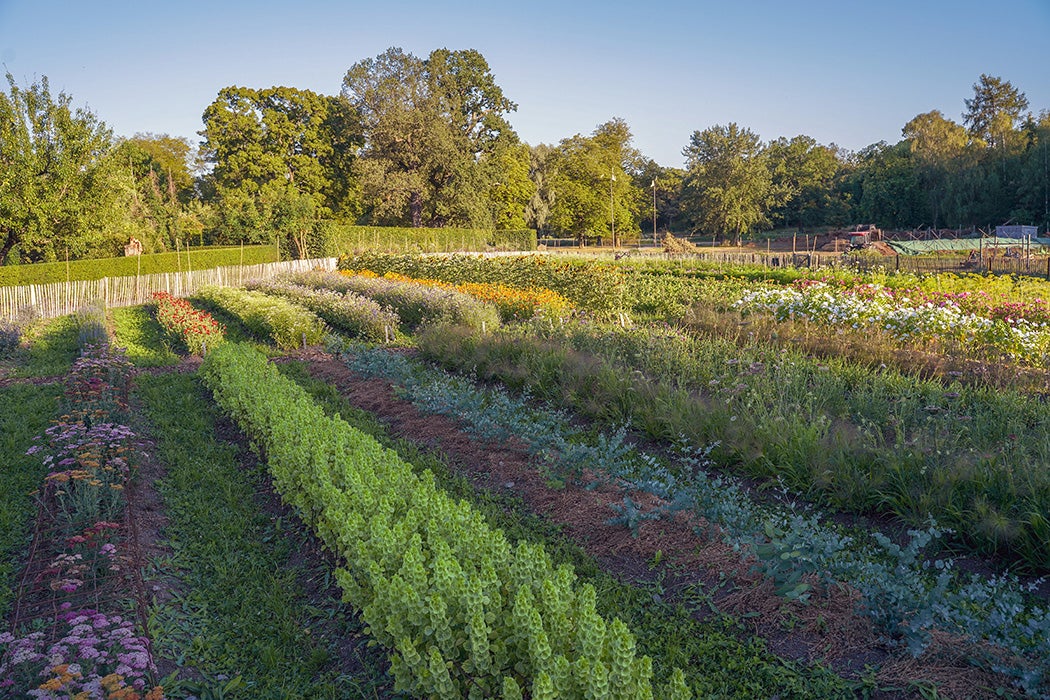 Since the 1970s, one third of the world’s agricultural land has been rendered unusable due to soil degradation. Modern agriculture, we’re told, is unsustainable. For one thing, it depletes the soil of nutrients, can cause erosion, and ultimately degrades habitat for plants and animals. But permaculture could change that.

Derived from the phrase “permanent agriculture,” permaculture is the design of diverse and resilient agriculture systems that mirror natural systems in their ability to regenerate and adapt to changes in the environment.

The term “permaculture” was coined by researchers Bill Mollison and David Holmgren in 1974 to encourage people to interact with agriculture in a new way. They described permaculture as “the harmonious integration of landscape and people,” which ideally provides human “needs in a sustainable way.” A permaculture system itself may vary by location and purpose, but one thing rings true: it is a new way to envision agriculture.

Systems should protect biodiversity as well as make sure people have equal access to food and other goods.

Scholars Jenny Donovan and Peter Cuming provide a more modern definition of permaculture as “conditions that enable people to be more self-reliant,” which therefore “promote environments that enable the needs of their occupants to be met with a reduced dependence on appropriating environmental resources.”

But it’s not just about a new way to grow things that protects the Earth. Donovan and Cuming highlight the importance of ecological and social responsibility in permaculture. Systems should protect biodiversity as well as make sure people have equal access to food and other goods.

When implementing a permaculture system, location, functionality, planning, and nutrient cycling are of the utmost importance. To work with the natural system in place, planners and farmers may want to consider how the natural environment would influence a garden, through elements like soil health, native plants, and weather.

Urban areas rely on hinterlands, or the vast areas beyond the city limits, for their food needs. Donovan and Cuming highlight work from scholars and cities around the globe that use permaculture to “work with, rather than against nature.” In Australia, one of the most highly suburbanized areas in the world, permaculture can bridge the gap between cities and the countryside by bringing food production into the city. As the city becomes part of the regenerative ecosystem, more people have access to both growing and eating this bounty, uniting social and environmental well-being.

These tactics can be applied in other areas as well. Introducing urban agricultural systems might also reduce the ecological footprint of cities like Vancouver, Canada, where the footprint is eighty times the size of the city itself.

What makes permaculture so dynamic is that the system can vary by the goals of the farmers and the relationships between the built and natural environments. No permaculture system is the same, but all draw on a unifying set of principles to maintain biodiversity and create resilient systems now and in the future.