The groundbreaking team at Milestone Comics infused Static, Hardware and their other creations with Afrocentric dynamism, paving the way for T’Challa’s mainstream success. 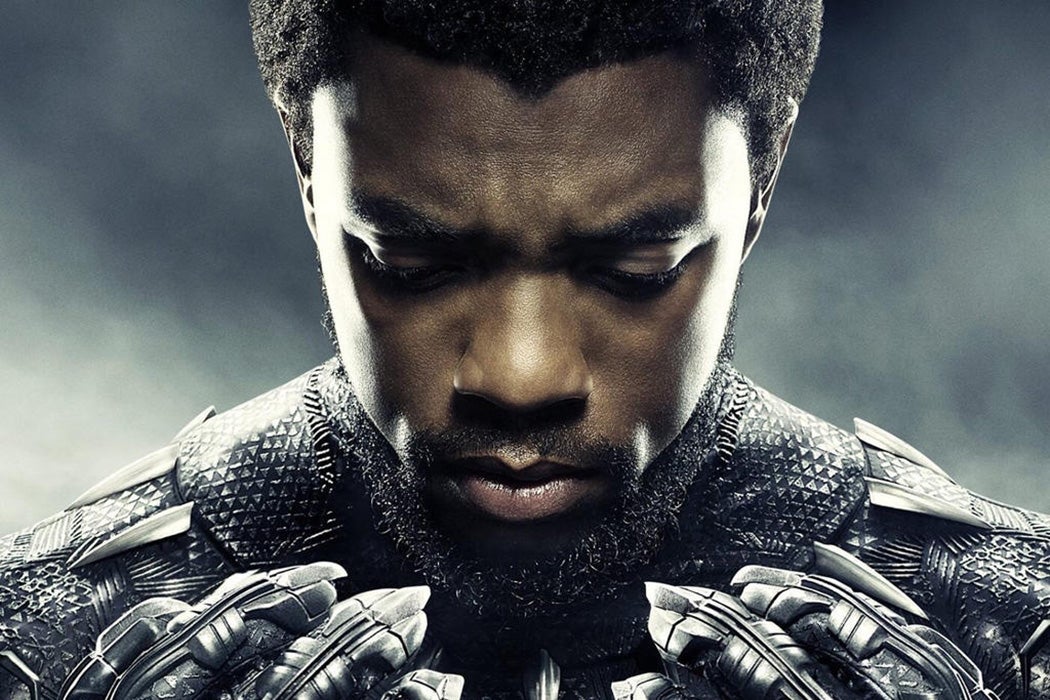 When Marvel Studios’ Black Panther was met with overwhelmingly positive reviews in 2018, I was skeptical. As a former comic-book nerd and current MCU (Marvel Cinematic Universe) aficionado, Black Panther always existed as an interesting background character who popped up at crucial moments, but his own titles never did well. After seeing the film, I was in awe. The storytelling, the visuals, the acting, the relatable Afrocentric themes made it, without question, one of the best superhero films ever produced. But as my mind returned to key scenes in Wakanda, images of other Black superheroes kept cropping up: Hardware, Static, Blood Syndicate, all characters from Milestone Comics. I suddenly knew why critics were labeling Black Panther as revolutionary. It all went back to the 1993 superhero narratives that introduced comic readers to Afrocentrism, what Algernon Austin defines as a “social movement that seeks to connect Black Americans culturally to Africa.”

The road to the Afrocentric mainstream starts with three people: Dwayne McDuffie, Denys Cowan, and Derek T. Dingle. In 1993, this trio of African American comic book writers and artists created Milestone Comics, a collection of original Black superheroes who would unapologetically operate within and speak to an African American system of values, norms, and beliefs. While some writers and artists had made sincere efforts to create interesting and well-rounded Black heroes like Black Panther, Storm, and Luke Cage, many of these protagonists were created by white men, denying the characters authentic and unique Black perspectives. Black superheroes were “Black in color only,” according to Todd Steven Burroughs; their racial identities were more novelty than defining traits. The Milestone founders were fed up with comics that were sterile and disingenuous. They believed that Black heroes written, drawn, and edited by a mostly Black team would lead to groundbreaking stories, but they needed funding and distribution to turn this dream into a practical livelihood.

Unlike contemporaneous Black-owned and operated comic book companies like ANIA, Milestone had struck “a ground-breaking deal with industry giant DC Comics whereby DC would print and distribute the Milestone titles without interfering with content or ownership rights,” says Jeffrey A. Brown in “Comic Book Masculinity and the New Black Superhero.” “This unique relationship allow[ed] Milestone to reach a much larger audience than any other African American comic book publisher [had] ever been able to.” Milestone found the backing needed to develop a readership and had the talent necessary to compete with heavyweights like Marvel. Yet to make characters resonate with diverse and discerning fanboys, they had to move beyond the novelty of simply giving traditional superhero archetypes dark complexions. McDuffie, who died in 2011, believed Milestone’s characters had to embody Black identity and epitomize the Black experience in an almost tangible way that no other major superhero publisher had even attempted.

“We’re doing superheroes,” McDuffie said, “but they’re going to live in a world that looks more like [the Black] world.”

In a 1994 interview with the Village Voice, McDuffie described how Milestone’s setting would allow its characters to stand apart from other superheroes of the era. “We’re doing superheroes,” McDuffie said, “but they’re going to live in a world that looks more like [the Black] world.” Milestone’s debut roster of Hardware, Icon, Static, and Blood Syndicate needed stories centered around Black identity, conflicts, and trials that young Black readers could easily relate to and which others, despite age or racial background, could empathize with and understand.

Hardware hit comic book stores in 1993. I bought the first issue when I was twelve. The story focused on Curtis Metcalf, a young African American engineering prodigy recruited, and later exploited, by a racist CEO to develop high-tech weaponry. Little does his oppressive mentor realize that Metcalf has formed the alter-ego of Hardware (a mix of Batman and Iron Man) to systematically destroy the company. It was a different superhero plot mixed with Denys Cowan’s edgy pencils and a perspective previously unknown to me, which made the narrative ever more alluring.

The first two pages of Hardware feature a set of wide and then long panels that flash between a young Metcalf and his caged pet parakeet. The bird escapes, eyes the backyard through a closed window, and tries to fly out, but “[. . .] inevitably,” the fictional Metcalf notes, “[he’d] crack his head on the windowpane.” Cowan employs an alternating close-up between the parakeet repeatedly hitting its head and Metcalf somberly scooping up the bird and caging it. “My bird made a common error,” Metcalf says. “He mistook being out of his cage for being free.” While Metcalf’s genius provides him with opportunities, his Blackness keeps him forever imprisoned.

It was impossible for me, a white youth, to directly relate to this, but I understood the message, and I realized the Black perspective was complicated, compelling, and yet taboo in school, on television, and in the comics I read. It was a completely new way of seeing and questioning the world. I couldn’t wait for Hardware #2, but when I returned to the store a month later to buy it, there were no copies of it, or any Milestone Comics, on the racks.

“Don’t carry them,” the shop’s owner told me. “No interest.” The store didn’t want to sell comics about Black superheroes created by Black artists; as the Milestone creative team explained in the recent HBO Max documentary Milestone Generations, shop owners thought the titles were only for Black readers and therefore difficult to sell.

Undeterred by inconsistent placement and advertising, Milestone continued to mine stories rooted in Black culture and racial divides. At first, this seemed to go over well with critics, readers, and DC supervisors, leading McDuffie and his team to explore other aspects of the Black experience. Milestone Generations filmmakers break down how McDuffie committed to writing about sexuality in the 25th issue of Static, Milestone’s most popular title. DC advised McDuffie and his team to be more subtle, especially where cover art was concerned, but Milestone argued to keep the issue intact.

DC and Milestone reached a compromise, but just before publication, McDuffie inserted an editorial about the conflict in the issue’s opening pages. “Static is a fun comic, but it’s never shied away from topics like gang violence, homophobia, and racism. It’s not about to start now,” he wrote defiantly. DC viewed the move as an example of Milestone’s contempt and took steps to weaken the imprint financially toward the goal of its eventual closure. Over the course of three years, Milestone was absorbed into DC’s offices where the creative team fragmented. Milestone was no more, but it had succeeded in cultivating its key selling point: making Afrocentrist points of view relatable to all readers instead of distant and obscure.

While the Milestone brand withered, its influence survived. Some members of the imprint’s original creative team went on to produce an animated version of Static, titled Static Shock. Since the show was aimed at a wider and more family-friendly demographic, many of the themes and arguments that made Milestone so popular were abandoned, but the show found viewers and maintained them for four seasons. More importantly, producer and director Reginald Hudlin took notice of the show. He had originally been sought by Cowan in the early ‘90s to help launch Milestone, but Hudlin’s quick rise in the film industry prevented his involvement. He did, however, keep tabs on Milestone’s titles and worked their themes into his own stories when he became lead writer for Marvel Comics’ Black Panther comic book series in 2005. Hudlin wanted King T’Challa/Black Panther “to represent the fulfillment of the potential of the motherland” by making him into a “cosmopolitan [. . .] steeped in tradition.” His Afrocentric version of Black Panther resonated with audiences, leading to a 62 issue stretch that provided the narrative inspiration for the 2018 film.

Screenwriter and director Ryan Coogler had those same themes in mind when he developed Black Panther, the film, which starred the late Chadwick Boseman in the title role. It brilliantly blends Afrofuturistic imagery and settings with modern-day conflicts, effectively exploring what it means to be Black in the modern western world. The difficulties that both T’Challa/Black Panther and his rival Killmonger face in balancing this duality is unique to the Black experience yet easy for wider audiences to appreciate. The approach sounds academic and intense, but, like the Milestone stories before it, the movie stays true to its superhero roots by remaining riveting, visually stunning, funny, and simple to follow.

Like McDuffie, Coogler was committed to uncomfortable but thought-provoking topics in addressing contemporary racial strife. Toward the end of the film, Killmonger (played by Michael B. Jordan) utters his last words: “Just bury me in the ocean with my ancestors that jumped from the ships because they knew death was better than bondage.” The young auteur believed the line would be removed for being too controversial, but Marvel Studios’ president Kevin Feige supported it. “It was one of the best lines we ever read,” Feige said. “Keep it and build more of the movie around it.” The lines point to the enduring impact of slavery on Black identity, a theme rooted in Milestone’s DNA. Once upon a time, highlighting such ideas was understood to be forbidden in tentpole franchises like Black Panther and Static Shock. Now, the success of these characters, on page and on screen, suggests that wide, diverse audiences are ready and eager to take on large, thorny questions regarding race.

Building off of Black Panther’s undeniable momentum, Milestone returned in 2020 as the rebranded Milestone Media, dedicated to re-introducing its classic characters through multiple platforms. To ensure that this Afrocentric style of storytelling remains viable for the long term, Milestone’s executive team, which now included Hudlin, launched the Milestone Initiative, a developmental program dedicated to supporting the careers of young artists and writers of color.

Black Panther was made to help both African American characters and audiences connect to and celebrate their African origins, but this should not be regarded as a divisive storytelling tool. Rather, it unites readers by encouraging them to empathize and engage with a perspective long under-recognized. Milestone laid the foundation to make Black superheroes, and Black identity, universally relatable and normal, so that one day characters like Hardware and T’Challa can just be superheroes—no modifiers necessary.