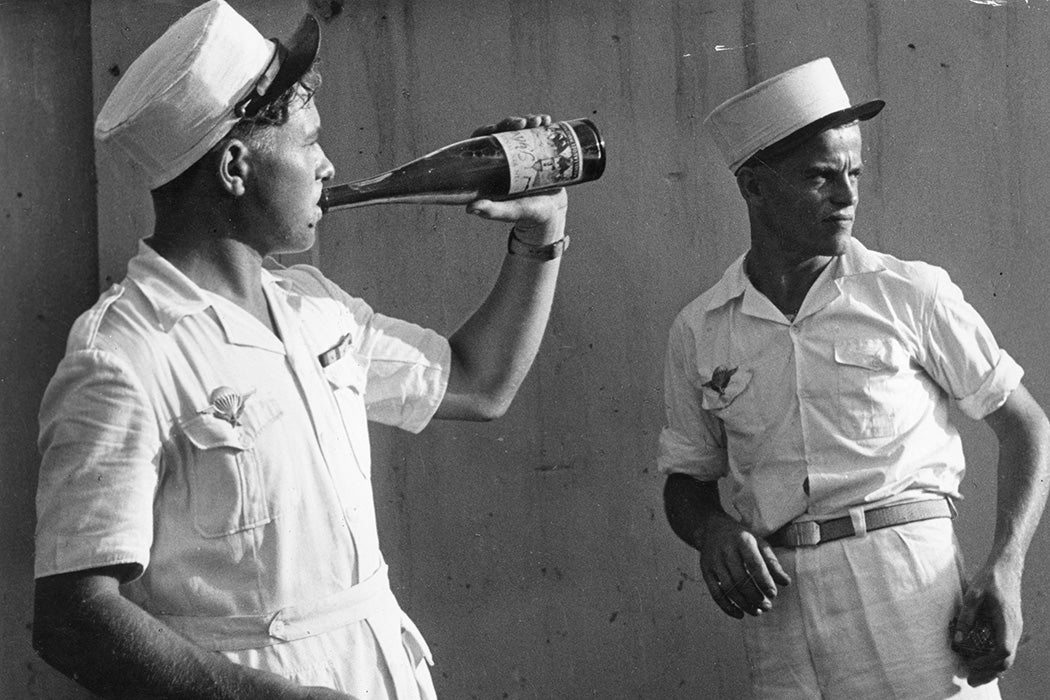 A specter haunted Germany after the defeat of the Nazis. Several of them, actually: ghosts, witches, would-be messiahs, miracle workers, and recruiters for the French Foreign Legion. Scholar Frank Biess exams the moral panic aroused by the Legion in what Monica Black has called a “demon-haunted land” struggling with—or hiding from—the shattering legacy of fascism and utter defeat.

“Starting in the early 1950s,” Biess writes, “West German newspapers began to publish sensational stories on ‘human kidnapping’ that depicted the abduction of young German men into the Foreign Legion by paid recruiters. In the public imagination, the Foreign Legion became a major site of anxiety, a ‘horror of mothers’ whose sons were said to be taken away by unscrupulous ‘headhunters’ only to fight on behalf of French colonial interests in Indochina and North Africa.”

The Foreign Legion was the subject of a pop song, a movie, a novel, many newspaper stories, and parliamentary debate. The courts “vigorously prosecuted and, in some cases, convicted alleged recruiters for the Legion.” The issue even became an obstacle to Franco-German reconciliation efforts, “which in turn lay at the heart of the process of Western European unification.”

The French were eager for mercenaries to help in ultimately unsuccessful efforts to re-colonize Indochina and hold the colonial line in Africa.

Biess examines the panic as a manifestation of “anxieties regarding postwar sovereignty and the violability of the national body” in the aftermath of humiliating defeat in war and occupation by foreign powers. “The safety and integrity of male youth as the core constituency of postwar reconstruction” was paramount as fears of slavery and homosexual seduction fueled the panic.

Germans had, in fact, been signing up for the French Foreign Legion, formed in 1831, for a long time. The Nazis criminalized service in the Legion, but at France’s initiative, Allied occupation powers rescinded the law after 1945. The French were eager for mercenaries to help in ultimately unsuccessful efforts to re-colonize Indochina and hold the colonial line in Africa. Between 1945 and 1962, some 50,000 Germans, 5,000 of whom originally signed up in French POW camps, served in the Legion. Biess notes that contrary to myth, the Legion didn’t seek out “prominent National Socialists, war criminals, or collaborators.”

“As is characteristic of a moral panic, West German media, especially magazines and newspapers, subjected the issue of the Foreign Legion to ‘exaggerated media attention’ and constant ‘over-reporting.’ Media reports also grossly inflated the numbers of Germans serving in the Legion and hence the alleged danger from recruiters.”

Recruiters, who were usually Germans themselves, were transformed into “folk devils,” personifications of evil described as kidnappers, headhunters, sellers of souls, pied pipers, and even vampires looking for new blood. Recruitment was sexualized as an act of older male seduction of younger males, induced with the help of drugs and alcohol. It wasn’t long before people who didn’t “look like Germans” were being denounced as Legion recruiters, intent on seducing naive young men into forced servitude.

“Narratives of abduction cast the recruitment of young German men not just as enslavement but also as a form of sexual transgression and, especially, of homosexual seduction,” Biess writes.

The Wirtschaftswunder, or “economic miracle,” that saw the creation of a stable democracy and economic powerhouse from the literal ruins of the Nazis actually kept many Nazis in positions of power and profit. The era was also intensely patriarchal, misogynist, and homophobic, with some 50,000 gay men prosecuted under Paragraph 175, an anti-homosexuality statute that was strengthened under the National Socialists and not abolished until 1969.

Paragraph 141 of the criminal code banned recruitment into the Legion after March 1953. People came to acknowledge that young men signed up on their own initiative, for a variety of reasons, and the frenzy simmered down. Yet alleged recruiters were still convicted under Paragraph 141 for the next few years, often charged not with actual recruitment but with the more nebulous “bringing into contact” of a German man with the Legion.

Yet, there was “no evidence that recruiters actually inveighed young Germans into the Legion against their will.” Facts, however, have a hard time in the irrational storm of moral panics. As Biess writes, the analogies between Paragraph 141 and Paragraph 175 had already been established in the public discourse of the day.

Moral panics often boil down to sex panics. In the case of West Germany, the sex panic was entangled with “a wide variety of fears and anxieties in which Germans imagined themselves as hapless victims of external forces beyond their control.” The threat of slavery at the hands of the Legion “encapsulated the terrifying fantasy that Germans might be subjected to extreme violence similar to the treatment they had meted out to their own victims” during World War II, and the “figure of the corrupting homosexual” served as “the negative foil of West German masculine citizenship.”

Moral Panic in Postwar Germany: The Abduction of Young Germans into the Foreign Legion and French Colonialism in the 1950s
By: Frank Biess
The Journal of Modern History, Vol. 84, No. 4, Europe in the 1950s: The Anxieties of Beginning Again (December 2012), pp. 789–832
The University of Chicago Press 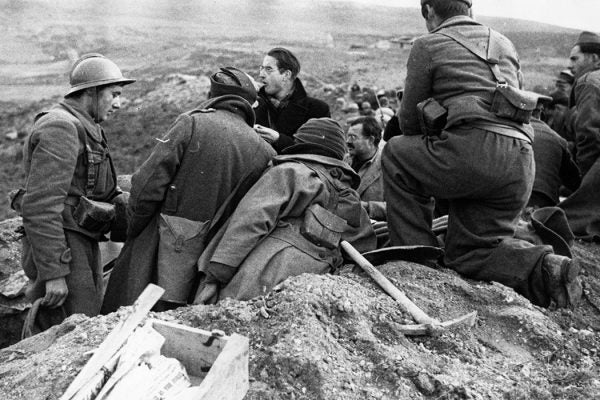 Foreigners fighting for Ukraine may call to mind the International Brigades that fought in defense of the Spanish Republic during the Spanish Civil War.