The people who chiseled Costa Rica’s stone spheres out of granite belonged to a distinct Latin American culture called the Chibchan. 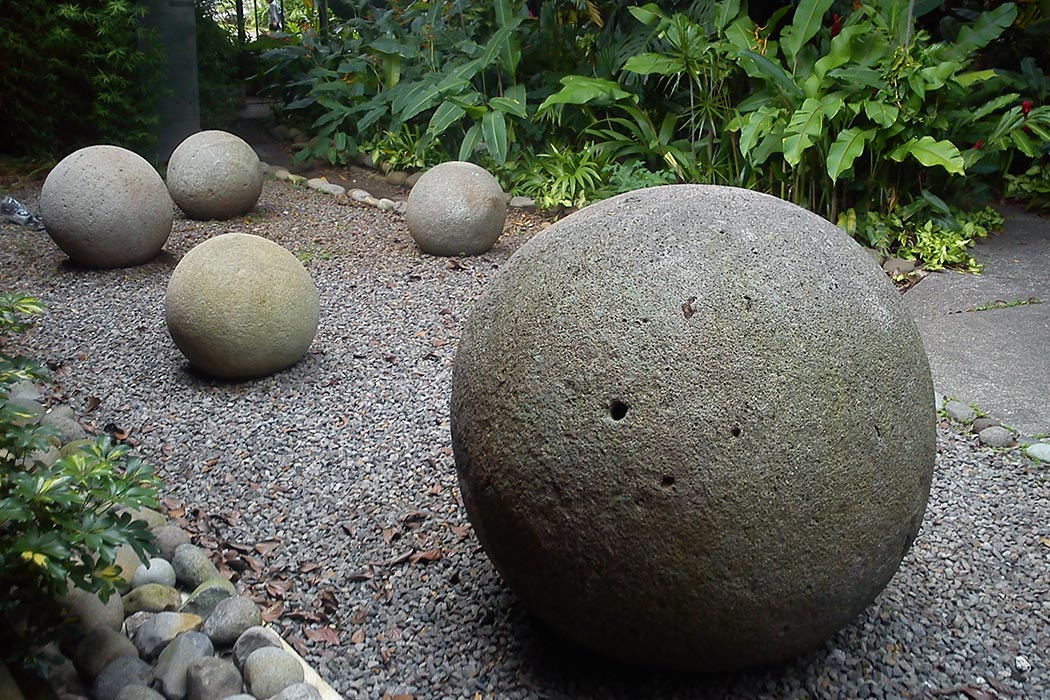 You know the scene: Indiana Jones has just retrieved a golden statue from a heavily booby-trapped temple. But removing the relic has released an enormous stone ball. He races through the narrow stone passages, dodging arrows and vaulting over pits, just barely managing to avoid being crushed by the stone. Of course, the temple, the traps, and its location are all fantastic creations, but the stone ball was inspired by real artifacts scattered across the Diquís Delta of southern Costa Rica.

The earliest known record of these stone spheres appears in the late 19th century, but there was no scientific reporting on them until the 1930s, when United Fruit Company began clearing large tracts of forest for banana plantations. There are around 300 balls of various sizes, with the largest weighing in at 16 tons and measuring eight feet in diameter. Thanks to the thick layers of sediment that kept the spheres buried, they remained (largely) safe from looting that occurred at other archaeological sites around Costa Rica (though some were still found and removed from their original locations).

In 2014, UNESCO placed the spheres on the World Heritage list, calling them “special objects of wonder and admiration… which are rare in their perfection of large-sized spherical structures but are also distinct for their number and location in their original positions within residential areas.” The spheres are undeniably striking, making researchers and tourists all the more curious about their origins. Who made them? And why?

Although scientists believe their creation may have begun around 600 A.D., there are some doubts as to when specifically they appeared. “These objects can be used for centuries and are still sitting where they are after a thousand years. So it’s very difficult to say exactly when they were made,” archaeologist John Hoopes told Science Daily.

The people who chiseled the spheres out of granite belonged to a distinct culture, little understood but unique among the many cultures of Latin America. Sandwiched between Mesoamerican nations to the north and the Andean people to the south, Costa Rica, and much of Central America, was home to the Chibchan for hundreds of years. In addition to these mysterious stone spheres, the Chibchan also produced gold and jade ornaments, exotic shell jewelry, ceramics, and iconography that included crocodiles, bats, birds, and monkeys. In addition, there are numerous examples of monumental architecture in the region, which is defined as architecture that “entails the labors of more than the minimal social unit to build, takes up significantly more space than other constructions, and commonly is elaborated by features, such as decorations, that distinguish it from non-monumental works.” These monuments could be centers of spirituality or religious practice, or centers for the societal elite.

The separation of classes was a defining characteristic for the Chibchan, says scholar John Hoopes. Their complex societies developed within the constraints of inequality and formalized hierarchies, with people specializing in different types of knowledge and skills. Between the fourth and seventh centuries, the Chibchan developed advanced villages, where individuals had different roles that followed them even into death. The privileged had larger, decorated graves. These societies developed around the same time Mayan society was flourishing elsewhere, leading to the rise of cities like Palenque and Tikal.

Much more is known of the Mayans, Incas, and Aztecs of South and Mesoamerica than of the Chibchan. History, in other words, has left us with more questions than answers. We do not know the reason for the construction of the stone spheres, or if they Chibchan villages belonged to an interconnected network, or if the priests in each of the towns worshiped the same gods. There are no written records of their culture, only the remainders of stone buildings and broken shards of ceramics and jewelry. While there is evidence of cosmology and formal patterns of activity in the region, researchers have not yet figured out what all of it means, or what it can tell us about the people who used it.

What they do know is that, like many of the larger, more advanced groups of the region, the Chibchan were decimated by the arrival of Spanish conquistadors. “The culture of the people who made [the spheres] became extinct shortly after the Spanish conquest,” said Hoopes. “So there are no myths or legends or other stories that are told by the indigenous people of Costa Rica about why they made these spheres.” In place of facts, we have only speculation. Even with the most dogged research, some answers, it seems, cannot be resurrected from the past. 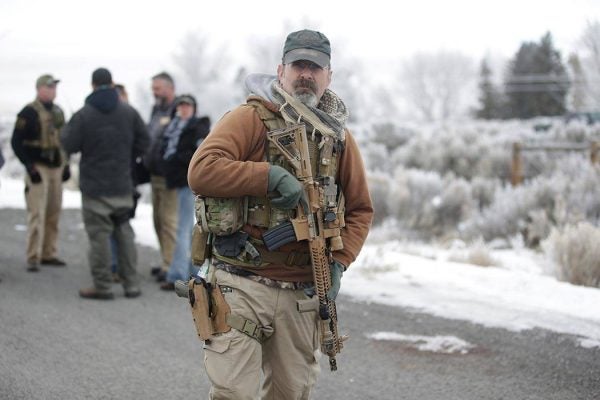 Where the “Well Regulated Militia” Clause Came From

The ideological roots of the concept of militias in America stretch back into English history.