While Norman Rockwell’s paintings struck a chord with the mass American public, that was not always not the case with art critics. 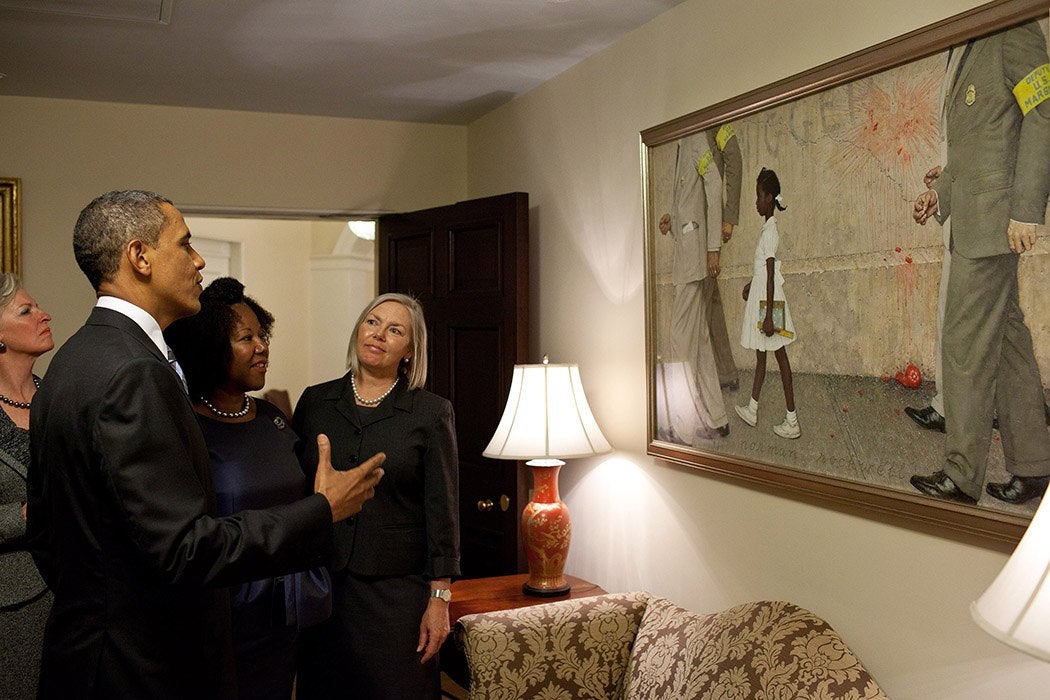 President Barack Obama, Ruby Bridges, and representatives of the Norman Rockwell Museum view Rockwell’s "The Problem We All Live With," hanging in a West Wing hallway near the Oval Office. Bridges is the girl portrayed in the painting. (Official White House Photo by Pete Souza)
via White House
By: Peter Feuerherd
3 minutes
Share Tweet Email Print

Norman Rockwell is known for his portraits of small town American life, featuring adorable children and happy grandparents. His work was incredibly popular in its time, and his paintings graced the covers of the Saturday Evening Post, a magazine that championed middle-American values through the depths of the Depression to the postwar era. While Rockwell’s work struck a chord with the American public, that was not the case with art critics. They generally found his paintings to be sentimental renderings with little social or artistic value.

But after Rockwell’s death in 1978, a cadre of critics decided that beneath the saccharine veneer of the artist’s work was a serious glimpse into the angst and division of American life. In “The Problem We All Live With,” for example, Rockwell depicts Ruby Bridges, a little girl striding confidently on her way to school. The twist is she is black, and her presence has set off a riot, with the evidence of thrown tomatoes on a wall in the background. “The Problem” was a depiction for Look Magazine of the integration of New Orleans schools. It was praised in some quarters for immortalizing the courage and dignity of a child walking through a hate-filled mob. The incongruity is apparent; she is only doing what little girls normally do, and the reaction is shameful.

One critic sees “Shuffleton’s Barbershop,” an apparent ode to small town Vermont sociability, as a deeper commentary on William Sidney Mount’s The Power of Music, done in 1847. The latter is seen as a statement about the alienation of black men from mainstream American society—the black man is set apart, listening from the outside, a symbolic statement about race in America.

When Rockwell ventured into social commentary, the end result remained prone to sentimentality.

Another of Rockwell’s iconic works is “Homecoming GI,” which was featured on a 1945 Saturday Evening Post cover. At first glance it appears to be a happy scene, as a mother comes out to greet a returning young soldier, a carpenter (perhaps a brother) stops work, and an admiring young woman demurely observes from the side of a building. Critic Alexander Nemerov, however, sees something different. In his reading, there is unexpressed angst pervading the painting. For one thing, the viewer only sees the back of the soldier, who stands distant, apart. The symbols of his childhood are all around, and yet there is a sense that he has grown beyond them, perhaps scarred by war.

Then again, for every critical embrace of Rockwell, there has been a backlash. Poet Christopher Middleton rails against a revised artistic view of America’s schmaltzy artist. John Loughery notes that, while Rockwell had a more complicated life than much of his art would indicate, he succumbed to the lure of homespun magazines and failed to “put his graphic skills to use for social ends that truly mattered.” When Rockwell ventured into social commentary, the end result remained prone to sentimentality. According to critics like Loughery, his “Rosie the Riveter” is no feminist symbol. Rockwell’s muscular factory worker is “a well-intentioned freak” who, while expressing the liberation of women during the war, will return to domestic tranquility once peace is established. According to Loughery, Rockwell’s sometimes-praised commentaries on race are tepid pictures offered in “tidy packages of liberal sentiment;” the figures in “The Problem We All Live With” are stiff, impersonal, and formulaic.

As segments of the art world grew more distant from mainstream American life, Rockwell, perhaps the artist who most embraced American conventionality, suffered in the critics’ eyes. Not even a burst of historic revisionism could change that dynamic. 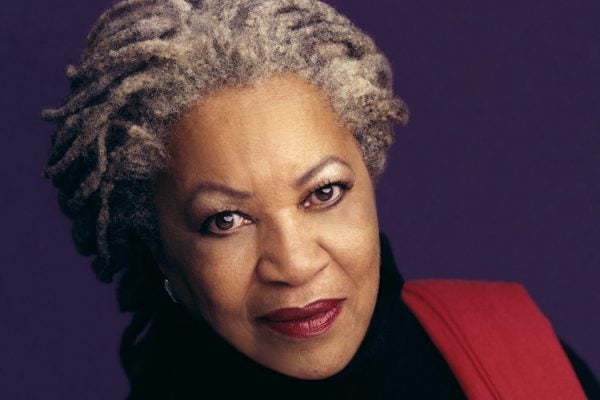 Toni Morrison, the first African American writer to win the Nobel Prize for Literature, was born to working-class ...